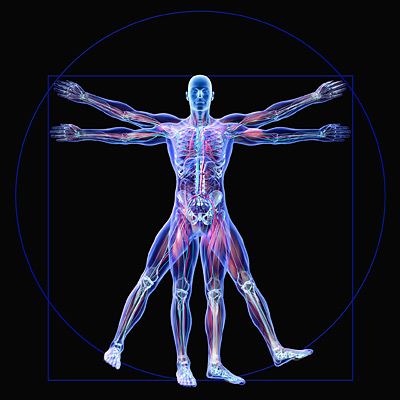 A Description of the Entire Structure of the Spiritual World and the Natural World: And a Concise Understanding of How the Lord Is in the Innermost of All Things

There is only one God and that is Jesus the divine human. There can be only one God by the nature of what the divine is. The divine is omnipotent and omnipresent, and there can only be One who has this power and quality. If there were two then neither would be omnipotent or omnipresent. (The slightest thought of two gods, as some have falsely held on earth, is utterly abhorrent to angels and good spirits). God is in the human form; He is the perfect human from creation, always has and always will be. Before the resurrection in the Old Testament in the Bible He was known as Jehovah; after the resurrection He is known as Jesus Christ who is the same one God as Jehovah, except with a new human. After the resurrection He took on a new human which is Jesus. He took on a new human because He was born as a baby from the womb in the world like other humans, and as He grew up He removed all hereditary evil from his body to the point that He so purified Himself of hereditary evil that He made His human divine in the resurrection.

We humans are made “in His image” meaning we are human because He is human, except He is infinite and divine and we are finite and human beings with a soul. It is a universal principle that all things created by the divine repeat the form of the divine. Because His form is repeated in everything, we are in the human form, and the human form is a universal form in the universe. In its actual shape and structure the whole of the universe is a complete human in all of its parts and organs in every minutest detail. This is known as the Grand Man, which is Jesus in His macro, and so it is true that we are in the body of Jesus. Even the animal kingdom, the plant kingdom and the mineral kingdom derive their nature from the human form, though they are (each in turn) more remote forms of it. Another way in which everything that exists reflects the form of God is that everything that exists is in a state equilibrium. This is a reflection of the fact that God is in the midst of the spiritual sun which is in union and equilibrium, just as the natural sun is a raging equilibrium between gravity and nuclear fusion. (See articles in the this blog on the universal nature of the human form). If one were able to see the whole of heaven you would see that it is composed of heavenly societies that compose and correspond to all the parts and organs of the human body.

The Grand man is the overall form of heaven; hell is not in the Grand man, but is its opposite, and in the shape of a Satanic human. (The Grand Man and Satan are enormous and complex far beyond our ability to understand, but we can conceptualize them in principle.) Now too see the whole structure of the universe Imagine the infinitely beautiful Grand man standing and facing the spiritual sun, (of which God Himself is in the midst). Underneath Him and facing away from the Sun is Hell in the shape of Satan, a monstrous human form. Hell is the negative opposite to the grand man. For every particular society and good in heaven there is an opposite evil society in hell. Opposite the highest heaven is the deepest hell, and so on. There is a perfect equilibrium maintained between them heaven and hell, but there is no union. There is no union because they are opposite qualities and forces that completely repel. It is important to see that though they are opposite forces hell has no source of its own. Those in hell receive life from God, but they have completely inverted and corrupted that life into selfish love and hate, and they have done so from their own freedom, not God’s will.
Hell, the Satan, is beneath, and upside down to, the Grand Man; the feet of the Grand Man and the Satan are close together but the Satan is facing in the opposite direction (away from the spiritual sun). This is an overall description of the entire picture.
Those who are in hell appear to them self to be standing upright, but the position just described shows their true spiritual state, which is that their feet are up and their head down.
Also, between heaven and hell is a chasm which separates them, and this is called the world of spirits. The world of spirits is in the spiritual world between heaven and hell, and it is a transitional place (state) that gradually prepares each person that dies for heaven or hell. The world of spirits can be a beautiful place or a scary place. Everyone there is undergoing a gradual process of vastation that prepares them for their eternal time in heaven or in hell. Vastation means to ‘be cleansed’. This means those who can receive heaven gradually go through a process of removing that in them that is from hell. Everyone has within them a ruling love and if that is primarily love to God and the neighbor then they are prepared for heaven. If their ruling love is of hate then they are prepared for Hell, and that which is from heaven is removed from them. Those with a ruling love for heaven are vastated of extraneous loves from hell, and those with a ruling love of hate, are vastated of extraneous loves for their society in hell. Each person in the world of spirits is gradually gravitating to the east or west, the east being toward heaven and the west toward hell. Life on earth is in perfect equilibrium between the forces of heaven and hell. Because heaven and hell are of the spirit they are outside time and space and can be present to people on earth and to people in the world of spirits. But heaven and hell are spiritually separate and only on rare occasions, as an exercise in learning, do they approach each other. When a person of hell comes close to heaven they begin to suffocate and choke unto death because the spiritual atmosphere of heaven is composed of qualities of love that are destructive to their very life (their opposite ruling love). The world of spirits is somewhat like the natural world in that in it there is good and evil, but people’s abilities are much more refined, and in this place they are being prepared for heaven or hell. The world of spirits is a sort master growth processing place in which the falsities of thought and self perception are removed so that one come into their true self. This is of course for those going to heaven. Hell is for those who have not prepared them self on earth to be able to receive this process. The refuse and reject every prompting and effort of the angels to the point they choose to be in hell, not necessarily consciously but by their actions and because their ruling love is hate. The world of spirits looks in every way very much like earth life, but the people don’t have physical bodies, but spiritual bodies, and as they gradually realize this they see that their faculties are many times greater and more astute than they were in the world.

Here is a concise explanation showing how and why it is that the Lord entered the innermost of all things in the resurrection. As I have shown in other articles, such as the ones on infinite minuteness and the ones on the glorification – the form of the creator is repeated in each and everything He created. We can readily see this in two ways, one is that the human form is a universal form in both the natural and spiritual worlds. If one were able to see the whole of heaven you would see it is in he shape of the Grand Man (Jesus who is God), and all things in it interrelate in the the way all the parts of the body interrelate and function for one overall purpose. The human form is the highest form in the universe and even things of lesser degree like the animal kingdom, plant and mineral are remote forms of the human form in their dynamics. So since Jesus Became the human of God in the resurrection in that process He became the universal human, the Grand Man, when He resurrected.

The second way we can see the human form is a universal form is the way in which everything that exists reflects the nature of God, which is by the principle of equilibrium. The nature of God is that of Union, in that there is a Holy Marriage between his divine human and divine soul; and from this marriage proceeds the Holy fire like a fountain that gives and sustains all life. A natural image of this can be seen in the sun in which the force of gravity causes nuclear fusion, which results in an equilibrium between the immense force of Gravity and fusion. And from the sun proceeds light and heat as from a fountain that sustains all life, just as wisdom and love proceed from spiritual sun which Jesus in the midst. This union in God is reflected in every single thing that exist by an innate force that results in equilibrium. The striving for union results in equilibrium. For anything to exist it must have a from, and to have form it must be in equilibrium – as seen in everything from the sun to an atom – so this universal equilibrium is the way God is reflected in everything single thing that exists. As described above, in the process of the resurrection Jesus renewed the universal form of the divine human; thus He fulfilled and contains the infinite shape and variety of all things in the Grand Man by this process. By this process in the resurrection the Lord has immediate relationship and presence to everything; and, by this process, He exponentially increased the light available in all the natural and spiritual worlds. This is why the Holy spirit showed up after the resurrection. The Holy Spirit is the presence of God, and we are all in the body of the Grand Man. He tells us in John “I draw all things unto myself”. Before the resurrection light to man was like that of the moon, but after is like the light of the sun.

How I try to be a Christian in this World