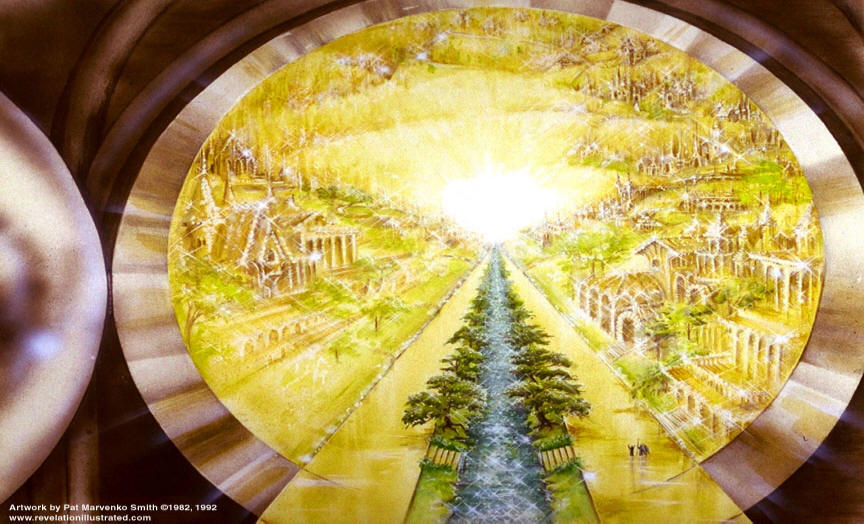 “Therefore my people have gone into captivity, Because they have no knowledge; Their honorable men are famished,
And their multitude dried up with thirst. Therefore Sheol has enlarged itself. And opened its mouth beyond measure”. (Isaiah 5: 13,14)

A time of Loss of equilibrium, otherwise known as an apocalypse, has happened three times in history – at the flood in the time of Noah, before and at the Incarnation of Jesus, and at the time of the second coming. These are times of true apocalypse, because once the imbalance begins to go toward evil there is no power to stop it, other than God. In these times it’s amazing to see how God follows his own rules of divine order, meaning there has to be a process of how to overcome the problem in the natural and the spiritual world in tandem. God corrected it differently each time.
Loss of Equilibrium is when accumulation of evil becomes greater than that of good in the natural and spiritual world. In this condition to the degree there is an imbalance there is a measure of loss of freedom for man, which is a horrible thing. The imbalance is always toward evil because evil is always the initiator and aggressor of attack. In normal circumstances, (by normal I mean when there is equilibrium), neither demons or angels can compel a person toward heaven or hell; they can influence and persuade but they cannot violate free will. In the disequilibrium evil gains the ability to be able to compel people to evil which is the cause of the horror of a time of Apocalypse. Once disequilibrium starts it will only increase for it is the eternal desire of hell to destroy mankind and turn them into demons. Human beings by themselves cannot fight the arts of hell in a disequilibrium, only the power and love and presence of God can help one fight it. Those who are in this love can be protected. Our acknowledgement of Him and our love of Him receives His presence within. The relationship between God and man is reciprocal in this way.
In the centuries before Christ there was a long decline in the Jewish religion that resulted in dire separation from God. In the accumulating darkness, as people died and entered the spiritual world, evil spirits intercepted even the good through artful deceptions and led them into the cities of their false heaven. This caused an overabundance toward the evil realm. These false heavens with their deceptive leaders were bringing good people to their side in great abundance. (Apparently most of these in their heart did not become evil, but were controlled and manipulated by evil. I think God knew their heart and protected because it was the just thing to do.) Those in the real heaven were greatly distressed that good people were deceived and held in these cities. They lamented the loss and beseeched the Lord to release them. Swedenborg describes how the leaders of these cities sometimes posed as religious leaders, or even family members to persuade people to their side. These pseudo-heavens were below heaven in the world of spirits. The spirits who were held in these false heavens are known in the Bible as the captives, which I have written about more on my blog. The over-accumulation of spirits (people who have died) in these cities of pseudo-heavens caused a dark cloud, as it were, between heaven and earth. Understanding this is key because it is a significant part of the process that caused disequilibrium. The increasing cities of the false heaven actually obstructed the reception of heavenly influx to humanity on earth, thus accelerating darkness. This is what is meant by “Sheol has enlarged itself and opened its mouth beyond measure.” As the false heavens grew larger, the dark cloud of interference between heaven and earth grew greater. The less heavenly light there was for humanity on earth, the more power evil gained. Here is another verse that refers to the loss of equilibrium between heaven and hell: “For we wrestle not against flesh and blood, but against principalities, against powers, against the rulers of the darkness of this world, against spiritual wickedness in high places” (John 6:12). This verse refers to a battle and evil forces infiltrating and occupying ‘high places,’ meaning heaven. As the forces of evil grew, they were like a marauding army ransacking the first levels of heaven, and taking residence; constantly deceiving the people in the world of spirits and the angels in the lower heaven in a thousand horrid ways. Matthew describes this when he says, “And from the days of John the Baptist until now the kingdom of heaven suffereth violence, and the violent take it by force” (Mat. 11:12).

But here is the great good news. The second coming has been accomplished. We are now in the ‘Church of the New Jerusalem’ that is spoken of in Revelation. In accomplishing the second coming the Lord promised He would never allow a disequilibrium to happen again. What is so significant about this is that it profoundly impacts our Christian world view. Many evangelicals feel and predict that there is still an apocalypse to come, the events of the millennium and all that implies could come any time. This expectation involves a great deal of gloom and doom. It is often preached that terrible, dark times are to come, that Christ is to come back on the earth and lead a great parade on a white horse, and the chosen will be raised to heaven and so on. (In reality the ‘chosen being raised to heaven’ refers to the great joy of the captives who the Father released from the false heavens – this is known as the harvest time). But for hundreds of years and still now-a-days people are constantly conjecturing that so and so was, or is the anti-Christ, and various world events are ‘signs of the millennium’. Some say Hitler was the anti-Christ. Now liberals say Trump is, and conservatives say Obama was, but none of this is the case.
In the Church of the New Jerusalem the state of things is that there is great good news, but there is no free ride. The good news is Christ is present to us directly and immediately and He will never not be so. There is no coming apocalypse. The difficult news is that this world of earth-life is always in the balance between good and evil. As I have said many times before, in this world we suffer and have joy and learn, because we are in freedom, and we need to be reformed and repentant to remove evil inclination in us. Freedom is the double-edged sword that is both the means of salvation and the cause of hell! This life is both amazingly wonderful and one hell of a bitch. Hell cannot compel us and heaven can’t give us a free ride. In today’s world there is a lot of genuine charity in the church, and there is also a lot of falsity, ill-will, and alienation in the world. We have the Trump movement, and we have the globalist/socialist movement battling it out. That’s the nature of equilibrium, it goes up and down, and all around, but we’re are still free working things out. We are protected by Christ – should we choose to accept it. In that we can always trust!