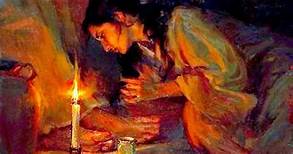 A look into How the Stratagem of False Compassion Extends Under the Skin of Society and Comes From Spirits of Evil: The Example of Kathy Griffin, Part 1

I have written several articles on the phenomenon of false compassion and how significant it is in modern political thinking. In the article about the new era of thinking I wrote about this same subject, and it would be good to read that one first. In that article I identified falsities in both the left and the right. The subject of this article is particular to the left and its way of thinking. In this article I will further extend this theme to show how it is a repeated pattern in history and that it comes from the machinations of evil from the spiritual world. It is a psychological syndrome that is a destructive force on society, but wonderful to say, it is being identified and fought back against with excellent awareness by the Salt of the earth people and the Trump movement.

People who invest themselves in the bubble of false compassion cannot help but to become passive aggressive. This is of course in varying degrees. Kathy Griffin freely plotted the very ugly and hateful act she did, then apologized for it, and after that she blamed Trump for ruining her career. Her reason for blaming Trump was based on ‘how she perceived things and felt’. In liberal reasoning they believe the oppressed should be given rights based on how they perceive things, even on a legal bases they think this reasoning is sound. In their political ideology progressives base compassion on the ‘perceived oppressed’, which means they give compassion without discernment. This is a blanket compassion that overlooks real dangers, and denies practical reality. Katy Perry recently said we should open the borders and that we should learn to love all people. This sounds good, but it is a falsity, because it is not of wisdom. As I have said many times it is a falsity because it only considers half the equation. True compassion is one with wisdom; we are to be harmless as doves (compassion), and wise as serpents (wisdom). Unless both of these done together neither is real; believed in and acted on separately they become falsities. Together they are in wholeness and sound perception of things and good decisions can be made. To only operate on compassion and to ignore the function of wisdom is to operate on half the equation, and as a result they must deceive themselves and others in regard to the other half. So celebrities and the liberal minded, people like Perry and Streep who say these things are really acting, consciously or not, as deceivers. This is the essential cause of PC thinking that is an insidious sort of mental influence that is deep under he skin of society. It is currently pushed and pushed to the point the ones who do it lose a sense of perspective, and allow for and justify evil actions, refusing to acknowledge that in doing so their will becomes complicit with the evil. They do not think this is possible of them and deny it, because in their mind it is not possible they are being duped. Compassion is the undeniable position of good in their mind, it is of peace for all; it overcomes all; but in its blanket form it is a lie, and the tool of evil. This PC denial becomes a mind control on society. This is also a repeated pattern in history because it is the trick of evil spirits, and evil spirits repeat the same games over and over. But it gets much worse. People like Griffin take it to its next extension, which is hate and cruelty. Hate and violence is the inevitable outcome of persisting in this kind of thinking.

When false compassion enters the will (meaning the practitioner fights for it as essential part of ideology) it eventually becomes cruelty. This is because the mind and emotions become inverted, that is, what is in their will dominates their mind – while trying to appear as the opposite; in truth reason from good affections is meant to lead the will. It doesn’t matter how intelligent the person is, when emotion leads the mind, the mind justifies its cause. In such a case the emotions have become ‘in sympathy with the devil’. Another part of the reason false compassion becomes cruelty is that on the surface their endeavor is about compassion, but it is really about power. Those who believe in half the equation of necessity fight against the other half of the equation. This is a state of dissociation, in which the person willfully overlooks common sense. This is part of what the Lord means when he says you are either for me or against me. There is no such thing as being neutral to God; it is the nature of all spirituality to seek the union of compassion and wisdom together, not separately. Without seeking union between compassion and common sense the person is being natural – and not spiritual – no matter how much they want to appear spiritual.

So in current political events on can see most of the left acting all this out. People like Obama, Lynch, Schumer, Rice and Hillary are examples of this syndrome. They are disingenuously serving a power agenda for globalism in the name of compassion; and this justifies cruelty, such as rioting, fighting, abuse of authority, and corruption. Their ‘compassion’ is not discerning, but embraces the ‘oppressed’ and the enemy without looking at their quality. This is seen in the way they pander to Muslim refugees when they have repeatedly killed innocent people in horrid willful ways in the name of religion. Their compassion cast a blind eye to real danger. It is also seen such things as Black lives matter killing cops, the four teens that tortured the disabled boy on tape, and Kathy Griffin’s video, and many others.

Lets look at how this works with global warming. Global warming is ‘the cause de jour’ of the left. It is supposed to be about love for the planet (which it partially is, or began as) but in reality it is used for political leverage to bring about globalism on the earth – an enormous power play. The Paris accord involved billions of dollars taken from the wealthy and distributing it to the biggest polluters, China and India. So its money that is not even addressing results, and there was no proof of its intended effect. It is an enormous snow job on humanity; it defied all common sense. Global warming had become a religion to its followers, because it is essential that it be a righteous cause for their power play. This whole game is an abuse to nations and to the souls of those in its deception. The deception, or mind control, of this game all begins with false compassion. What is really most sinister about it is that global warming is the means of an un-Godly pursuit; it is the goal of evil to take away freedom and set up a socialist/communistic rule in which it can then run the world over with evil very easily.

Now lets look deeper into how it is a function of evil. The syndrome of false compassion is an old trick of evil forces, and what is evil perpetutes hatred and cruelty. Kathy Griffin and the like’s actions exemplify PC thinking that has no perception, and especially no self-perception. Swedenborg calls this an ‘unseasonable compassion’ and identifies it as a recurring tactic in history and in hell that seeks to occupy the will of people. It is mostly used in free societies with Christian ethics – for compassion is a tenant of Christian values. Below Swedenborg describes the interaction between those in hell who use it with those on earth:

“They (spirits in hell) persuasively induced the idea of the Lord’s becoming placable towards them; and because they induced a degree of this persuasion upon me, it was not given then to instruct them that if they were to come into the spiritual world they would destroy whomsoever they should find by an unseasonable compassion. Others were greatly moved, they knew not whence, to exercise a like pity, and because they penetrate even to good spirits, or to the proximate or intermediate societies, both evil and good… those who were so unseasonably compassionate…were prone to every species of wickedness, nay, that by a persuasion similar to that of the antediluvians they would excite nearly all that came in their way to the perpetration of the same enormities, for they pressed on with the utmost contumacy [in their instigations]; they were invisible, and wished their agency to be concealed; though long sought for, they were not to be found; thus neither could others know whence such a wicked insanity poured itself forth, acting as they did in disguise, and at the same time inspiring compassion. Thus in order to excite at once both the evil and the upright, they craftily insinuate themselves into good affections, having deceit [continually] in view, and consulting their own interests solely, nor caring if the whole universe should perish”.

This shows how deeply deceptive the use of false compassion is and where it comes from. It comes from the machinations of hell, and it is of the utmost importance to see how their trickery works for that is the only way to stop it. It is very difficult because they are expert at not allowing the person to see where it comes from and how it works, which I am seeking to show here. As Swedenborg says the end goal of these spirits is the destruction of the world if it were to be carried out to its end. Many current leaders at the top of the chain are visible examples of this. The reader can probably see yourself many examples of it, but I shall name a few to stimulate perception. Hillary has had a long career with little real accomplishments, and full of corruption. When she lost the election to Trump she has come up with every excuse in the book. She accuses others of what she has done, and has no self-perception of the hypocrisy of her accusations; this is a primary quality of those caught in this stratagem – they have no self perception. Soros is the greatest example of this. Behind the scenes he funds and works in a dedicated way to undermine America, and democracies around the world in order to bring about a one-world global agenda. As Swedenborg wrote they stubbornly refuse to receive real compassion from God so cannot change. Some move into the more advanced stage of becoming hateful and cruel as shown by Griffin, Hillary, Soros, Lynch, Rice, Schumer, and Obama; and some are examples of remaining or appearing peaceful, but become totally impractical in their positions like Perry, Streep, Pelosi, and many others.

How The Knowledge and Love We have Here for the Lord Effects Our State in the After Life; Or, Why it is Significant to Explore Deep things of God?

Part 2: “The Stratagem of False Compassion In History and Now: How It is from Evil, and How to See Through It