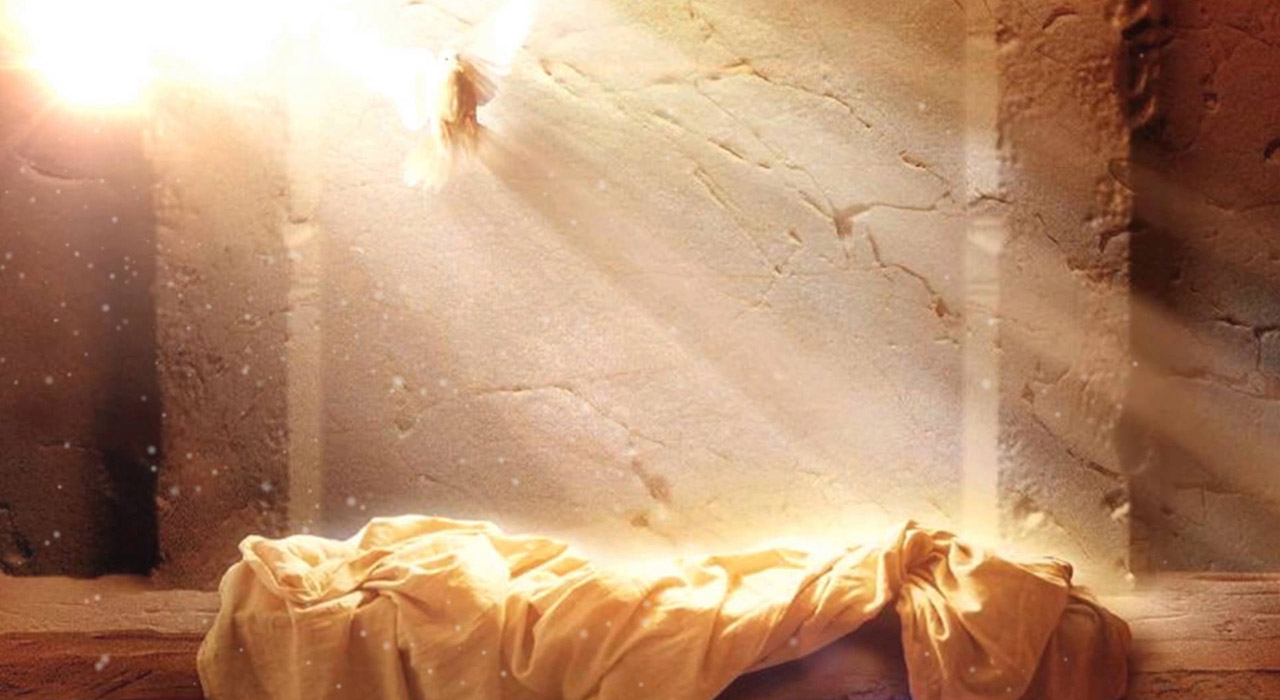 Evangelical religion teaches that Christ is yet to come; that sometime in the future He will return to earth and lead a grand parade on a white horse and take the good up with him, and send the bad down. On the other side, scientific thought and humanistic, progressive religions assume that we are constantly evolving and that Christ was an event on a linear, ever progressing timeline. In regard to Christ and His church both these are misleading for this reason: all lines of truth lead to the moment of the resurrection; this is where our eyes can look and have the greatest perception of him. In the moment of the resurrection the substance and order of the universe was forever imprinted and changed by Christ’s ultimate act of love, a height of love that had never existed before. He so purified his human body of all evil during the course of his life until the last temptation that His human body merged with his divine soul (God). His human body became divine and entered heaven in the spiritual sun; He is the only one to ever do this and the only one who ever will. In that moment He ‘drew all things to him’; He entered the innermost of all things. This is not a poetic metaphor, but refers to the actual structure of the universe. This can be seen by Jesus’ mighty act of overcoming the terrible darkness on the earth at the end of the Old testament, by His subjugating of the forces of hell, by building an enormous chasm between heaven and hell, and by putting all heaven back into divine order. This moment bursts forth like a sun on the timeline of history! and is ever maintained and sustained by the same power by which he performed creation. As the Bible says in many places, before the resurrection earth was under the reflected light of the moon, but after it was in the direct light of the sun. After, He became the alpha and omega, which means this: after the resurrection, by making his physical body divine, Jesus entered the material level of the world and the whole universe directly, whereas before He existed in the spiritual and the celestial levels and governed the natural through the mediate action of angels. This has enormous implications. By incorporating the natural He made ‘the whole’ burn exponentially brighter; now the logos, the Word, was available to man by immediate influx, not by representation as it was before. Another way of seeing this spiritual thought is this: the eternal is not linear, the eternal is the presence of God. He is outside time and space, present to all time (past, present and future) and all space and places. By becoming a human on earth and then bringing his human into oneness with God, He removed all obstructions between heaven and earth and lifted up everything. This is why Christ is the perfect man, the redeemer, the father, the hero of heroes, and we are all inside His body. He is the macro and He is the most internal inside us. All lines of meaning lead to Him because of these eternally redeeming acts of love and awareness; – not to a futuristic future. All knees bow to him, for those who fight against his love, fight against themselves in a dark place for eternity; those who live a good life and acknowledge His way are in happiness and ever increasing joy. Either way, all humans are defined by their attitude toward Him.
This is also why even in the natural world time and history are measured from B.C. and A.D.

Implied in the idea of the Logos is the idea that there is an intrinsic form in man, which comes from the form of God, and that this is the means by which man can know Him. The logos manifests as a thirst only Christ can satisfy.