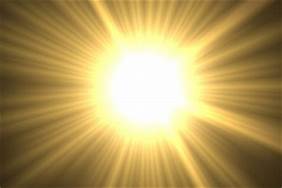 Science’s ability to penetrate some of the secrets of physics that occur in the sun offers the opportunity to look deep into potential correspondences. Science shows that everything that happens on earth occurs by a process, and correspondingly Swedenborg demonstrates that everything that occurs in the spiritual world occurs by a process. It is very important to grasp this concept, and we can only do so by practicing on particular examples. Humans have an ingrained habit of ‘magical thinking’ when it comes to the spiritual world, meaning we tend to think that things just happen there, that God makes them by the wave of the hand. But we know everything with humans is a matter of gradual growth, and accomplished reciprocally; and that everything in nature requires a process. It is the same in heaven: in heaven people don’t just sit on a cloud and bask in God’s light, but experience fulfillment through being useful in all the same type of occupations we have here. Everything is relational in both worlds. Only in heaven people passionately love serving others more than themselves.

Let’s look at the example of the sun again. Einstein discovered that the source of the sun’s power is nuclear fusion. The sun’s mass is so enormous its gravity causes unfathomable pressure and heat in its core. The pressure and heat cause the atoms to accelerate to incredible speeds at close proximity. Hydrogen atoms normally repel each other, but the heat and pressure at the core is so enormous it causes the Hydrogen atoms to smash together and split, forming a new element – helium. In the process they release heat, and light as photons, and the massive power of the explosion seeks to expand to the surface of the sun. This is nuclear fusion, the engine in the suns core. The sun is anything but static; within the sun there is a constant tension, a raging battle between gravities crushing inward force, and nuclear fusion’s immense expansive fire. But the two forces settle into an equilibrium that lasts for billions of years, and together provide all the elements in the universe, and the heat and light that sustain life.

It is a universal principle that that which is created by the source has in it the inclination to repeat the form of the source. The master example of this is that humans are made in the image of God. The equilibrium between the forces of gravity and nuclear fusion in the sun defines the form of the sun, and because the sun is the source, the form of equilibrium is repeated in everything that exists. For anything to exist it has to have a form, and anything that has form has some kind of equilibrium that is the cause for that form. Based on this principle Swedenborg writes that just as there is an infinite largeness there is also an infinite minuteness. There is nothing so minute that there is not something smaller that is the substance within it. For instance an atom is a form that has within it electrons, neutrons and protons spinning around. As science keeps discovering, even the protons and neutrons have smaller things that compose them, and there are smaller things yet which compose these, and so on. It is beyond our ability to comprehend infinite minuteness, but based on the principle of form, substance and equilibrium we can see it must be true.

Another correspondence we can see in the sun has to do with the fact that the divine contains infinite variety, and is the source of life. From the divine human in the spiritual sun manifests the infinite variety and continual abundance of life, similarly, there is nothing that exists in nature that is exactly the same as anything else. For instance, science shows that snowflakes can be very similar, but never exactly the same. It is the same with everything. There are no two human beings that are the same, or ever will be.

To see how suns are the source of all things in nature, and the cause of variety, lets look more deeply at what happens in the sun. Scientists teach that the nuclear fusion taking place in the sun is the cause of all the elements of the universe. A sun like ours is only big enough to produce helium, but stars bigger produce such massive gravity that they have enough heat and pressure to create heavier elements such as sulfur and iron. These heavier elements are only created in supernovas. The elements are made by the incredible heat and energy released when the supernova explodes. Scientists report that the heaviest of elements, such as Gold, are made by the even more enormous explosions that occur when two neutron stars collide. This is why the heavier Elements are more rare. These incredible explosions send the elements out into the universe. And from these elements and their infinite combinations, all the things in the universe originate – planets, galaxies, new stars, and all living things. Scientists describe supernovas as the mother of all substances and objects in the universe. From this information we get an idea of the essential correspondence between God as the source of all things and their infinite variety, and the sun as the source of the abundance and variety in nature.

Divine love in the spiritual world appears to the sight of angels like the sun, as far distant from them as the sun of our world is from men. If therefore God, who is in the midst of that sun, were to come close to angels, they would perish just as men would if the sun of the world came close to them, for it is equally burning. For this reason there are constant controls which modify and moderate the burning heat of that love, so that its radiation should not reach heaven undiluted, since this would consume the angels. When therefore the Lord makes His presence more immediately felt in heaven, the irreligious beneath heaven begin to complain, suffering torture and fainting, so that they take refuge in caves and fissures in the mountains (TCR, 691).

This corresponds to the fact that where there is life on a planet there must be the right distance from the sun, and also, a certain delicate balance of characteristics on the planet that protect the life there. Earth being at the perfect distance from the sun is a clear correspondence, but there are many more subtle comparisons to be made. For instance scientist have discovered how essential the magnetic field of the earth is to protecting life against the power of solar flares and radiation. (When solar flares are too big people on earth complain that they take out our electrical systems.) The motion of molten magma inside the earth causes a rather weak magnetic field around earth, but this magnetic field is strong enough to form a barrier around the earth that deflects harmful solar radiation. Also, just the right tilt of the earth’s axis creates the seasons around the globe, which is important for many things, especially maintaining moderate temperatures, a variety of climates for life, and especially a stable atmosphere. These factors, plus just the right amount of water on earth, produce a healthy atmosphere that provides essential protection from the sun’s radiation. The moon provides essential protection for earth by stabilizing its rotation on its axis; without this life would be thrown into dramatic cycles of destruction, mostly due to sudden huge temperature changes, and loss of a stable atmosphere. All of these factors, and many more, work together to maintain a delicate balance; they correspond to the ‘constant controls which modify and moderate’ the burning heat and light of the spiritual sun from harming angels. I am not a physicist, but we can see these correspondences readily enough on the level of principle. The more detailed one’s knowledge of science the deeper the correspondences that can be seen.

“That the union in the spiritual sun is holy, and in its interiors most holy, is very evident from the fact that in every detail of it there is the heavenly marriage, that is, the marriage of good and truth, thus heaven; and that in every detail of the inmost sense there is the marriage of the Lord’s Divine Human with His kingdom and church; nay, in the supreme sense there is the union of the Divine Itself and the Divine Human in the Lord” (AC 6343).

It is as if His body (Jesus) is the candle and his essence (God) the wick, and the marriage of them produces the Holy fire from which radiates infinite love and wisdom. This bond, or marriage, and resulting Holy fire, causes the form of the spiritual sun. The Holy bond between Jesus and God was forged (in all wonder, pain, joy, and beauty) in the glorification process while Jesus was on earth. In the resurrection the Lords body was made divine, and merged with the divine essence. What radiates from the spiritual sun around the Lord is the universal spiritual substance of life, – love and wisdom – just as heat and light radiate from the natural sun. Love and wisdom are spiritual in nature; indeed they are the indivisible spiritual substance of life, not abstractions.