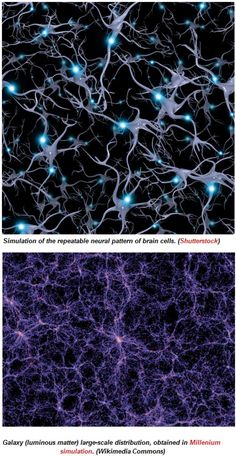 We have been studying how it is that the universe is infinite and yet at the same time contained. The universe is contained in the sense that it is in the shape and form of the Grand man, which is God himself. At the same time the universe is a real and utterly particular infinity which includes every minutest detail. The universe is truly infinite in that there is no end to it that can ever be reached and it is expanding and ever increasing continually. I think this paradox is is also resolved by the points where the natural universe crosses over into the spiritual world.

So now studying the correspondences in the skin of the Grand man reveals several interesting insights. We study the skin because it is the outer layer of the Grand man, so it is the boarder point and we need to see what happens here. As I said in my last article on this subject the reason, I believe, that the universe can be both contained and infinite at the same time is that the natural world cycles into the spiritual world where there is no time and space, and the spiritual world cycles into the natural world, and between the exchange there is an equilibrium and continual increase. The skin is a major component where this takes place, (although there other major ones as I mentioned before, particularly the breath and the anus to be studied later). Our main mode of study here is by correspondences. We are looking for the connections between the spiritual and physical uses of the skin, principles of the the big bang and astrophysics, and spiritual principles about the Grand man and heaven and hell.

It is a universal principle that everything has its beginning in outermost, meaning material structure is the base and container that first takes form. Swedenborg writes: “the spiritual is actually evolved out of the natural, and when evolved, the natural surrounds it as bark surrounds a tree and a scabbard a sword. It also serves the spiritual for protection against violence”. (Conjugal love 449.) Science shows that the early universe just after the big bang was a ‘boring’ place, that it was basically a big fog of hydrogen clouds. It was monochromatic, just a big gas cloud without any suns yet, but dark and bland.

In an embryo science tells us that the first parts to form in the baby are the endoderm and the ectoderm, which is largely the skin and the tissue linings that are the beginnings of the inner skin, some of the organs, the nervous system and arteries. Without being a doctor it is too complex to try and do a study of the physiology of embryonic development, though its helpful in general to see these are the beginnings. Let us get straight to the point and look at the correspondence Swedenborg makes on the matter. There are layers to the skin and the inner layer has many nerve endings. In Physiological Correspondence, Worcester (The great Swedenborg pastor and author) writes: “Microscopic investigation shows some of the nerve fibres ending in the papillae, in loops or “tactile corpuscles”, and many more divide into little brushes; and what they do there, it is difficult to determine from science, here Swedenborg’s more than microscopic insight takes up the subject: “What the fibres do in those most delicate of fleshy forms (can be known) when you know that the vessels are woven from the fibres, and that the intermediates are formed by the extremes! The nervous fibres are weaving there the beginnings of the blood-vessels, or the fleshy fibres. They coil themselves into minute invisible tubes, called corporeal fibres, and these again into larger tubes which are the finest fleshy fibres of the papillae, and are the last subdivisions of the arteries, too fine in their ordinary state to carry red blood, and these combining extend their delicately woven walls to the lining of the arteries; and thus through the arteries, the heart, and again the carotid arteries, the nervous fibres return to the brain.” He is describing here how the beginning of the vascular system begins in the skin. This is a great example of the universal pattern that life begins in outermost, that is, how external material elements develop and move toward the internal. We can visualize and understand this more easily by looking at the correspondence between the core of trees development in leaves and the vascular/nervous systems of humans in skin and linings. In Physiological Correspondences, Worcestor continues:

“The idea that the beginning of the arterial system is in the skin, not the heart, at first may seem surprising; but it is illustrated by the similar and well-known fact that the beginnings of the woody fibres of trees are in the leaves, not the stem or the roots. Through the pith and the delicate fibres of the bark, nourishment ascends to expand the first tender leaves, and from these descends the first woody fibres between the bark and the pith, as well as new fibres of bark, and extend themselves to the extremities of the roots. Through these woody and cortical fibres sap afterwards ascends to the leaves, and by their means new buds and leaves are formed, which in turn send down other fibres, and thus the trunk of the tree grows in concentric layers of wood, every fibre of which has descended from the leaves”. In a similar way, according to Swedenborg, the materials and strands of the nervous system, beginnings of blood vessels, tissues of the organs are produced in the skin, and then sustained and reproduced from these. In Swedenborg’s view the process of membranes being produced in the ‘ultimates of the body, and especially from the skin’ is manifestation of universal principle that applies to all the universe. Worcestor continues: “Before the heart exists in the embryo, ramifications of blood-vessels are seen, which indeed soon unite in the heart and afterwards act from it; and these undoubtedly assist in the formation of other vessels and tissues, which are everywhere woven from the nervous fibres, the blood-vessels cooperating and afterwards sustaining them”.

That all birthing begins from the outermosts first is consistent with the beginning of the universe as scientists describes it. Now that we have some understanding of the process that takes in the skin we are going to look at the correspondences with the skin on three levels – the universe, the body, the spiritual world. The outer skin, which is part of the the outermosts, is scaly and comparable to the quality of tendons. Spirits (former people) from societies in the spiritual world that correspond to the skin are dim and almost completely external minded; they have little consciousness. They are very fixed in their ideas and only discern whether something should or should not enter. The people of these societies think they know everything but know almost nothing. The quality of the early universe was like this in that it was just a undifferentiated cloud of hydrogen without much distinction or variation, – and it was in the dark. Gradually the gas clouds clumped together, formed into strands, and eventually caused gravity as they formed into spheres. The formation of strands of material in the universe (which are fundamental to its structure) corresponds to the formation of the nervous system and arteries. These strands are fundamental in forming the cosmic web which is the basic form of the universe that has been mapped out. It is these strands no doubt that correspond to the function of transferring material from the external to the internal, as we showed in the pith of trees and in the tissues and nervous system of the body. The spheres of gas clouds perhaps correspond to the beginnings of the hearts and perhaps other organs. The large balls of hydrogen became dense and their gravity increases, and when gravity becomes immense in their core nuclear fusion is ignited and stars were born. The ignition of stars in the early universe, I would suggest, corresponds to the beating of the heart and the beginning of consciousness. Eventually the cosmic web we see now in the universe was formed in all its incredible variety of dark and light. The Cosmic Web is the overall picture of the universe that scientist have accumulated – and it looks exactly like microscopic pictures of the nervous system, synops, and the brain!

In speaking of the period of star formation scientists say that it was a magnificent time in the universe’s history. They describe it as a fireworks show taking place, because of all the stars suddenly igniting. The clouds of hydrogen stayed for a time but were gradually organized and clear space later became dominant. This compares with the statements in the Bible, where it is says: “The earth was without form, and void; and darkness was on the face of the deep”. (Gen. 1:1) “Let there be lights in the firmament of the heavens to divide the day from the night; and let them be for signs and seasons, and for days and years”.

With the formation of stars tremendous differentiation took place. Scientist say that the early stars were enormous, far larger than most stars today, and that they did not last nearly as long. It is in the core of stars that all the variation of elements are made; and the higher elements are made only when huge stars explode in a supernova. All the materials and elements of the periodic table are produced in the core of exploding suns. Only the biggest stars produce supernovas, and depending on how big the star is, supernovas produce all the higher elements on the periodic table, like copper, silver, gold and others. A supernova sends new elements, light and gas far and wide throughout the universe when it explodes. These clouds of gas again congeal, and form a second generation of stars and along with planets, asteroids, gases and all. This gives an idea of the incredibly complex differentiation that took place and formed the infinitely complex universe we see today; just as there is an in infinitely complex differentiation in the formation of the body mind of humans.

Now it is important to see how it is that the skin is a large part of the point where there is a cross-over between the spiritual and natural worlds. We will study the correspondences in this in the next article. This point is very important in that it is essential in showing how the universe can be both contained and infinite. 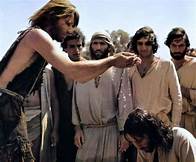