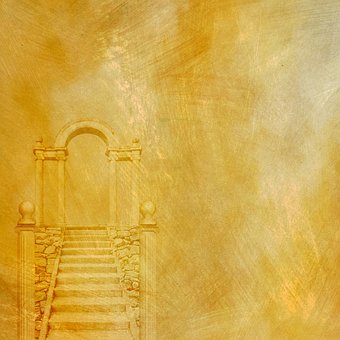 I believe the nature of reality is that it is a duality in an overarching oneness. (I have written about this in another post). This goes hand in hand with a repeating pattern I notice that occurs in both the spiritual and the natural worlds. I define in this way: things that are innately separate and opposing in quality, remain so in themselves, but in the big picture they are defined by the same source principle. It will be most interesting to see examples of this and see how they correspond from the spiritual to the natural.

Here is the primary example from the spiritual world:  Everything that exists, especially humans, are defined by their relationship and their use to the Lord, wether they be good or evil. Good and evil are antithetic and opposite by nature but the defining quality of each is distinguished by their attitude to the same source, that is, the Lord. God is the one source of all good people and angels (former people); and He is also the source and sustains the life of evil people, but He is NOT the cause of evil, human beings are the cause of evil. Good and evil come full circle and meet but do not touch (so to speak) in the sense their essence is opposite but defined by the same thing.

This dynamic is different than the principle of union. Union is between dualities that can bond; it is the continual growth and struggle of life, a crucible that leads to growth, and the hope of harmony. Union is a process of growth between dualities that strife for a bond, a symbiosis, a marriage, and equilibrium. In the dynamic I defined above there can be no bond or marriage, but in the big picture there is an equilibrium between good and evil. (See the article in this blog on why it must be that there is an equilibrium between good and evil). Union takes place between such things as man and woman, earth and sky, the natural and spiritual, body and soul, the internal and external, the individual and the community, and so on; these things can be in conflict or in harmony, but between good and evil there can be no union, for they are completely antithetic. Nevertheless, in the big picture good and evil are what give man freedom and meaning

It is most useful to see examples of this. In writing this I am doing a study, so the more examples the better to make the proposition probable and understandable, and each example has to be thought through to see how it applies. The prime example of the principle I am talking about on a natural level is exemplified by the way infinite largeness and infinite minuteness are opposites, and how it is that we can understand that both of these hinge on the very same principle. (By way of preface I will say Here I will only explain my conception on infinite largeness and minuteness briefly. I have written about this and explained the idea in depth in another post. I do not claim it to be fact, but one can see and decide the sense of it for oneself by reading the post. The pattern I am writing about here is, I believe, a correspondence. I am giving several examples of how the principle I defined above occurs in both worlds. By seeing that it is true in the spiritual world, which I think is very certain, puts us on solid ground to see it is true of the natural world. Also by seeing it is true in multiple ways in the natural world gives more validity to the truth of the idea).

Infinite largeness and infinite smallness are impossible for the natural, linear mind to imagine; so, as always, the answer is dynamic. Science has found that the universe is expanding at the speed of light. I think this principle itself defines infinite largeness; there is nothing that will ever see or ‘catch-up’ to it; it is the ultimate largeness. Infinity largeness then is defined by an eternal ever-increasing; it is not stagnant, it is an actual infinity of things that is ever-increasing. The reason I say this comes together as an overarching oneness is that a primary quality of this phenomenon is that the examples come full circle in that they are defined by the very same principle; in this case, the unifying principle is that the universe is expanding at the speed of light.

Here is another example from the natural world of this principle: The source of heat is the sun. Heat and cold are opposites. There can be an extreme of each, and there is a gradation of unlimited possibilities between,  but either way heat and cold are defined by the presence or absence of heat. Cold does not have a source of its own, but is the lack of heat. The same could be said of light and darkness.

In the spiritual world the same phenomenon occurs with Freedom. Freedom is both the cause of hell, and the only means of salvation. Going to hell and being saved both hinge on freedom. There is no way to bond with another or with God unless it is mutual and in freedom, we must do our part in mind and soul; we must receive and cooperate with God for salvation. To reject God in heart brings damnation, and to accept God in heart brings salvation. So salvation hinges on freedom, and the source of salvation is God; it is essentially defined by accepting Him or rejecting Him.

Now lets explore how this principle (lets call it over0arching oneness) provides insight into the nature and structure of the universe and its correspondence to heaven. When one contemplates the definition of infinite largeness as the universe expanding at the speed of light and infinite minuteness as the speed of light continually making more space for the expansion of smaller forms it is a much more satisfying dynamic definition for the mind. But thinking in a linear way as we are conditioned one still wonders what is outside of where it is expanding to. Such a thought is I think a misconception, because in the principle of over-arching oneness everything comes full circle as it ever increases. We can come close to visualizing the truth by looking to the correspondence of this situation in the spiritual world. In the spiritual world the ruling principle is that that which is ‘highest’ (in its quality of love and wisdom) is also the ‘innermost’. There is no time or space there; there is an appearance of time and space, but the spacial aspect is completely transcended there. The more one ‘moves’ within the more ‘space’ there is, so it is counter intuitive to this world. The ‘higher’ the state of one’s love and wisdom the more internal their state of joy, love, and happiness. The spiritual world expands based on ones quality of love and affection. The idea of ”space’ corresponds to state of being. Love is unquenchable, but increases the more internal one moves, and opens to greater wonders eternally. So ‘space’ there expands with the feeling of love, joy and fulfillment. To understand this we have to put aside our ideas of time and space and feel the expanding sense of fulfillment inside. We can understand this here in that we can go into meditative states in which life becomes much greater and more satisfying, and filled with peace. When we are having fun time seems to ‘fly’, when we are not it is ‘slow’ and prodding.

I describe the more and more inward nature of heaven so that we can get an internal sense of the origin of natural principle of over-arching oneness. It must be understood that the natural world is a whole level below the spiritual, and that it is always an image that corresponds to the spiritual. For instance in our example the correspondence with the universe expanding at the speed of light with heaven is that heaven is ever increasing in its quality of Joy and love; the joy of heaven is never stagnant but ever increasing. It always must be so, for If it were to reach a plateau it would become familiar and joy would decrease.

I have one more point to add here (which is very relevant, though I am of course theorizing), and that is that there must be a crossing-over point from the spiritual to the natural worlds. That this takes place I think is certain, but how and where? Swedenborg writes, (from the knowledge of the angels), that matter originates from the love and wisdom that radiates from the spiritual sun, and that as this spiritual substance radiates out and slows down in its outer reaches, it ‘cools’ and becomes natural matter. This may be a clue as to how stardust first came to be. Scientist say that in doing the math there are two points in which there is an ‘information paradox’; one, in the center of a black hole, and the other in the big bang. I would suggest that these points of information loss are indicators of where there is a crossing over between the two. The igniting of a sun, which is nuclear fusion in its core, corresponds to the Holy marriage in the Lord between his divine soul and body. The sun and the Holy fire in the Lord are  the fountains from which all the materials and energy of life, and the spiritual gifts of life spring, so from this matter crosses from the spiritual to the natural as Swedenborg described. The opposite side of this is that Perhaps matter crosses over into the spiritual world in the core of the black hole, accounting for the information loss, and balancing the paradox. We could then compare the function in this overall picture of the universe to the process of the body taking in fuel and excreting it. This makes sense because, as I have I have shown before and Swedenborg proves in many ways, the overall form of the universe is that of the Grand Man, and all functions in the structure and relations of the universe correspond to the human form.

The Woman Who Sees Rainbows: The Story of a Beautiful Death