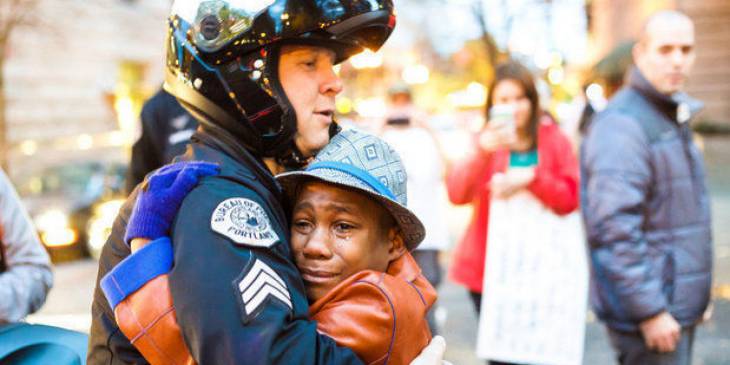 THE GENIUS OF WINNING AGAIN

Think about it. The whole image and value of Hillary as a president has shriveled-up and puffed away into smoke. She has become a shadow, just like she was a shadow-operative in the way she did corrupt things in her political career. It is not often that you see this so clearly on earth. In the spiritual world it is very clear; there, a person’s soul is seen and exposed. You can’t hide behind the external like you can here, where people use deception and put on a face. It is not Trump that did this; certainly he was an agent of it, but it is the working of the providence of God. God doesn’t want evil to go unseen. He wants it to be seen so people can hopefully choose Him, acknowledge Him, and humble them self to Him.

Now for liberals it becomes harder to deny all of these things; though now, even a lot of liberals will say Hillary wasn’t a good candidate. The only sensible thing to do is to support the new president, or at least leave him alone. But for some to justify them self they have to ratchet up the reasons for denial and hate. So you have these crazy things like the four radicals that kidnapped the mentally challenged man. Or black lives matter justifying killing cops.

We all know it is hard to admit when we are wrong, but it doesn’t have to be. Logically and spiritually it is far better to have our heart right then to win an argument.

The truth is there is a lot of Joy on the Trump Train. There are so many tangible reasons to have hope, and to get to work for. It was so wonderful when you had a sense of innocence in life like when we were kids; when we had all the reason to believe in the American Dream, and that America was exceptional and a light in the world, that we could extend that love as compassion to the world. It was great when Christmas was a beautiful thing and all the kids believed in Santa Clause and there was a sense of wonder and excitement in the air. We are beginning to do that again. We have begun to be a more Godly people again. Sure there is a long way to go, but it feels good to be heading the right direction.

The things that will solve the tensions in the country more than anything especially in the inner cities is when jobs are created and people feel productive and part of the American dream again. This applies to all the sources of tension – race, political differences, gender problems, whatever else. Like on a sports team has problems – the commentators always say, ‘winning solves a multitude of sins’. It will be the same thing when people in the inner city feel like they are a contributing part of a winning society – tension drains away.

Trump is absolutely brilliant in saying, ‘We are going to win again; we are going to win so much you are going to say, ‘Its too much, too much winning’. That is a simple message that cuts right to the chase of where we live. It’s extremely motivating and full of hope. Some say it is greedy, but that is where we live also, and where we need to be healed. The statement doesn’t deny that there is an element of greed in it, which makes it all the more real, and it makes us want to be generous, to have the real kind of winning where we feel like our voice matters and we can be happy and help others to be happy. This kind of genius is also the workings of God.

Part 1: The Movie 'Arrival' - A Springboard to Seeing Principles of Heaven and the Bible