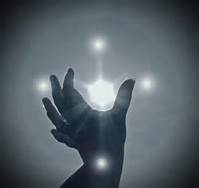 The form of the creator is repeated in all of his creation. In the spiritual world there is one spiritual sun, which the Lord is in the midst. Now, the cause of the spiritual sun is the Holy marriage of the Lords divine soul and human. This marriage or union causes the holy fire which forms the spiritual sun and from this all things are created and sustained. The holy union of the Lords divine soul and divine human was formed during His life in a process of astounding rigor and love far beyond our human imagination to comprehend; it is called the glorification process. By this process His human body eternally bonded with His divine soul and He rose body and soul into heaven, which is the resurrection. This is the only time this has happened and ever will happen. The Lord is in the midst of the spiritual sun, and the spiritual sun corresponds to all the infinite suns in the universe. The way natural suns correspond to the infinite omnipotence of the Lord in the spiritual sun is by an infinity of numbers – because they are in time and space, while the spiritual sun is omnipresent from the spiritual world. The Holy fire from the union in the spiritual sun has correspondence to the process in the natural sun. For in the natural sun there is a raging battle of pressure between the expanding force of nuclear fusion in its core and the immense power of gravity pressing down. This battle equalizes-out into an equilibrium between the force of fusion and gravity, results in a giant fire ball. The immense force of Gravity causes the fire which is an explosion of heat and light from the core of the sun, so gravity and fusion are inextricably tied in a union of sustenance and purpose. The dynamic union and equilibrium in the spiritual sun corresponds to the dynamic union and equilibrium in the natural sun. The result of this is that heat and light from the natural sun corresponds to love and wisdom from the spiritual sun; and furthermore, love is in a state of union with wisdom, and heat with light. Now at the beginning I wrote that ‘the form of the creator is repeated in all of his creation’. So since the spiritual sun and natural sun are in a state of equilibrium everything in creation in order to exist is in a state of equilibrium – a tree, a chair, a body, an eco-system – anything one can think of. An atom is in equilibrium like the sun is in equilibrium. In order for anything to exist no-matter how big or small it must have a form – a cause, an effect and an end purpose – and to have a form it must be, or coming to be in equilibrium. Its always a dynamic equilibrium because things constantly break, or new effects are introduced, and it changes the from of its equilibrium. I believe this is a proof of God that we can observe from the natural and spiritual reality around us.
The second result from the above thought exercise is that all spirituality is based on the principle of union because this principle originates in the nature of God, and there is a constant inclination in his creation toward union. His process of glorification corresponds to our process of regeneration. All fulfillment, thus happiness and salvation, comes from exercising the inner skill to bond in union, which is a reciprocal process – between our body and soul, between our internal and external self, between our self and God, between man and woman, and between our self, friends, community and country (and any infinite number of things). When true union is achieved there is an internal sense that it is of the eternal, for what is spiritual looks to the eternal, while what is worldly looks to the temporal.

"I will give children to be their princes". Analysis of Upside Down leaders, Then and Now.