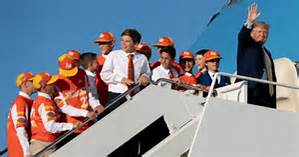 How It Is that Trump is a Master of Political Marketing, and the Democrats are Not.

When I talk to democrat friends they say they don’t like Trump because he says mean and crude things. Democrats cry foul when Trump says bad words, and attacks them. The dems are trying everything possible to utterly silence and destroy Trump, and every person that supports him. Politics is a dirty game and Trump plays it, but he sees the whole picture and loves the people, and most of the dems do not.

Trump is like a runner in full stride, free and fit. He doesn’t have to over-think because his heart is in the right place. He can be himself and ‘go off script’ as he says, and the people love it because he has proven he can be trusted to fight for them and get great results. That’s a great place for a man or woman to be in in life. Trump know himself and trust himself – His core is connected up to God. The dems are the opposite – they are like a person wounded and limping along trying to be something they think they are supposed to be.

It has been said that the democrats are playing checkers while trump is playing 3-D chess. An example of this is how Pelosi and the democrat leaders are not effectively looking ahead, not seeing the consequences of their actions. In the Russian collusion they based their whole scam on something they had no evidence. They are strangely confident in their ability to smear and to weaponizing the system, to use and abuse the legal system to destroy Trump. They are strangely confident in thinking the can avoid consequences, so they go ahead with these scams that have no substance. Of course they thought Hillary would win and all would be hidden. But that’s not the only reason, they basically ran the same scam in the Kavanaugh case, and in the Ukraine case so they have learned nothing, and their state has not changed.

Here is an example of how they have no foresight: Pelosi would have been better off of she did not go into full impeachment mode because now they have to produce evidence and follow procedure (which they are trying to by-pass), but as long as they were just smearing and making accusations they could more easily go on hearsay and make-up whatever they wanted, but now they are being shot down and revealed to be fools. They have become so brazen they abandon honesty and fairness, they’re even used to failing, and don’t care much as long as they delay and obstruct. In this regard they repeatedly put sacrificial lambs out to take the hit, no-matter how the person’s career is destroyed. That’s the way of evil, which is the opposite principle of the honorable which ‘leave no man behind”, or as Captain America says, “We don’t trade lives”. All this shows how they have no foresight.

They didn’t think Trump would release the Ukraine transcript, which took all the air out of their game. The deep state will no doubt continue to cheat and obstruct and weaponize in any way they can, but the defeats for them are piling up, they can’t repeat the same scam over and over – each time their game losses its punch, the people see through them and become more determined to stop them. The deep state can be defeated, not only by prosecution, but in the public’s heart and mind. They are like the ‘boy who cried wolf’; they are like those Jesus described who ‘built their house on sand’.

They hate Trump for beating them at their own game of name calling. Trump is a master of it but there is a difference in what he is doing. In marketing the strategy is to create an image people can’t forget. When Trump speaks he creates unforgettable images. He creates images and phrases that stick because they are based on truth and resonate with the people ‘hugely’. For instance when he went after Biden and Hunter he made a big presentation out of the phrase ‘where’s Hunter’, even suggested making a T-shirt out of it. As we have all scene, more and more well-substantiated reports are out that Biden orchestrated huge deals to benefit his son in the Ukraine. Trump’s phrase creates the image of Hunter being a criminal on the run, and as Keith said it’s already been a question on the mind of regular people, so Trump magnified what people are thinking with the phrase. His attack works because it is based on true events. Trump creates almost cartoonish images of his enemies like he did with Jeb Bush and Pocahontas. This is exactly what we see marketing on TV do. We have all seen commercials where they represent a product as some kind of humorous humanized animal, or where they show people in absurdly exaggerated situations that make you laugh. Like the commercial of the Ostrich that is a cop, and his partner that takes him seriously. There is also the talking cow that chides the mom about her mom pants. These techniques only work, especially in politics, if they have truth, heart and humor – like in the above mentioned commercial when the Ostrich’s partner very seriously walks away with a giant key to the city clipped to his belt. Trump can play hardball with this technique, and he does it better than anyone – in this way he is different then most all republicans before him. He uses the technique based on substance. He is giving the people what we need. We see the corrupt getting away with lies, murder, and dirty deals and we hate it. The people thirst to see the corrupt exposed, beat, and defeated. The courts are not doing it (at least in a timely manner) – so seeing a talented, powerful leader do it in public is even better. Like when he said to Hillary, “You’d be in jail”.

When he said Biden was kissing Obama’s ass it was powerful; we all knew about the ‘bromance’, and how Biden pandered to whatever Obama wanted. The dems try to do the same thing to Trump, but it doesn’t stick, because its fabricated, not based on truth. Trump stands up in front of everyone and speaks his heart and mind and people see its true and it’s from love. Trump can play hard ball one minute, and the next express tender love for the police, kids, the fallen in tragedies, all people. We can also observe that he is inclined to quickly forgive people he battles with, as he did with Ted Cruz, and Haley who was very critical of him in the campaign, but he saw her talents and hired her for the very important position of ambassador to Israel.
By the way, in the news a few days after Trump said ‘Biden kissed Obama’s ass’, Biden threw Obama under the bus by saying obama approved the crooked Ukraine deal. Maybe Biden was trying to show he doesn’t kiss Obama’s ass. Dems play checkers, Trump plays 3D chess.

Understanding The Moral Priorities in the Economy of Humankind and the Environment: And How the Left has Made Global Warming the Cause de Jour of Globalism

The Art and Effect of Standing Up to Bullies From Love: Why I Think Trump Is Doing the Right Thing By Pulling Out of Turkey