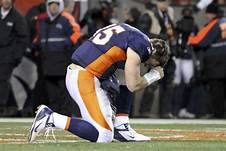 Integration of Psychology and Religion: A Description of the Psychology of Childhood Omnipotence and Transferring Omnipotence to God: and How God’s Spiritual Principles Are Used in Marketing as Powerful Motivators

By
Steve Sanchez
0 Comments
0
454 Views
Earl Biddle’s description of childhood anxiety, imagination, and omnipotence offers deep insight into the inner life of a child, and into adult psychological development. Biddle describes the inner life of the child and the importance of the child’s phantasies. ‘Phantasy’ emphasizes creative imagination, whereas, ‘fantasy’, implies more an element of illusory day dreaming:
“Childhood is usually regarded as a period of life which is normally happy and carefree…But it is difficult to appreciate the extremes of anxiety and joy which the small child experiences throughout his everyday life. The small child dies a thousand deaths. Equally often he reaches the pinnacle of bliss…(These experiences) are very real to the child, but the adult says they are imaginary (Biddle, p. 32). The small child under the age of three views his parents and other adults as gigantic, all-powerful people. They can do infinite good or infinite harm to him. But according to the logic of the child, a good person cannot do any bad, and a bad person can do no good… The child does not regard the gratifying father and the frustrating father as the same person. The same is true with the mother. Besides being real people the parents represent phantastic, illusory, or imaginary persons. The small child, then, has, in addition to his real parents, a phantastic father and mother who are preposterously good, and a phantastic father and mother who are preposterously bad.
Emotionally the child under age three experiences only extremes. When someone pleases him he does not simply like that person, but loves him with every fiber of his being. When someone displeases him he does not dislike him, but hates with murderous intensity”.
These feelings remain latent within us throughout life, but are worked out, and refined and gradually become unconscious as we mature. When we react to people and circumstances we tend to regress to these feelings. Biddle describes how the child learns to process and work out these feelings in his or her imagination:
“The child cannot physically handle the parents. He cannot defend himself against them when they appear to threaten him. The problem is worked out by a natural process whereby the child makes inanimate objects, which he can handle, represent symbols of the parent. A match stick may become an imaginary bad father who can be chewed, broken into bits, and thrown away…By this process of imagination the child “really’ gets rid of the bad parents because he destroys a real object which symbolizes a parent to him. The child can also change his inanimate objects from bad to good, and thereby improve the phantastic parents, which the objects represent. The imaginary threats are thereby relieved. The child never attacks the phantastic parent with the intention of doing harm. He may do so simply to assure himself that he is not really causing harm. He may in imagination harm the parent he has clothed in destructive phantasies only to find the real parent does something good. When this happens the child must in imagination repair the phantastic damage he has done.
The child uses the functions inherent in his own body as the means by which he exercises his imaginary omnipotence. In imagination he can annihilate the world by simply closing his eyes. Then he can recreate the world by opening them…His words have magic power. By calling Mama he can make his mother appear from ‘nowhere’. His tears, saliva, and bodily excrement are given phantastic destructive and creative power.
The child’s omnipotent phantasies are of tremendous importance in his psychic development. One need not fear that the child will continue to believe himself omnipotent if his phantasies are not disputed. A brutal assault upon the phantasies of the child renders him helpless and insecure in a gigantic real world with which he cannot cope…The entire life of every individual is shaped by the impact which the real world makes upon the imaginary world of the child. The adult helps the child to distinguish between reality and phantasy, but the phantasies cannot be eliminated. Strangely enough, the desire for omnipotence, which caused man to lose paradise, is essential to him in early childhood if he is to regain heaven. Only the genius of the creator could change what appears to be intrinsically evil desire into an essential good.
The phantasies of omnipotence do not continuously sustain the child. The child constantly fluctuates between feeling omnipotent and annihilated. There are many times too, when he is afraid of his omnipotent destructiveness. For instance if he ‘blows up the world’ he will have no place to stand”.

In the child ‘omnipotence’ is appropriate, because she is innocent and helpless. Objectively the child is born in ignorance, knowing nothing, can do nothing for her self, and must learn gradually. In addition, all humans at birth have hereditary evil; this is latent in the baby and gradually comes into play. Evil is latent because a baby has not developed a conscience, the ability to discern between good and evil. The creator clothes the child in innocence so that it is adored and taken care of; and the child’s experiences of love and loving are stored as remains in her soul. These remains of love connect her to God, and temper the hereditary evil in her as she grows. These remains are an essential means of reception of good from the Lord through life, but the major work of life is to incorporate them into the adult self so we keep our connection to God and the ability to competent and care and give.

As adults we sometimes act out, otherwise known as regressing. When we regress, it is because we inwardly feel powerless, fear, or rage, so we reflexively return back to the feelings of childhood omnipotence for protection. These feelings are un-resourced, and so we act out. Childhood ‘omnipotence’ in the adult is by nature selfish, blind to others, and driven by survival. It is an automatic default setting inside for the sake of self-interest and protection. In any given episode as adults we may or may not have sophisticated ways of justifying it, but the quality and import of it is self-serving.
There is in regression, also, if we remain self aware, an opportunity. Regression points directly to the wounds within us that need development. If we react the same as in the past then there is no movement, but if we act with some measure of composure, we can learn and change the phantasy within our self to a good one in some measure.
Regression is also an opportunity because beneath the feelings of childhood omnipotence are remains – the stored feelings of innocence and love from childhood. These feelings are often felt as a sense of personal ‘specialness’, because deep down we want and feel a core of good about our selves that is seeking expression; ‘remains’ are in potential and need development and incorporation to the adult self. If felt and opened, remains can help us receive and submit to God as the true source of ‘specialness’. And in yielding to Him we feel joy, more our self. This provides the inner security to care for others as much or more than our selves (which is the cornerstone of society and religion).

Remains are in potential and need to be spiritually mined and thus incorporated into our will. This is spiritual remembering and imagining. God provides that remains are inside everyone, as a means of connecting with His will for our life. Every time we regress there is an opportunity to renew the unresolved issue in our self that cries out for attention and healing. God can only be approached in humility, and remains (‘like a child’) help us do this.Advertisers use the motivating energy of our need to sort out our omnipotent phantasies, and to believe in the good father and mother all the time. A good advertising campaign attempts to tap the primal spot where we live inside; this way they influence us to image satisfying our deepest drives with their product. Where advertisers put their money is a good litmus test of something’s veracity: by study and process of elimination they do what produces. They are acting from very practical motivation – the bottom line, maximum results, making money.One of the psychological means Advertisers use is to portray animals and objects talking and acting like humans. There is certain magic and delight kindled within us in seeing these absurd and exaggerated images. There are hundreds of examples of this on TV commercials and kids shows. We see talking animals, sponges, fruit, vegetables, and trees, constantly, and it never ceases to be funny! Recently, there has been a commercial of a humorous, straight-talking cow that tells the mom of a family what everyone is thinking when the mother shows up asking about her goofy clothes. The family is too afraid to say anything about it, but the sassy cow tells her like it is – that she has fallen into wearing ‘mom pants’. It is hilarious for many reasons. It portrays a way that we can feel safe to hear and express what is underneath and real. The cow represents the ‘phantastic’ mother being real, good, and refreshingly truthful to us; teaching us it is ok to express our most keen perceptions. The modeling of truth-speaking helps us move through a barrier of anxiety, which is a deeply satisfying inner achievement. This is joyful to us because it develops inner skill, and growth movement. We move from being subject-to our anxieties, to a creative agent.
Significantly, psychologists and Swedenborg write that all children up to a certain age believe that their play-animals and dolls are alive. This is part of what makes the above marketing strategy so powerful.
An example in pop culture of transferring omnipotence to God that appealed to millions of people was Tebowmania. You probably remember ‘Tebowing’ is the pose Tebow struck at important moments. After a great play, or after winning, or after losing, Tebow kneels on the ground with his head down, his knuckles to his forehead, closes his eyes, and prays. This is a potent image of transferring omnipotence to the good father. In this pose, after the mighty struggle to achieve, he submits to God, and thanks God. The act of kneeling itself is a bold, demonstrative act of humility and honor. It is like the knights of old who kneeled before the King. 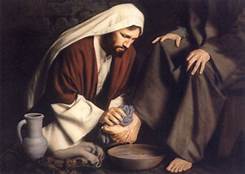