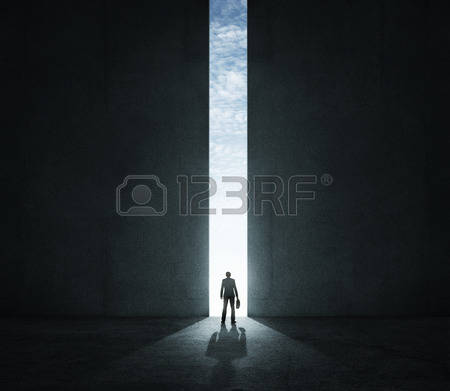 Part 2: Meditation on Salvation and the True Nature of Compassion

Part two
Swedenborg tells stories indicating that, quite often, it is difficult to prepare Christians for heaven because they have fixed, mostly external ideas of the Lord and heaven. In his spiritual diaries he tells a story of a man from the east who was considered very Holy and who had never known anything of Jesus. This man was from a country where Jesus was not known (perhaps India, but it was not specified) and in this place they practiced deep spirituality. After death this man was among Christians, and an angel came and taught him that Jesus was the source of the Holy and that He is the divine human, the one God of the universe. This man was shocked; He was embarrassed at his ignorance on the matter, but in his heart he had always yearned for the source of the Holy. He quickly and deeply saw that what the angel said was true and bowed in deep recognition. The Christians around were profoundly amazed that this eastern man seemed to be exalted. For their part the Christians had a much harder time receiving heaven because they had fixed ideas from doctrine that were external in nature and had to be ‘cleaned up’.
On the other hand Christians who perceive the divine of the Lord from the Word in an internal way have a beautiful route to heaven and are said to be in the higher heavens.
All of these principles are profoundly demonstrated in the Bible in many places. I will take an example from Luke where Jesus tells the parable of the Minas, Luke 19: 11-27. In this parable a nobleman goes on a long journey. Before he does he commissions ten servants to care for a portion of his money, telling them ‘do business till I come’. When he returned he reckonned with them on how much they had gained by their trading. The first had earned 10 minas, and he told ‘well done, because you are faithful in a little have authority over ten cities’. The second had earned 5 minas, and he gave him 5 cities to be over. Then the Bible reads:

20 “Then another came, saying, ‘Master, here is your mina, which I have kept put away in a handkerchief. 21 For I feared you, because you are an austere man. You collect what you did not deposit, and reap what you did not sow.’ 22 And he said to him, ‘Out of your own mouth I will judge you, you wicked servant. You knew that I was an austere man, collecting what I did not deposit and reaping what I did not sow. 23 Why then did you not put my money in the bank, that at my coming I might have collected it with interest?’ 24 “And he said to those who stood by, ‘Take the mina from him, and give it to him who has ten minas.’ 25 (But they said to him, ‘Master, he has ten minas.’) 26 ‘For I say to you, that to everyone who has will be given; and from him who does not have, even what he has will be taken away from him. 27 But bring here those enemies of mine, who did not want me to reign over them, and slay them before me.’”

This parable expresses the nature of salvation and true compassion. It is not charity to enable someone, but charity is only charity when it leads to something good. The good accelerates toward the good, and the evil toward the evil. The man who had ten receives more because by exercising spiritual intelligence he opened more channels to heaven in his heart and mind. ‘Minas’ corresponds to spiritual intelligence. The more we engage the word with insight, love, and enthusiasm-turned-into-action, the more avenues that are opened in our soul that are receptive to heaven, or what is the same, the more we create concordance in our soul between rules (1) and (2). The Lord wants us to use our intelligence in business and in life, to use our unique genius to contribute good things to society. Once in heaven these avenues and gifts in our soul bloom and open in ways we can’t imagine. To the natural mind the man who has ten receiving more doesn’t seem ‘fair’; which is why the people complain, ‘Master, he has ten minas’, but it is perfect justice according to what one has formed in their soul. In this world it is necessary to practice democratic fairness, which is a noble idea and requires people caring for each other’s interest and requires exercising spiritual intelligence. The only way this can work is if people in society tether themselve’s to God, particularly in the sense they perceive that all good comes from God. This inspires the motivation of good will toward each other. But compassion in this world can be and is abused; it is often mistaken as a sentiment that feels everyone is entitled to an equal share whether they did anything or not. This is the thinking of the natural mind, and in it there is a certain dishonestly and deception, for the external mind seeks to deny the internal state, and thereby puts itself above the common good. One can get away with it here for a time, but in the spiritual world this parable is showing us that is not how it works. Spiritual justice is utterly particular to the quality of a person’s spiritual state.
For instance, in 2016 President Obama gave a mandate that transgender people who identify as being the opposite of their birth sex should be allowed to use the bathroom of the sex they identify. This is false compassion, because it only takes a little piece of the truth, that is, compassion for a very small segment of society that may or may not have gender confusion, and imposes it on everyone, and in doing so puts the innocent in jeopardy. It is a pattern of the external mind to do this, that is, it takes a small portion of the truth and make it the whole truth. Another example is the argument Obama made to the American people against American exceptionalism. He argued that everyone and all nations are exceptional in their own way and it is outdated for America to think of itself as exceptional. This again denies and is blind to the internal quality, in America’s case in general having been a light to the world made it exceptional. But the external is very devious and seductive, but its end purpose is always the same – to make everything else external like itself, thinking, why should I think I am exceptional and better than others; but this is because it denies the internal achievements. This is why with the decline of religion society always becomes almost completely external and deterministic. External reasoning follows the same pattern over and over; it uses democracies own principle of fairness against itself, it makes one thing relative to another, giving no honor to the internal quality and achievement, and thereby makes God nothing, and makes society satisfied with mediocrity. The external separate from the internal is not rational, and therefore not intelligent, in other words evil runs it. Those who promote it are exceedingly clever and and may have a high IQ, but it is not intelligent, because intelligence is only that which leads to good.
The internal is meant to lead the external in a person; this is according to divine order. When the internal person can bring the external into obedience the person matures and grows and comes into greater peace and wisdom. This is of course a process of growth. When the external rules the irrational rules.
Heaven is a spiritual hierarchy, and earth life is meant to model itself after heaven. But on earth hell can and sometimes often does rule. Hierarchy is often thought by many to be a bad thing, and of course it can be, but in heaven it is a hierarchy because everything is based on ‘spiritual state of being’. Those who love and serve the higher quality are higher, because they do good to others even more so than others. The Lord said that the first shall be last, meaning those who love others more than themselves give service to others are higher. All in heaven love the other more than themselves, and all are happy because they are doing what they love, some just have higher loves. Also there are different qualities of love that are not thought of as higher or lower but work together in joy. In general people don’t resent others there as they do here, because they receive all the love they can possible handle based on their quality of being. All in heaven are happy because they are doing and being and loving in the best possible way based on the receptive quality of their soul.

The Spiritual Meaning of Profaning and how it Relates to Salvation