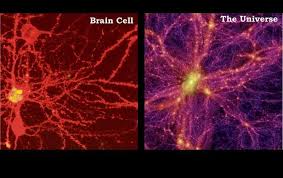 This article is a continuation on the process of how Jesus rebuilt the pathway in the mind of man that is essential to redeeming man. The last one described the separation that had took place and this begins to describe how he restored the vital connection. A third article after this will give further insight to the restoration process.

I believe there was a twofold process by which Jesus rewired the connection between God and humanity. The first way He accomplished this great deed is by overcoming all temptations during His whole life. How was it that Jesus could be tempted? Jesus had hereditary evil in His body from being born a human by his mother Mary. Because of this hereditary evil He had inclinations to evil like all humans do, and thus He could be tempted. Humanity had almost entirely lost the ability to remove evils from their body – for to do so requires an intense desire to change, which in turn requires a willingness to sacrifice selfish addictions or self-protections, and most of all a willingness to acknowledge to good of God. This requires inner skill and a beseeching and trust in the Lord. Jesus had the ability to do all this, even though the rest. During his life He developed through the stages of life, from infancy, childhood, youth, young adult to adult. The difference with Jesus is He had far greater mastery than any other human. At each stage He developed and had to overcome temptations that assaulted him and tried to make him sin. To sin means that from our own will we intend evil. The thought and the temptation are there, but it only becomes sin if we will it. Jesus never sinned; He mastered each temptation, and in doing so He re-established the brain functions in the body, the mind, and the soul within the human form that receive love and connect to heaven.

To understand how Jesus did this for all humanity and the universe it is essential to see that the human form is a universal form and that it conjoins earth with heaven. The human form is first a spiritual form, known as the soul. The material human form of people on earth is the same as that of angels (only the former is part material and part spiritual, and the later spiritual only); and both are microcosms of the form of heaven; heaven if seen in its entirety is in the form the ‘Grand Man’, which is the form of the whole universe in the shape and body of Jesus. Thus Jesus is omnipresent from the innermost to everyone, and as such could repair the connection in each person to heaven. He did this in utter perfection for him self, and in potential for all humans. We as humans have to reciprocate in the process of re-connecting and making a soul receptive to heaven.
How our psyche is connected and prepared for heaven can be understood further by correspondences. Correspondences take place on three levels; the Word, the human form, and all of nature. Correspondences are much more than a metaphor, or symbol, they are actually a structural connection between the material thing on earth and the corresponding spiritual thing in haven; for instance the micro image of nerve fibers in the brain correspond to the macro image of the cosmic web. (The two images are pictured on the cover of this article). These nerve fibers also exist in our soul of spiritual body in every minutest detail and perform a spiritual use in everyone in the spiritual world.
The result of Jesus overcoming each and every temptation put upon Him during His life was that He re-wired the pathways in the psyche to connect with God. Overcoming temptations requires great internal skill, love, and awareness: and the nerve fibers are the pathways and containers of these spiritual achievements, memories, muscle memories; all of the refined feeling and thinking functions. Because Jesus is omnipresent, and achieved this in both the material and spiritual world, He rebuilt these pathways in potential for all humans and angels. Each time Jesus overcame a temptation in the world He raised his consciousness and quality of love He built a new pathway in ‘the universal cosmic web’ so to speak. As Jesus says in the Bible, “ I draw all things unto myself”. John the Baptist ‘paved the way in the wilderness’ in an external way by creating a new correspondence between heaven and earth known as the Baptism of repentance. Wilderness means there was a desolation and extinguishing of the connection between God and man. It was the work of evil that destroys these pathways, like someone yanking chords out of the electrical sockets so the lights go out; So John was the great pioneer that initiated the work of restoration. He built the foundation for new avenue of connection between heaven and earth in the soul and mind of man. Mans psyche had become like a desolate slate, like a brain that atrophies from dementia, where the filaments and synops of the brain have lost their ability to transmit and connect thoughts and memories. John established the new connection by physically performing baptism on those who were willing and desirous in heart to change and learn and to know God again. The external foundation must be in place for the internal to take place. This is why John says ‘He who comes after me is greater than I”; and, “I must decrease and He must increase”. The work of Jesus was infinitely greater in that He alone built and restored the internal spiritual pathways, which was an essential of His divine work of redemption and salvation, and that He eternally maintains. He who enters the highest quality of love serves the highest use for all. To achieve the highest quality of love means to enter the innermost. This is what Jesus did.
Now lets explore a more tangible idea of what it means to build these pathways in the psyche. The temptations Jesus overcame took place His whole life, from childhood until the last temptation on the cross. Each time He did so He increased his body-being communication and the state of love and awareness in His soul. In the physical mind, in the nervous system, and the neurons of the brain new connections and vitality are built every time we learn. This takes place on the level of memory, on the level of our rational and moral reasoning, and on the level of the spiritual state of our soul’s love. The reason overcoming a temptation is the way we pave new connections in our psyche is that it is a breaking through a barriers from one state to another; and when a barrier is broken through a new way is paved that connects two things previously separate. The new connection brings about a bond between the external self and the internal self. I think in the brain this is exemplified by the connections that are made in brain synopsis and how new brain cells are made with new learning. Only with Jesus this takes place in the universal human, which makes the new connection between man and heaven available, in potential, to all humans. The memory, nervous system and all the other physiology are the natural foundation that is necessary for the spiritual to exist, and visa versa, so the two are always connected.