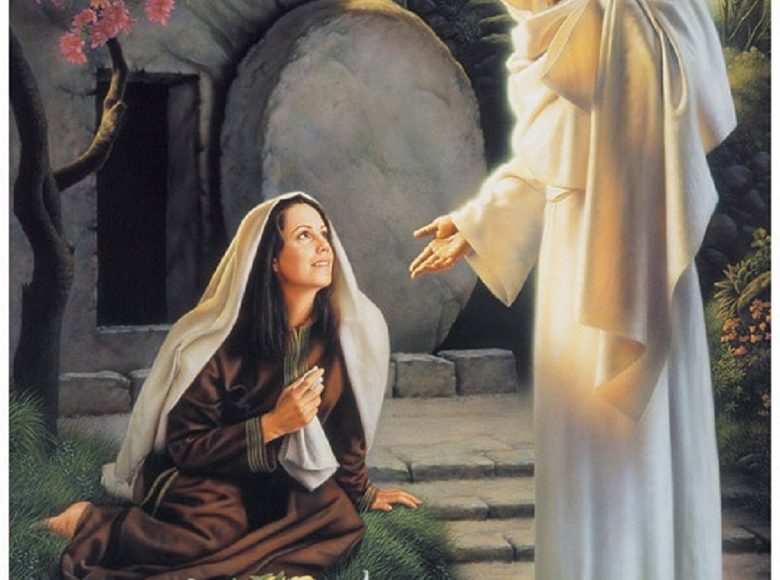 By
Steve Sanchez
0 Comments
0
473 Views
In the Bible the word “Name” doesn’t only mean the name of the person, but it refers to the quality of a person’s soul, the whole of that person’s loves and talents. In the case of God, by the name of – ‘Jehovah’, the ‘Lord’, and ‘Jesus Christ’ – is meant the whole infinite Kaleidoscope of truths and loves of which He is the source and for which He is worshiped. The Power in Name of Jesus Christ is in loving and understanding who He is and what he did for us.
The encounter between the resurrected Jesus and Mary Magdalen at the tomb reveals something wonderful about names. In John the scripture reads:
“Now Mary stood outside the tomb crying. As she wept, she bent over to look into the tomb and saw two angels in white, seated where Jesus’ body had been, one at the head and the other at the foot.
They asked her, “Woman, why are you crying?”
“They have taken my Lord away,” she said, “and I don’t know where they have put him.” At this, she turned around and saw Jesus standing there, but she did not realize that it was Jesus.
He asked her, “Woman, why are you crying? Who is it you are looking for?”
Thinking he was the gardener, she said, “Sir, if you have carried him away, tell me where you have put him, and I will get him.”
Jesus said to her, “Mary.”
She turned toward him and cried out in Aramaic, “Rabboni!” (which means “Teacher”).”
The moment Jesus said her name Mary knew who He was, and she knew that she was seen. Her eyes were opened and her soul was opened. In saying her name Jesus saw into the whole of her soul – all of her goals, abilities, weaknesses, and her great love. It is a terribly intimate, scary and wonderful thing to be fully seen, loved and accepted, in being seen, and accepting it her soul was magnified and healed.
Jesus is present to each of us, He sees what we’re going through, what we love, what we need and when we are ready. We on our part need to turn to Him and seek Him, be willing to have our hearts opened – and to accept Him as our inner teacher as Mary did. This scene with Mary reminds me of a similar scene in the story of the Road to Ameus. In the story Jesus walks along with two men but they do not know who He is. As they walk Jesus teaches them about all the scriptures concerning Himself and His mission. When they come to their home they sit together for a meal, and Jesus breaks bread – and at that moment suddenly their eyes were opened and they knew who He was. And they said to each other, “Oh how our hearts burned as he taught about the whole of the scriptures concerning Himself!”
Swedenborg tells that in entering heaven a person (angel) is given a new name, one that corresponds to the quality of their nature and ruling love. This is reflected in what often happens in the Bible where a person or prophet is given a new name as they come into their own, just as Jesus did for Peter and Paul at their respective moments of enlightenment. Peter was called ‘the rock’, and ‘Simon’; and Paul was called ‘Saul’. The same thing is done in many native cultures after a person goes through the rite of passage, or a ritual of awakening.
To know is to love and to love is to know.

The Development of an Inner Sanctuary: Interpretation of Psalm 23