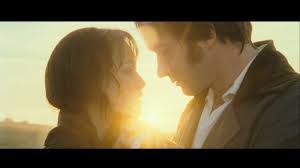 THAT FOR THOSE WHO DESIRE LOVE TRULY CONJUGIAL, THE LORD PROVIDES SIMILITUDES; AND IF NOT GIVEN ON EARTH, HE PROVIDES THEM IN THE HEAVENS. The reason is because all marriages of love truly conjugial are provided by the Lord. That they are from Him may be seen above (nos. 130, 131). As to how they are provided in the heavens, this I have heard described by angels as follows: “The Lord’s Divine Providence is most singular and most universal* in regard to marriages and in marriages, because all the delights of heaven stream from the delights of conjugial love, as sweet waters from the vein of a fountain. Therefore it is provided that conjugial pairs be born and that, under the Lord’s auspices, they be continually educated for their marriage, neither the boy nor the girl knowing it. Then when the due time has passed, she, now a marriageable maid, and he, now a young man ripe for marriage, meet somewhere as if by fate, see each other, and at once know as by a kind of instinct that they are mates; and within themselves as though from some dictate, they think, the young man, She is mine, and the maid, He is mine. Then, after this thought has been seated for some time in the mind of each, they deliberately speak to each other and betroth themselves. It is said, as if by fate, instinct, and dictate, though what is meant is by Divine Providence, because when this is unknown, it so appears; for the Lord opens their internal similitudes that they may see themselves.”
THE CONJUGIAL LOVE OF ONE MAN WITH ONE WIFE IS THE PRECIOUS JEWEL OF HUMAN LIFE AND THE REPOSITORY OF THE CHRISTIAN RELIGION. It is from true marriage love that the conjugial of one man with one wife is called the precious jewel of human life. This is given from the Lord alone for those who have learned to cherish that all good comes from Him, and who care to take action in their life of doing useful things for others. There is a blessed union of minds and souls in conjugial partners, including friendship, confidence, and sexual potency; and in and from that union are the celestial blessings, spiritual happiness, and thence natural delights which have been provided from the beginning for those Who are in love truly conjugial It is the fundamental love of all celestial and spiritual loves, and thence of all natural loves, and that into it are gathered all joys and gladness from their first to their last; and that, regarded in its origin, it is the sport of wisdom and love.