The Beautiful, Universal Concept of Reality – Equilibrium – How it is Key in Understanding the Bible 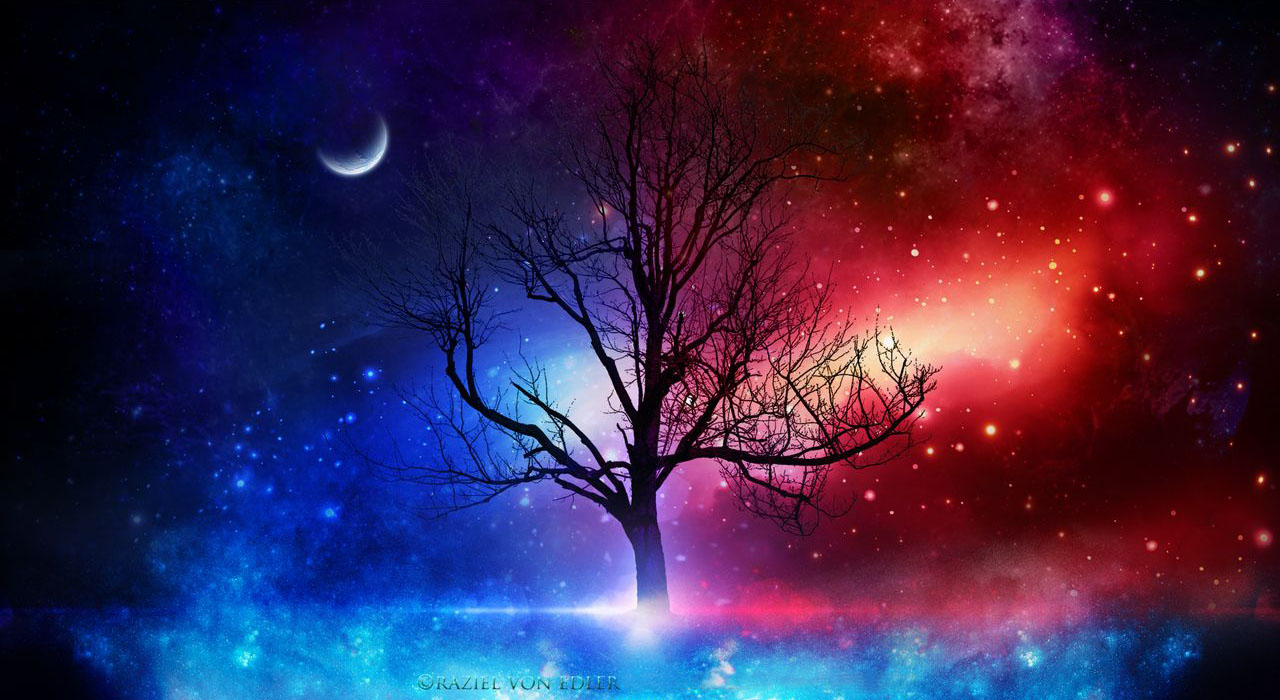 Therefore my people have gone into captivity,
Because they have no knowledge;
Their honorable men are famished,
And their multitude dried up with thirst.
Therefore Sheol has enlarged itself
And opened its mouth beyond measure; (Isaiah 5: 13,14).

On a cosmic level, the Lord maintains equilibrium between heaven and hell and governs both by his might alone. A single man or woman fighting against the forces of evil on his own is like a fly against a giant; there is no chance without the Lord. Before the Lord was born there was an accumulating darkness. As people died and entered the spiritual world, even if they were good, evil spirits intercepted them by artful deceptions and led them into their false heaven. These suedo-heavens were in the spiritual world which is between heaven and hell. Once evil began to tip the tables in their favor, their power increased and increased. The over accumulation of spirits (people) in hell, and in this suedo-heaven eventually caused a dark cloud between heaven and earth that greatly blocked the reception of heavenly influx to humanity. This is what is meant by “Sheol has enlarged itself and opened its mouth beyond measure”. Here is another verse that refers to the loss of equilibrium between heaven and hell:

For we wrestle not against flesh and blood, but against principalities, against powers, against the rulers of the darkness of this world, against spiritual wickedness in high places (John 6:12).
This verse refers to evil forces infultrading and occupying heaven; ‘high places’ meaning heaven. They were like a murrading army ransacking the first levels of heaven, taking residence, and deceiving the people in a thousand horrid ways. Matthew describes this when he says “And from the days of John the Baptist until now the kingdom of heaven suffereth violence, and the violent take it by force” (Mat. 11:12).  The power of evil was overwhelming heaven. When this happens a measure of freedom is lost. Freedom on earth exists at the pinnacle of the balance between heaven and hell. When equilibrium is lost so is freedom. Under normal circumstances neither the angels of heaven nor the demons of hell can compel human beings one way or the other, but both can influence within the laws of freedom. During life it is up to each person to will and choose their way as they are exposed to the influences of heaven and hell. Thus freedom is the very means of salvation, and it is also the cause of hell. It is the cause of hell because freedom of will is total and complete; the consequences are real, otherwise freedom would not be real, and life would not be real. The structure of the whole universe is based on this equilibrium between heaven and hell. The Lord maintains equilibrium, subjugating evil and keeping heaven in divine order with His omnipotent power for the sake of human freedom. Understanding this is a profound key to understanding the nature of the universe, history, and the Bible. If Jesus had not come and reversed the process, the over-abundance of evil would have progressed until humanity was consumed in total darkness.
A similar loss of equilibrium took place at the time of Noah. The story of Noah describes how the whole earth was becoming wicked, that is, the over-accumulation of evil was on the verge destroying the entire human race. The Lord solved the problem by wiping out the wicked with a flood, and using Noah and his family as the seed of the new human race. He started over with Noah and his family, and the pairs of animals. This process of renewing from a remnant is called ‘remains’ in the Bible. Noah, his family and the pairs of animals were the remains from which the Lord started a new church with true charity in it. On an individual level the word ‘remains’ refers to the innocence from love stored on a person’s soul from childhood from which the Lord works to regenerate the whole person. So the collective sense it refers to the few left in a society who still possess true charity in their heart by which the Lord can establish a new church. After the Lord destroyed the people at the time of Noah the Lord promised he would never destroy people wholesale ever again, so when the loss of equilibrium took place again at the end of the representative Jewish church, the Lord chose to be born on earth in order to redeem humanity and put all things back into order.
It is often asked, why did the Lord choose or need to be born on earth? I believe the answer can be approached from understanding how essential freedom is to salvation. God in his essence cannot approach a person or angel without destroying them. As the scripture says, no man can look upon God and live. It is like a person approaching the sun, the pure love of the Lord would destroy them. In the soul and the body of every human being there is hereditary evil, and this evil shrivels and burns in the presence of the pure good and love of the Lord. This is why in the Bible every time the glorified presence of Jesus appears those around make themselves postrate to him. By being born on earth Jesus became ‘the bridge’. He made God accessible to humanity. If instead God had waved his hand and made earth a paradise it would mean nothing, because in that case people would have done nothing from their own will. A bond only forms reciprocally. The Lord himself operated within the laws of freedom during his life on earth so that people could ‘become’ from themselves in a reciprocal way.
An important scripture which speaks to the inevitable of equilibrium in the universe and our place in it – is this: “Woe unto the world because of offences! for it must needs be that offences come; but woe to that man by whom the offence cometh!” Freedom speaks to the essence of being human, yet from freedom it is inevitale that there will be evil, because their are consequences to freedom. In equilibrium, in the battle between good and evil, is the only way life can exist! There must be contrast and variety for there to be life, growth, and perception. From the nature of the Lord there is infinite variety and divine order, therefore there is continual contrast and meaning in life. If everything were monotone as in a white-out or black-out, there would be no perception or individual identity. Nevertheless, this philosophical truth does not take away from the terrible consequences of evil choices in life. This is what is meant by, ‘woe to that man by whom the offence cometh’. In the battle between good in evil it is paramount that we favor the good in our heart, whether it bears fruit or not – we must still try.

Interpretation of the Movie Interstellar - Themes Of Great Height