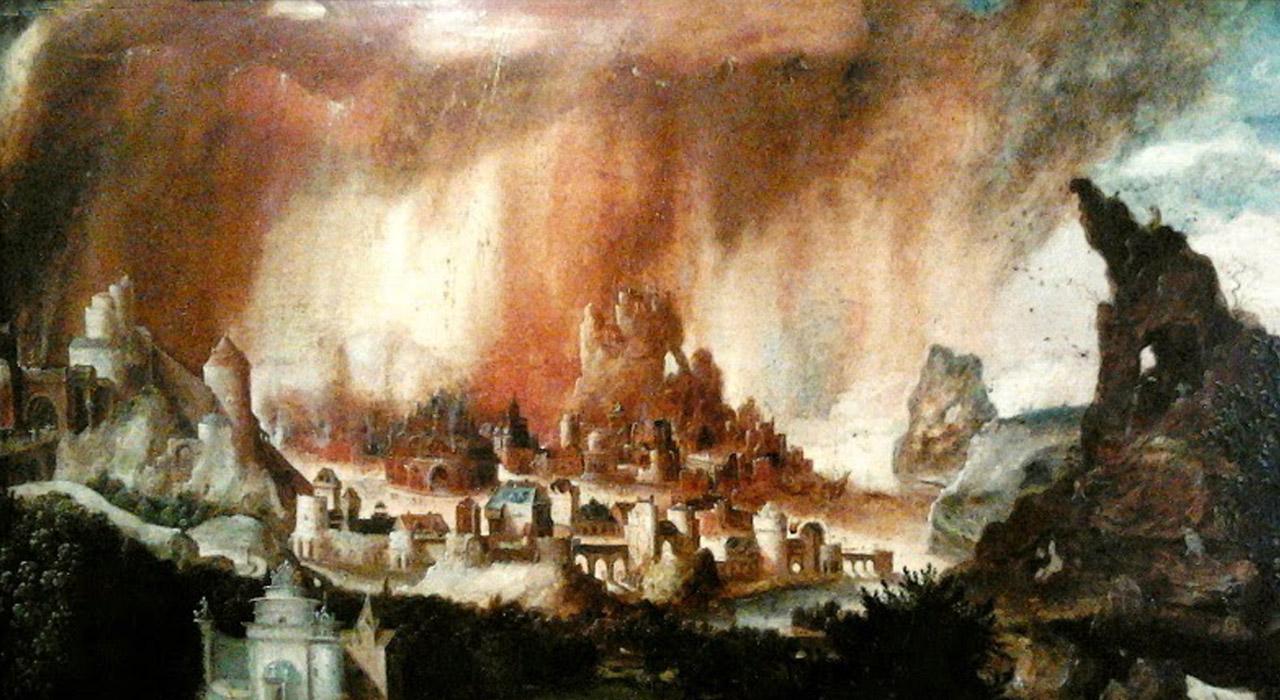 The point of transition marking the change of state between the Old and New Testament is given in these verses:

Jesus, when He had cried out again with a loud voice, yielded up the ghost. And behold, the veil of the temple was rent in two from the top to the bottom, and the earth quaked and the rocks rent. And the graves were opened; and many bodies of the saints who slept arose, and came out of the graves after His resurrection, and went into the Holy City and appeared unto many. Now when the centurion, and those who were with him watching Jesus, saw the earthquake and those things that were done, they feared greatly, saying, “Truly, this was the Son of God!” (Matthew 27: 50-54).

The quaking of the earth and the renting of the veil is a testament to the power and reality of correspondences. The power of Christ’s love and deeds entering the innermost caused the structure of the universe to change. Because of correspondences, it must be that the great change that took place in the heavens by the Lord’s resurrection showed up in the physical world – as earthquakes , the renting, and the freeing of spirits. The gathering up of forces preparing for the moment of shifting first showed up in the dreadful darkness that came over the land in the hours Jesus lingered on the cross. At this time the sky became dark and all seemed bleak and lost – as Jesus told the leaders when they arrested him, ‘the hour of darkness has come’. The immutable power of correspondence is then shown by the earthquake and renting of the veil at the moment of Jesus’ death. This happened because Jesus took his physical body into the spiritual world as described in the section on the glorification. The earthquake and renting were real events that took place on earth, and were only the tip of the iceberg of that which was taking place internally. The viel was rent because it formerly corresponded to the Holy of Holies, and its renting marked the end of the representative Jewish church. No longer was the temple functioning as the actual correspondent with heaven. From then on, all influx from the divine was direct into everyone because the Lord had entered the natural. The earth quaked because earthquakes correspond to the shifting or changing of state of things, and Jesus entering the innermost was change of state in the structure of the universe. These are extraordinarily significant moments.

The Star that Shown Above Bethlehem on Baby Jesus