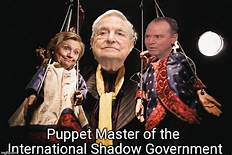 Swedenborg tells how evil spirits use divine order and correspondences and twist their process and purpose for their evil deeds. For instance, in the spiritual world, if any words of the scripture are written on a paper, they immediately begin to shine, because the whole Word is written in correspondences. This is true of the Bible alone; no other written material has an internal sense. This phenomenon of the written material happens because the Word in its internal sense is divine truth from the Lord; the written Word is its external sense and the divine its internal so the internal makes it shine in spiritual light. The evil uses this phenomenon as a trick to create light and make itself look heavenly in various ways when it is not. Swedenborg writes that there are thousands of tricks like this they leverage for evil uses. Its like in “It’s a Wonderful life’, when the angel says ‘Every time a bell rings an angel gets it wings’ (which is a beautiful allegory about the response of innocence to angels). But the crass, external-minded bartender starts opening and closing the register to ring the bell, and he scoffs, ‘Hey look, I am giving out angel’s wings’.
The democrat leaders now are doing these kind of tricks, in a earthly way, a lot, but their intent is the same. They have no respect for God and his divine order, but abuse due process and use dirty tricks – and they actually think they’re winning by doing this! In the phony impeachment they are taking the principles of democracy, the constitution and due process (all of which are from spiritual wisdom of the Word) and leveraging the gaps in their rules for evil and tyranicle purposes. Shifty has maneuvered himself into the position of witness, prosecutor and judge and controls the whole process. This is an abuse of democracy, it’s not how democracy and due process is supposed to work. AOC, Rashida Omar and many others do the same thing with free speech. In my last post Pelosi admits the democrat strategy it so smear, create a phony media story out of it, and then use the phony story as evidence to prosecute. By this they hope to put someone in jail, destroy their reputation, and to dominate all the news and obstruct the process of getting real work done. They don’t give a damn in hell about America and what is right, they want to rule from their self – which is the signature function of hell!

A satire site made this point in a pretend article about AOC’s justification for late term abortion. (I don’t think AOC really said this): “We, the Democrats are doing God’s work. By killing babies we are sending them to heaven. I truly feel that Jesus would bless the legislation we’ve created and open His arms to us. It is His word that we follow. Jesus Christ was a socialist, you know, just like me. I’m emulating Christ everyday.”

The terrible misconception depicted here is that it’s not of humans will to cause death like abortion does, but God alone! It’s true that it’s a gift of God that when a baby dies it goes to heaven, but the time of birth and time of death of every person is entirely up to the providence and infinite wisdom of God. The democrats strategy and idea of abortion is an example of how the natural minded play devious tricks with divine order. Because they are only external they are blind to the spiritual and the internal, and they use information the wrong way, and for the wrong reason. The left doesn’t see the moral problem with willing and advocating for the death of an unborn baby. This kind of reasoning and trickery is from the influence of evil spirits in hell.