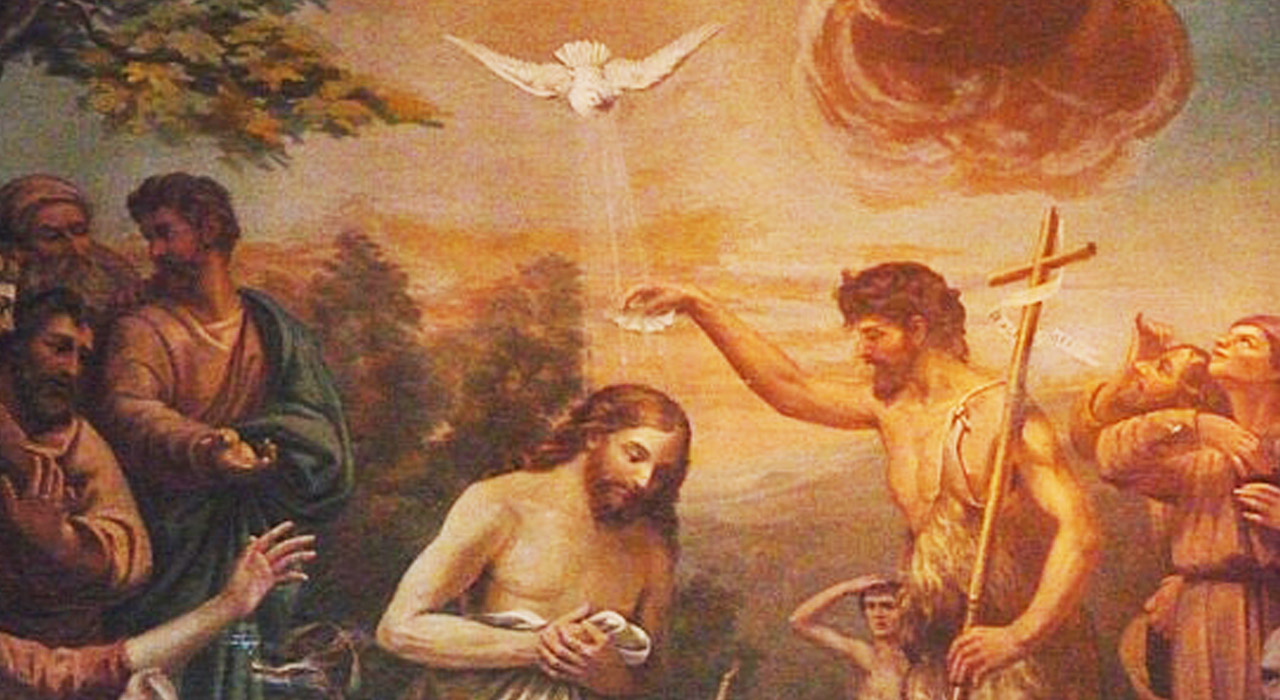 The Great Purpose of John the Baptist

By
Steve Sanchez
0 Comments
0
1880 Views
When we look into the spiritual/historical purpose of John the Baptist a deep sense of God’s wisdom emerges. When pressed by the priests John identifies himself as the fulfillment of Isaiah 40:3: “The voice of one crying in the wilderness: Prepare the way of the Lord; Make straight in the desert a highway for our God”. On an earthly level the last sentence is a reference to the roads that were built by the Romans through the rough terrain so that kings could travel in their royal chariots. These roads eventually made it possible for everyone to access new lands and connect new people and places. This is the metaphor for the purpose of John. John was the trailblazer of the way out of darkness. He was the means of transition between the old dying church, and the new Church to come.
John’s whole life seems to have been one of great focus, preparing for the brief, but profound period before Jesus began his public ministry; and he carried out his mission with great intensity. He became well known and was much talked about, long lines of people came to hear him and be baptized by him. He Baptised the people with water, and proclaimed the coming of the Messiah; and he called people to repentance. He was like an Olympic athlete that trains for decades for a great race that takes a short time to run – the was the original ‘spiritual athlete’.

John’s job was no less than to re-establish the means of conjuction between heaven and earth. This had to be done for it is a universal principle that the internal (heaven) must have a foundation (earth) upon which to rest, and the connection between them is accomplished by correspondences. The use of the Jews for correspondence had come to an end. They no longer served their purpose as the representative people, and without a church on earth that acknowledged the Lord there is no means for humanity to receive heavenly wisdom. The last sentences of the Old Testament in Malachi are:

Behold, I will send you Elijah the prophet before the coming of the great and dreadful day of the Lord. And he shall turn the heart of the fathers to the children, and the heart of the children to their fathers, lest I come and smite the earth with a curse (Malachi 4: 5,6).

To curse the earth does not mean that God chooses to do this but that the people had so seperated themselves from God that they were at the end, they were about to be destroyed forever by evil because of their own choices. The same thing is said in many prophets when they say phrases like, ‘the destruction to come’, the ‘day of wrath, and vengence’. It would have been over for humanity, but God sent ‘Elijah the prophet before the coming of the great and dreadful day’. By Elijah here is meant John the Baptist as the Lord himself explains in the gospels. The reason He calls John Elijah is that they both represent the Word as to the Lord. Turning the heart of the fathers and children refers to the renewal of the church John’s actions will bring about. On these points Swedenborg quotes the prohpet Zeph and writes:

“In that day there shall be the noise of a cry, that the great day of Jehovah is near, that that is a day of wrath, a day of trouble and distress, a day of wasteness and desolation, that in the day of Jehovah’s wrath the whole land shall be devoured, and that He will make a consummation with all them that dwell in the land (Zeph. 1:7-18)”.

From all this it is clear that unless a way had been made ready for Jehovah when He was descending into the world, by means of baptism, the effect of which in heaven was to close up the hells and guard the Jews against total destruction they would all have perished.

John, his actions, his preaching, his baptism, served the purpose of establishing the new means of conjuction with heaven. Because he was the agent of this change even the things he wore and ate had essential meanings by correspondences. Correspondences have to be acted out in reality, in the physical world, and John established baptism with water as the new means of correspondence. His was the external baptism that prepared the people to later receive the internal baptism of Jesus. The baptisms performed by John and the men and women that willingly received it made it possible for angels (under the guidance of the Lord) to be present with, and protect those willing to receive it. Heaven and earth are distinct from each other, but they must always be connected. As said above, earth is the foundation of heaven; and for both to exist they must be in union, which is done by correspondences.
It is perhaps astounding to hear that heaven needed people to participate in correspondences in order for the angels to have access to protecting the people from the emminent darkness. The way correspondences work between heaven and earth could be compared to an electrical current in a wire that must have a grounded node to connect to; John and his actions along with those who responded to him established the earthly node. Or it could be compared to a river that had gone dry with only water holes left in the river bed. With no water between the holes the fish could no longer move from one hole to another. John’s actions began to reconnected the holes with water. The people baptized by John were the beginning of the new Christian church, they were the people able to hear and receive Christ’s message. Whether he did this exclusively I don’t know; it seems to me the disciples contributed to the external baptism, but John’s was the primary beginning.
Along with performing baptism John called the people to repent, or change their hearts, by which the people began to understand and believe that Christ was the Messiah and to have more caring hearts for others. Those that heard his message, repented, and allowed themselves to be baptized where initiated into the new church, that is, into the community of love and charity. To acnowledge who Jesus was in heart spiritualy brings people into his presence and protection, whereas before they were seperarted by the darkness. This was joyous good news – for they were emerging from a dark nightmare. On this critical time Swedenborg writes:
The baptism performed by John represented the cleansing of the external man; but baptism as practised among Christians at the present time represents the cleansing of the internal man. That is why we read that John baptised with water, but the Lord baptises with the Holy Spirit and with fire. So too John’s baptism is called a baptism of repentance. The Jews who were baptised were nothing but external men, and the external man cannot become internal without faith in Christ. It may be seen in the Acts of the Apostles (19:3-6) that those who received John’s baptism became internal men, when they accepted faith in Christ and were then baptised in the name of Jesus (AC 690).
John’s baptism prepared the heavens so that the Jewish people could continue, when God Himself came among them…They were prepared by being enrolled in heaven and counted among those who at heart waited and longed for the Messiah, as the result of which angels were sent to become their protectors” (TCR 691).
All of this shows how great was the role of John, and how real the historical danger was for the Jews. The separation between the Jews (and humanity in general) and God and his Word had grown too far. There are examples of this from the past, for instance the unrepentent people of Ekron, Bethshemesh merely looked upon the Ark of the covenant – and were ‘cursed’ perishing on the spot. (The Ark represents the power of the Word). Uzzah also died when he touched the Ark. The Jews at the time of Jesus were no longer protected by being the vastated representative people, so the same would have happened to the religious leaders, and many of the people, and eventually the whole planet if it were not for the urgent and merciful actions of John the Baptist to establish a new connection that brought them the protection of heaven.
To understand the significance of John’s role further we will also examine some of the specific correspondences in John’s appearance and story.

Confession of and Working with Loneliness