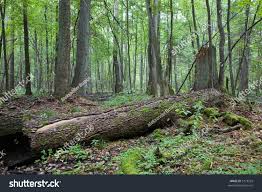 By
Steve Sanchez
2 Comments
0
1302 Views
“The second death” means spiritual death, which is damnation. The first death is natural death, which is the death of the body. The 2nd death is the death of the soul, which is by confirming in life hate of God and others, causing the soul to take on a form that rejects good and loves hate, cruelty and deception. Damnation means eternal life in hell. The difficult thing to accept and understand in this is the question, “Why can a person not leave hell?” I find it hard to accept also, but I believe it is basically true. Of course I don’t know exactly what takes place but can share with you the principles of why I think it is true.
God and the angels do everything possible to save everyone, but a person who stubbornly rejects their every effort is free to do so. In this life our soul is in process of development. As we grow and mature, and hopefully learn to serve God there is a striving for union between our natural self and the spiritual soul that forms a bond. (Union is innate from God, and it comes from his nature; it is reflected in all created things; just as heat and light function in union, so does love and wisdom, the former of which proceeds from the sun and the later from the spiritual sun). God is constantly guiding us to seek this union which takes place between the external and internal self, and evil is constantly trying to separate them, which means to avoid, deceive and destroy. If harmony is forged between them, that is, our internal self is genuinely reflected in the body, face and actions, we are honest in our affections and actions, and we work to reject evil. And when we are tempted we work to overcome the evil, and if we do, this more than anything forges a bond in our soul that can’t be taken away. This is orchestrated by God and the constant effort of God and we look to him for strength to do it. This is why God puts us through trials and suffering, for these things make a our soul ‘soft soil’ that can receive Him in humility. If we do these things a bond is formed, if we do not there is separation. The more frequent and the longer we go on one way or the other, the more fixed the pattern becomes. (It is a universal principle that the natural is the foundation of the spiritual; the one depends on the other for existence and formation). In the Bible there is the phrase, “Where the tree falleth, so it lies”. This means at the time of death the union of the internal and external self form a set constellation, which is never the same for anyone, but in general it is either prepared to receive heaven, or it is not. The angels will do everything possible make it so, but the person will accept or reject their approach based on the constellation of loves in their soul. Once in the spiritual world we no longer have the natural (body) part of the equation, so the process of the formation of this constellation is no more. So the constellation of loves that send a person to hell cannot be changed.
The heavenly person is now in their complete spiritual human body and grows in happiness based on the attributes in their constellation. Happiness in heaven is based on the expression of internal skills used for the sake of others; it is expressed through useful giving in marriage, friendships, community, jobs, and hobbies, art and worship like it is here except with many times greater acuity. It is the opposite polarity in hell.
So seeing all this one can understand how extraordinarily important it is to prepare our self while we are here on earth; and we can see why it is almost impossible to go from heaven to hell once we have entered either one.