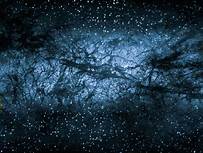 (Before reading this article it would be best to read some of the previous articles in this series on the universe, so that one has some grounding in the operating principles).

The greatest mystery in Science now is the ‘dark universe’. Scientists openly confess they have no idea what dark energy and dark matter are in themselves, but they see the effects and dynamics of them clearly now in the universe. I think that what science calls the dark universe comes from the effects of the transfer of energy from the spiritual world to the natural world. Most scientist refuse to go there but the picture is becoming more and more clear that this must be explored as the answer to many of their questions. Not doing so causes them to get some things wrong.

In describing dark energy Esiegel writes: “When physicists say “dark energy,” we mean that we observe a uniform accelerated expansion to the Universe, and in physical cosmology the thing that causes that is a uniform energy density with a sufficiently negative pressure.”

Adam Riess writes that Dark matter is a component of the universe whose presence is discerned from its gravitational attraction rather than its luminosity. Scientist observe that the mass of the stars visible within a typical galaxy is only about 10 percent of that required to keep those stars orbiting the galaxy’s centre. Dark matter is the unseen mass from matter whose presence is consistently present in effect but cannot be seen.

In observing its effect throughout the universe scientist have formed the picture that Dark matter is an incredibly constructive force that shapes the universe; it is the  creative energy that is constantly building forms of beauty, use and danger. The effects of Dark energy are observed as the destructive force that drives things apart and works to annihilate life and its structures.

In describing dark energy in the universe scientist say that a vacuum is not a vacuum but there is ‘vacuum energy’ in space itself. Science identifies energy particles, or virtual particles that manifest right-out-of the vacuum of space, which I think is an indication of spiritual influx into the natural world (I described this in the last article in this series). In the big picture scientists describe Dark energy as accumulating most of its power in the voids of space, that is, in the vast empty regions between the strands that compose the cosmic web. They believe that this accumulating force is pushing the galaxies, and the cosmic web itself apart, and that it may also tear apart the objects we see in the universe when it gets strong enough. Dark energy is everywhere in space whether it is empty or not. In visualizing all this it is important to remember that the physical correspondent in the natural world doesn’t necessarily carry moral evil, but that it is a reflection or image of the evil process in the spiritual world. For instance an insect like a cockroach corresponds to something from hell, but the cockroach itself does not necessarily carry moral evil, though it is repugnant to us.

Good and evil in the spiritual world are utterly antithetic; they completely repel each other similar to the way the ends of a magnet refuse to be put together. It is a correspondence that dark matter and dark energy have sister particles but they cannot occupy the same space and when they do they annihilate each other. The idea that these opposite energy/particles exist is consistent with the spiritual principle that for everything in heaven there is an opposite entity in hell, and that there is an equilibrium between them as counter parts and in influence, but in themselves there can be no union at all, only repulsion. The Proceedings of the National Academy of Sciences de3scribes these energy particles in this way: “The researchers detected photons that matched predictions from the dynamical Casimir effect. For instance, such photons should display the strange property of quantum entanglement—that is, by measuring the details of one, scientists could in principle know exactly what its counterpart is like, no matter where it is in the universe, a phenomenon Einstein referred to as “spooky action at a distance.”  (https://www.scientificamerican.com/article/something-from-nothing-vacuum-can-yield-flashes-of-light/).

Dark matter corresponds to the influx from heaven and is associated with the growing and birthing of structures in the universe like stars, solar systems and galaxies, and the cosmic web. Dark matter has an innate inclination to create forms and structures.

Scientist describe dark matter and dark energy as being in an endless battle with each other and the struggle determines the structure of the universe we now see.

In the very early universe scientist say dark energy was there but it had little effect. In general this idea is consistent with the story of the fall. In the time of the Garden of eden there was evil and the potential of evil in man, but it was held in check and dormant. Adam and Eve were not alone in the garden of eden; they are symbolic of the first society of people and church of mankind. In the Garden of Eden people could communicate in a direct intuitive way with Angels. Divine truth was received by them from God and the angels in an immediate way, so there was no need for a Bible. In a similar way in the early universe dark energy was of little effect. Only when the universe began to take shape and there was separation between stars and galaxies did dark energy begin to come into power. Scientist say it needed the empty space of voids to gain its power.

Scientist say the early universe was pure energy, there was such intense heat and radiation normal matter and Dark matter could not coalesce. The intense heat and radiation blasted everything apart so nothing could clump together. But it is the characteristic of Dark matter that it is not effected by radiation or light yet it has gravitation so it could effect normal matter to begin to clump. As the intense heat and frenetic radiation began to decrease normal matter cooled and dark matter more readily caused it to gather into clouds. Scientist describe that the gravitational clumping of dark matter caused normal matter to clump together, and to gradually take form into dense clouds. The clumping and forming of matter is a meta leap in the nature of the universe. In the early universe the accumulating matter was mostly gas clouds of hydrogen and helium. As the clouds began to increase in density the gravity they produce incrementally increases in density forming spheres of intense gravity that eventually cause nuclear fusion to ignite. This is the next meta leap that forms Stars and light in the universe. Then generations of stars are made and and galaxies are formed. From this the ‘scaffolding’ of the cosmic web begins to form, which are all the strands and nodes that are connected together in a complex that is the cosmic web. This structure is another meta-leap. Also, the generations of  huge stars exploding in supernovas and from new matter and new elements that are distributed throughout the universe. When stars explode more and more elements of the periodic table are brought into existence and spread through the universe. The bigger the star the more rare the element produced by its power. In the solar systems around stars the environment for life incubates and takes shape and microscopic life comes to be, plant life and animal life come into being and this is another meta-leap. Finally, on planets that have just the right conditions human life comes to be. Human life, made in the image of God, comes to be. Humans lie is the greatest leap of all in that they have self-awareness, consciousness, the capacity for love, and for good and evil. The whole progression in the universe leads up to, and has the end purpose of supporting human life. Each step of the process has a varying degree of correspondence to the human form. Science has given us this magnificent picture of universe in time. They call dark matter the architect of the universe and it is in a continual battle with dark energy. The great question is, how does dark energy know what forms to make?  The answer to this question leads us to two principles (that apply equally to the natural and spiritual universe), and that are magnificent in helping us to understand the puzzle of dark energy and dark matter. We will discuss these in the next article.