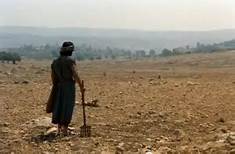 “I say to you there will be more Joy in heaven over one sinner who repents than over 99 just persons who need no repentance”.
The greater the distance one has to ‘traverse’ to come to God, the greater the joy of salvation. Often those who have lived in relative stability in life and in religion don’t have the same inner joy as those who had to fight to come home. I had a client who wanted me to read the parable of the prodigal son. I did and she identified with the son who stayed home and was upset that his father celebrated his brother who wasted all his money on riotous living. It made sense she favored this one because part of her personality is demanding and superior, (but she is willing to seek). The father in the parable, who represents God, said, ‘It is right to celebrate for he was lost and now he is found’. The prodigal son went to the lowest of the low, and came all the way back humbled. The inner distance travelled opens up new avenues in the soul. Spiritually it is a great change of state. The goal is not to punish ourself but to see and remove hereditary evils in us.
The 99 that have little need of repentance didn’t have to change much. They didn’t have to transform their soul. I worked with a man once who said he couldn’t feel God and I presented various ways to help him feel God. He said, “I am not like you. I didn’t have to suffer getting out of a cult”. While that was probably a dig it’s indicative of an emotional coating that blocks reception. When tragedy almost struck he made his emotional love of his family (the deepest thing he knew) his God and did not appeal to the Lord. Love of family is of course a good thing, but it’s not God. Humans have good, but we are all tainted with evil, and never to be in the place of God. No one gets away with being complacent to God, but we try. That’s the tragedy.
I asked a young man once what his belief in God was and he said something like, “I don’t have a religion, but I am Ok with them all, I am neutral to God’. I felt an abhorrence; his words literally felt like vomit to me. In those words are jadedness, ignorance, arrogance, and hidden in them is hate. No-one gets away with being neutral to God. That is vanity of the worst kind. The deepest need (and source of strength) of every human is to have something to which we can completely humble ourself, and that we can trust – God, who is present with our core self. (These needs are also approached in genuine intimacy and friendship.) In the Bible Jesus says to His disciples who had learned to trust Him “I now call you friend’. We can do this.
There really is no excuse for not coming to believe in God in the end. No matter what has happened to us God is ever present. He is the conclusion of life, nature, man, and the Word. The consequences of not doing so are our own fault.
Jesus is the inner teacher for all of us.

Guest Post by Raquel Martin on the Impeachment Hearing: He Who Points the Finger - How Turley Brought Sanity To the Face of Those Who Would Destroy Our Constitution