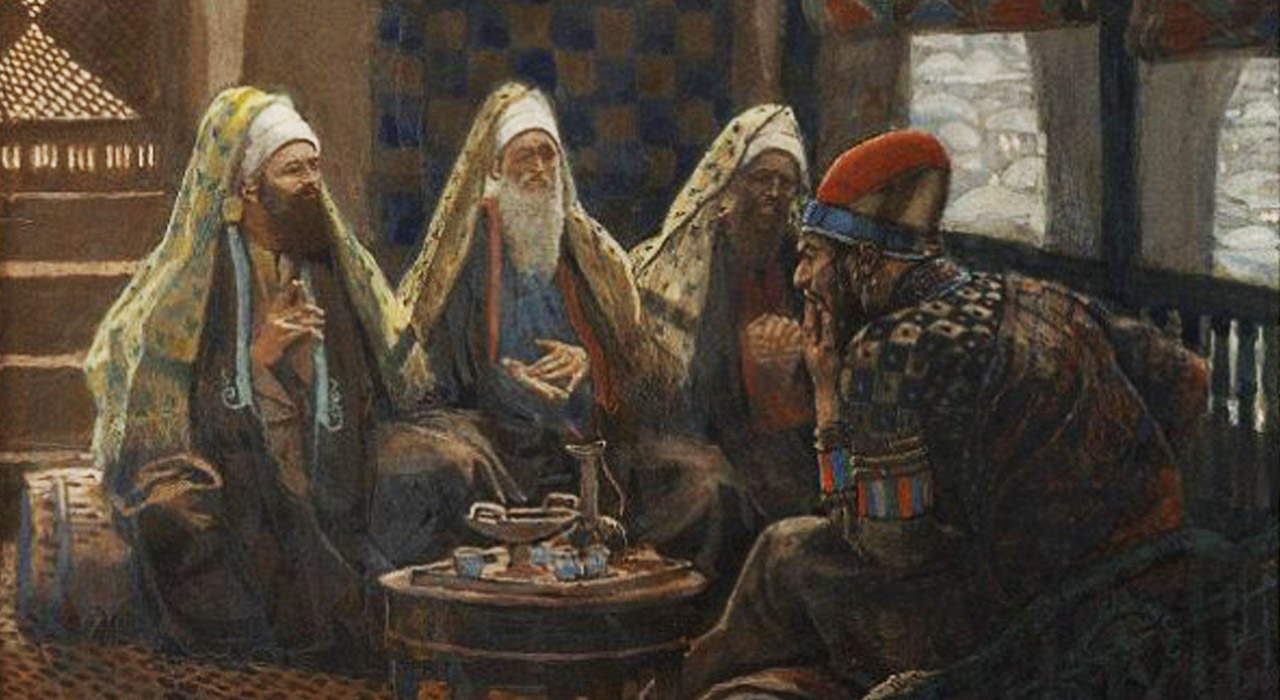 For Holiness to be Holiness there must be a marriage between the natural and the spiritual, between the foundation and the Highest, the alpha and omega, between man and woman. This principle is everywhere in life and the scriptures. In the story of John the baptist we described how the correspondence of his leather belt represented his purpose of restoring the bond between heaven and earth. With passion he fulfilled his mission to restore what humanity had lost, the bond that is essential for humanity to exist and to be saved – he had the gift to see the divine in Jesus and the perseverence to serve Him. Jesus called him the greatest man ever born because of the purpose he served, a truly phenomenal man. The three Kings that came to the brith of Jesus had phenomenal awareness. Most of the world had become consumed and traped in external things, but they pursued and put together the signs of the times, and had the tenacity to make a great treck to Bethlehem to witness the birth of the Lord. It is commonly said that they had knowledge of astrology and spiritual arts, and confirmed this awareness with an understanding of the prophecies. Swedenborg tells that these men of the east were the greatest of the wise men from there; that they were of the last on earth to have knowledge of correspondences, and from this they deciphered the meaning of the star that shown in the sky and followed it.

The land of the sons of the east was Aram or Syria – Aram or Syria meaning cognitions of good. And because the Syrians, or ‘the sons of the east’ means those who possessed cognitions of good and truth, they above all others were referred to as wise, as…in Matthew, in reference to those who came to Jesus at His birth, “Wise men from the east came to Jerusalem, saying, Where is He who has been born King of the Jews? For we have seen His star in the east and have come to worship Him (Matt. 2:1, 2)”. Indeed in Syria there existed the final remnants of the Ancient Church, which is why cognitions of good and truth still remained there (Arcana Celestia 3249).

The knowledge of the ancients was based on knowledge of correspondence. This kind of knowledge is true knowledge, it integrates the factual, the scientific, the spiritual, the poetic, and wonder.

The star itself is a good example of how holiness is the marriage of the natural and the spiritual. With God being born on earth a great conjunction was being restored between heaven and earth. Because of this great conjunction by the law of correspondences it could not be otherwise than that a light would shine in both. In the spiritual world the Lord always appears to the angels as the spiritual sun, so in the glory and greatness of this newly founded conjunction light from a star was visible even in the natural for a time. I would conjecture that there may have been some kind of supernova in a star far away that burned so bright that it could be seen shinning in the daylight; the supernova would be a natural correspondence with the spiritual event. Or, I suppose it is possible that the Lord allowed the spiritual sun to be seen for a time, similar to the way He allowed the shepherds and many others to see light from heaven for a time. Either way it is Holy and by the providence of God in heaven.

In the moment of union there is revelation and inspiration and the light burns brighter. The angels of heaven were rejoicing at this new hope for the restoration of good on earth; their great love, desire and work is for the salvation of others; the light from the star is only the tip of the iceberg seen on earth that corresponds to the light and rejoicing in heaven. The divine itself was entering the natural world – the greatest event in history – and the star was the manifestation of the greatness of this brightly burning union. The gospels give us an idea of how the rejoicing of heaven poured over into the natural world: at the time Jesus was born shepherds keeping watch in a field were suddenly immersed in light from heaven; and they received the joyous message from angels that a savior was born. This underscores how important it is that there be witnesses on earth of the divine event. This witness of a few is essential for the reception of the many. There must be some who receive it in full cognition for the event to be received in its wholeness. This phenomenal awareness is especially expressed in the story of the three Kings; they served the purpose of being fully aware of the signs in the heavens, of the prophecies in the Word, and they witnessed and worshiped the Lord in person. This kind of full cognition – and action taken on it – is like the completing of a circuit that allows full reception so that the circuit can be received and used by others. Simularly, Simeon and Anna serve this purpose as told in the story of Jesus presentation and circumcision (Luke 2: 25-38). Simeon is said to be a devout and good man yearning for the consolation of Israel, and that the Holy spirit was upon him. Anna was a prophetess in the temple court. No-one around them had a clue who the baby was, but they somehow knew Jesus was the divine one come to save them. They were special souls who yearned so intensely for the day the Christ would appear that they were able to ‘know his voice’ when they saw him or heard him. Great love in the heart brings with it an elevation of perception. Indeed Swedenborg writes that it is a universal principle that love is a container; and that within the love in our soul comes all the knowledge and wisdom necessary to fulfill that love. This principle gives us some idea of how these great witnesses of the divine were able to achieve their phenomenal awareness.

And, behold, there was a man in Jerusalem, whose name was Simeon; and the same man was just and devout, waiting for the consolation of Israel: and the Holy Ghost was upon him. And it was revealed unto him by the Holy Ghost, that he should not see death, before he had seen the Lord’s Christ. And he came by the Spirit into the temple: and when the parents brought in the child Jesus, to do for him after the custom of the law, Then took he him up in his arms, and blessed God, and said, Lord, now lettest thou thy servant depart in peace, according to thy word: For mine eyes have seen thy salvation, Which thou hast prepared before the face of all people; A light to lighten the Gentiles, and the glory of thy people Israel. And Joseph and his mother marvelled at those things which were spoken of him. And Simeon blessed them, and said unto Mary his mother, Behold, this child is set for the fall and rising again of many in Israel; and for a sign which shall be spoken against; (Yea, a sword shall pierce through thy own soul also,) that the thoughts of many hearts may be revealed. And there was one Anna, a prophetess, the daughter of Phanuel, of the tribe of Aser: she was of a great age, and had lived with an husband seven years from her virginity; And she was a widow of about fourscore and four years, which departed not from the temple, but served God with fastings and prayers night and day. And she coming in that instant gave thanks likewise unto the Lord, and spake of him to all them that looked for redemption in Jerusalem (Luke 2: 25-38).

These two were special because in an external world; yet they had the perserverence to be internal people. Simeon demonstrates a full prophetic awareness of Jesus’ life, and speaks it in the presence and Jesus and those around, thus completing the circuit for the preparation of reception. This is expressed in the line, ‘that the hearts of many may be revealed’. As shown before it is the purpose of prophets to reveal the truth so that people’s conscience may be stimulated, that is, there spiritual state revealed so they have the opportunity to change it. It seems that Simeon soon dies after prophecying, but Anna goes on to teach about these things. Simeon and Anna are part of the ‘remains’; individuals who God can use to begin His new church. As we have shown the most essential thing to building the new church was to grow people who can perceive the divine in Jesus. Because they could see it, it made it easier for others to see it; their consciousness paved the way in a spiritual way, and in Anna’s case at least actively teach others with inspiration.