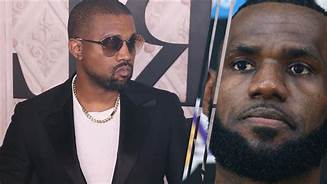 Lebron is twisted up in his thinking; he clearly hates Trump and resents America. He caves to China, and claims racism to whoever disagrees with him. He’s been led the wrong way by extreme black leaders. He is truly great as basketball, but banks on his Kingship and massive marketing appeal to give him political cred, but when you hear him speak he does not sound intelligent because he is led by the mind of others in group think. His twisted up thinking results in a strange ‘privileged victimhood’ that is untenable. His victimhood in his mind as a black man is still there, inviolable, no matter how much prosperity he gains; he puts no end to it, and there is no forgiveness anywhere in sight. While in reality he has gained everything in America, and all that America is about – freedom, opportunity, democracy, capitalism, fairness and due process, and ‘In God We Trust’. At the same time Lebron denies those in China who are laying it all on the line fighting against real oppression, fighting for their freedom, for the kind of life we have here in America. Because he is so twisted up Lebron can only react with rage at those who point out the truth to him. He can’t handle the truth!
In contrast, Kanye is a real hero. He puts himself way out there to support America, God and Trump. He changed the focus of his career to Give all the credit to God where it belongs. He stands up and tells blacks and all people they are not victims, but empowers people by showing them they can take responsibility for their lives. I profoundly admire what Kanye is doing. Fighting for Jesus in America, inspiring people to see all good comes from God – not self. Lebron is the opposite. He thinks it all comes from himself (which is called proprium and comes out as hubris). Lebron has a real problem in his twisted thinking. He needs to get the knots out, but he seems to have no one who can stand up to him and set him straight. In his mind He is the king. He is insulated by ‘yes’ men.
NBA was at its best when the dream team won Gold for the red, white and blue and captured the imagination of the world. Each player felt great love and honor for their country and the flag. Now that China pulls all the strings the NBA is a far cry from that. Maybe Jordan and the dream team could talk to him, but Lebron seems confirmed in his rage to the flag.

No Leader Has the Accurate Moral Sense of What to Do and How to Do it Like Trump: Operating At 'The Speed of Trump'