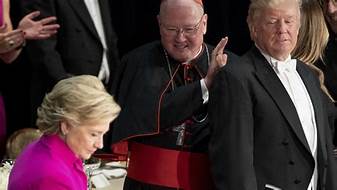 The left puts ideology before life, and to the degree they do they go blind to common sense. (The right does a similar trick in a different way, which I have written about in an article about the New Era of Thinking in this blog). To put ideology before life is backwards, because it is a universal principle that all thought is proceeded by affection, not the other way around. And when it is the other way around emotions run the mind and the mind justifies them. Our state of love is the baseline of our true state, and thoughts arise from the end purpose of our love. Thoughts come from a desire to articulate and be of use to that love, whether it be good or bad. Good morals and good to others are inherent in love, and we use our mind to interpret and act from these. Swedenborg writes that ‘a man has two faculties, constituting his life and soul – the will and understanding. These are distinct from each other, but so created as to be one, and when they are one they are called ‘Mind’. So the mind is the union between the will and understanding, and in this harmonous function the understanding serves the purpose of love. To the degree the will and understanding are in union we act intelligently; to the degree they are not we act irrationally.
We can see how this works in religion. Doctrine is very important for our understanding, but doctrine (wisdom) is meant to serve life (love); not the other way around, when it is the opposite it becomes dogma that imposes on life and becomes a tool for control.
So putting ideology before life allows for the mind to become abstracted from good and evil, because then the understanding and the will are separate. God reaches us through affections that contain innocence and love, and continually strives to guide these to be integrated with intelligence. Real compassion arises from innocence and humility in our heart which are the receptors of God and lead to the wonderful state of innocence coming into union with intelligence. False compassion is an abstracted compassion. It doesn’t really come from oneself but from others and their thoughts and ideology. (This is similar to what Swedenborg calls ‘persuasive faith’ which means one took on the thoughts of others but has not internalized them for our self and so they are external and can often be manipulative. It is also true that persuasive faith can be useful in leading to internal faith).
The syndrome of false compassion is an old and continually repeated trick that comes from the spirits of hell (something that C.S. Lewis depicted masterfully in ‘Screwtape Letters). What better way to trick people than to make them think they are being compassionate, and therefore good in their mind, while their will is actually quite different? Swedenborg describes in several places how false compassion is an old familiar tactic of hell, and it stems from falsities in religion. He calls it ‘unreasonable compassion’ and tells how people that are in it can’t see it, and refuse to change, and that it harbors a will that wants to rule others politically. He further shows that those in it seek power, and if they were to get it they would destroy the world. You can see all this being acted out to a T in politics today. Ah, if only these people knew they were being controlled and acting patterns that are the same over and over. Swedenborg writes:

“I spoke with those who were prompted to unseasonable compassion, and it was given me to say that it is outrageous. Their disposition was to exercise compassion towards those who were aiming to deceive and pervert the whole world, intent only upon their [vile] ends. But when instructed in their quality they still persist [in their misplaced pity], which was in fact worse, for those who are thus compassionate refuse to be affected by compassion from the Lord toward those who perish [by their means]; even if it were the whole world that should perish. Still they would not desist from their compassion towards those who destroy them. I observed that those were of this character who reason much concerning the Divine government, and thus cast themselves into absurdities, not knowing what compassion is, and remaining obstinate, though instructed. They suffer themselves to be easily persuaded by such deceitful, merciless spirits, who inspire compassion for the sake of themselves and their own preeminence; and so long as this deceitful persuasion is infused into them, they persist [in their mistaken pity]”.

The Meaning of 'I Will Create Rivers in the Desert': Description of the Internal Mechanism By Which Jesus Restored All Mankind.