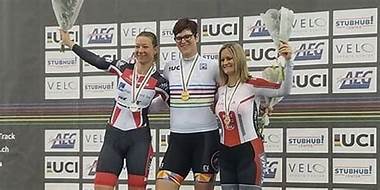 There Are Only Two Genders, No Matter How Manipulated on Earth: The Idea of Androgyny Is the Gross Opposite of the Beautiful Concept of Union.

Liberals believe in Androgyny for it justifies gay activism, identity politics, and now as you see in the news transgender athletes competing in women’s events. Idea of Androgyny is the ugly stepchild of the principle of union; it says man and woman enmesh into one uni-sex thing, that they are not their former identity and become something else. This is not the case. We can manipulate the physical body, but it is mere manipulation; the soul is distinctly male or female for eternity. Here on earth we can combine male and female qualities, and have homosexual sex and pretty much anything goes, because we have an external physical body and have freedom. Here we are in the balance between good and evil, while in the spiritual world heaven and hell are separate. In heaven Forms don’t meld and mush together. They can, or at least appear to here in an androgynous way, but that is only on the external. In any case it is our duty to strive to be like heaven as best we can. Internally the spirit remains a man or a woman, there is no such thing as androgyny. In heaven things that are in accord, as in marriage or people from the same society, enter into a profound union. For instance in nature two objects can be pressed and mixed together but they only truly bond when their is a chemical reaction that bonds the atoms. In common language we say ‘those two people have chemistry’. In heaven a man becomes more particularly a man with all his body parts and a woman more particularly a women with all her body parts, and a woman is said to be the most beautiful of all things in heaven; both man and women grow into the bloom of youth this way for eternity. (Swedenborg describes seeing a wife in heaven of such astounding beauty he could not stand to keep his gaze on her). The more heavenly mates become themselves, the more they become ‘one’ in conjugal love, and the more they become one the more they become distinctly them self, man and woman. Everything in heaven is a union from similitudes of particular qualities and loves. Correspondences connect forms through loving uses expressed from the body, blessing the other while retaining and increasing the integrity of their own form. The paradox is the more a man and woman become one, they more they become distinctly and beautifully masculine and feminine. They become one in the sense that the loves of their will become ever closer and closer, and the will is the most essential part of a person, while their body and self remain distinct. This means that their touch between them becomes ever more pleasurable and fulfilling.

The idea of Androgyny is a gross opposite of the beautiful concept of union. The principle of union is a universal principle for it originates from the Lord, the source of life. In Him is the Holy Marriage, which is the union of His divine soul and divine body. And the nature of the creator is reflected in all things that he creates. Union is a magnificent paradox in which the more distinct counterparts become themself, the more they enter the bond of union, and visa versa. For instance, in the true marriage union the more a man and woman enter true love the more they become distinctly and beautifully them self.  Androgyny has no part in the truth that innocence in our soul is the elixir that opens what God has written in our soul. The union of Innocence and intelligence is wisdom, and allows us to be led by God. In heaven a man becomes more distinctly a man with all his body parts and a woman more distinctly a women with all her body parts. In true marriage and heavenly marriage the Bible tells that the two become one. I think we can understand this in that their greatest love is the good of the other, and our deepest love is what we are. In heaven the faces of married partners have inner beauty, the husband receives the blush of her love; and the wife the splendor of his wisdom. The two become one like the eyes of the body are single but together in use make one vision. She feels the delights of her own heat in her husbands light, the bond of the particulars of the two – make each other shine brighter! A woman angel is said to be the most beautiful form of all things in the universe; if heavenly, both man and women grow into the bloom of youth for eternity. From all this you can see how false is the idea of androgyny.
The whole of heaven itself is in the body of God the Grand man; thus the universe is in the form of a human, and all things in it are in relationship and connected like all the parts of the body are connected. God is Jesus, the divine human, so Jesus is the human of God. In the nature of God are the qualities of man and woman, love and wisdom. The Holy fire from Him proceeds from the marriage of love and wisdom. All spirituality in life is based on the marriage of love and wisdom. If by androgyny one means there are male and female qualities in both men and women that I think that is true – like yin and yang – and also like yin and yang the man has predominantly faculties of wisdom, and the woman faculties of love. But in academia androgyny implies the bodies of men and woman meld or combine together into a sort of third quality called androgynous. This is not how it works at all in heaven, and only externally can it be impressed in the natural world.

And yes, there is sex in heaven. In heaven sex is playful and blessed, a spiritual love that is filled with innocence, intimacy and wisdom, and because it is spiritual its delight are unimaginably more surpassing than here.
If one understands correspondences one can see that it is an essential process in the universe.(You can read about correspondences on other articles in this blog.) The correspondences between the manly and womanly form are perfect, and what is more, perform the greatest use there is in heaven. They provide the highest love in heaven – true marriage love – and they provide that humans will always be born and populate the Lord’s heavenly kingdom for eternity. The more people that enter heaven the more complete it becomes, so true marriage love between a man and woman fulfills the highest use there is.
There is no correspondence for homosexual sex in heaven, so I do not believe that it exists there. Many people seek to justify androgyny because that would justify homosexual sex and identity here and in heaven.

The Art and Effect of Standing Up to Bullies From Love: Why I Think Trump Is Doing the Right Thing By Pulling Out of Turkey

No Leader Has the Accurate Moral Sense of What to Do and How to Do it Like Trump: Operating At 'The Speed of Trump'