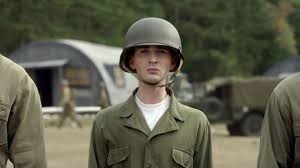 NFL Kneelers Want to Stick it to ‘The Man’. WHO IS ‘THE MAN?’

By
Steve Sanchez
0 Comments
0
1978 Views
NFL Kneelers want to stick it to the man. People with BLM signs in their front yard want to stick it to the man. Antifa hates the man. It is a no brainer to these folks that Trump is ‘the man’.
What is ‘the man’. I think this is a good definition: a person in power that keeps the status quo, is of the establishment and doesn’t care about the little guy, but abuses the little guy with his power. (Hillary wanted so badly to be ‘the man’.) Trump is certainly a man in power, but does he fit the other criteria? I think not. President Trump asks the little guy to pray for him, and He prays to the people. He acknowledges and shows affection to those who suffer, those in catastrophes, those who respond to catastrophes at every chance. He wants people to be sovereign, which is manifestly of God. He has been an absolute champion against the globalist/socialist movement, and the Muslim infiltration of society. He champions coal miners, manufactures, business people; he upholds the power, rights, and talents of women; He stands up to the bullies inside and outside of the USA. He is trying to give the biggest tax cut in history to the people. He is the anti-establishment which is why he is hated – from democrats, his own party cronies, and by radicals. He won the election by representing, ‘the forgotten man’, from day one he announced he is giving power back to the people. How do you give power back to the people? By this: you remove corruption at every opportunity, and two, you restore and base everything on the free market. This is what he has done more than anything. (Plus, you make sure there is not voter fraud, and you honor real heroes of the military and first responders, not phony celebrities).
On the other hand what are the likes of kneelers, BLM, and Antifa accomplishing? NFL stadiums are starting to get sparse. In a few years it could get much worse if they keep it up. The are taking the spirit and joy out of sports. That is a real loss in society. Sports are a very uniting and fun thing. Who would of ever thought they would attack sports as a way of protesting? They are hurting the little guy for the sake of trying get back at Trump, to supposedly show police that they ‘wont take it anymore’. Their stance does not hold water; its all about hip style, posing, the counter-culture of rebellion. They try to muster up some meaning behind it, but as the Zombies said, ‘she’s not thereereeree…!’. 99 percent of police are good men, doing a tough job. Because we as a nation are tethered to the Word most of the salt of the earth Americans have a conscience and believe in respect for our fellow man and fair play. Kneelers, BLM know nothing of sacred honor what it means to sacrifice for country, and they are tearing at the fabric of the USA, and hurting the little guy. The worst thing is that they do not see that they are pawns of globalist/socialist anti-American forces backed by the likes of Soros, Obama, and other high powered, evil minded obstructors. These folks are obsessed with the idea that Americans are privileged and therefore deserve to be taken down! Even the kneelers, and suburban people with BLM signs in their yard are on board with this idea. This idea is how they blame the USA for horrific events like 911, and how they justify saying ‘we deserve catastrophes’. What many don’t know is that at the heart of this ethos is a love of destroying the world, and even a hatred of God, which is the eternal desire of the forces of hell. The left would have the voice of the little guy silenced; With Trump our voice matters, there is a little bit of ‘the man’ (the empowered) in all of us. The left is much more ‘the man’ (the abuser) than anyone.
The Trump movement is purging the USA of evil – that is the first definition of greatness and a Godly movement. This is not something that goes smoothly by nature; its a messy, confrontational undertaking. And he who leads is hot target #one of slander and deceit. This is a spiritual battle for the heart of America, and make no mistake – the Trump movement is by the providence of God! Trump is simply a servant leader of the movement, and as such he deserves our respect and honor. But of course only those who love America and honor God will be able to do so openly.

The Example of Jesus For Us in Life: A Practical and Spiritual Sense of What it Means to Be Like Jesus

How do You Give the Power Back to the People?