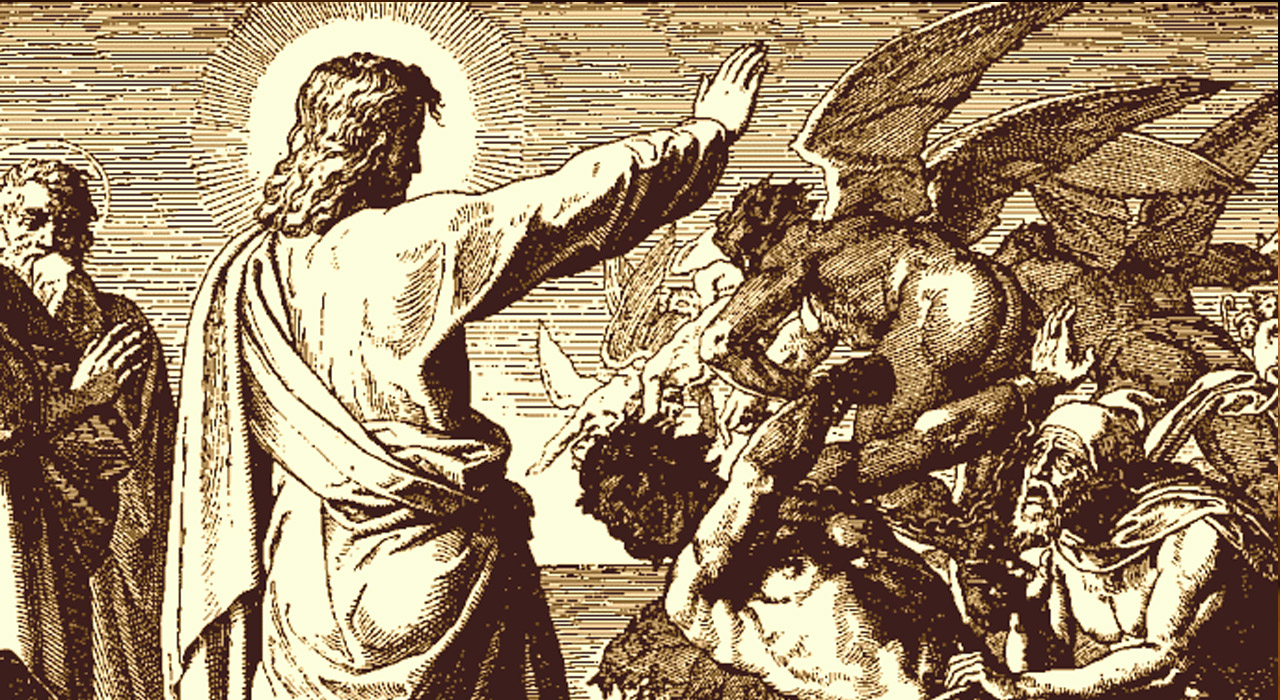 In a previous article on “The Renewal of all things” we discussed the great difference in the spiritual state before and after the resurrection. This article is on the same theme, but focusing on why there were so many possessions during and before the time and Jesus, and why this phenomenon went away gradually after. It also discusses the same phenomenon in relation to miracles.

During his life on Earth, we see the Lord’s ability to command and remove evil spirits. This corresponds to the work he is doing in the spiritual world. In the spiritual world, he is doing a massive work far beyond our ability to comprehend: He, by the power of his might alone, gradually subjugated all the hells and put the spiritual world back into order. This took time. The enormity of this work is described by the prophets and in the gospels, but mostly in the Book of Revelation. This is one reason it is important to understand the extent of the darkness on earth before the Lord came – it gives us a perception of the enormity of the battles the Lord performed. Two effects of these great battles are the great amount of miracles that were done during his life and shortly thereafter, and how extreme possessions were before and during His life.

Possession by evil spirits, as it existed before and during the time of Jesus, and for a while after, is no longer allowed. The disciples continued to perform some miracles after Jesus. It remained on earth for a time after Jesus’ death while the work of subjugating the hells and restoration of heaven went on in the spiritual world. But it gradually ended in the very early church times as the Lord restored equilibrium. The reason is is that the possessions by demons that existed in the time of Christ were a direct result of the loss of equilibrium between heaven and hell. This kind of possession does not take place today because we are in equilibrium. Loss of equilibrium is always in evils favor because it is evil that seeks to attack and destroy. When this happens evil has undue influence on humans and so can actually control some people’s bodies. Swedenborg describes how there are sometimes in today’s world ‘obsessions’ that look like possessions, but they are different. The difference can be seen in the way Swedenborg describes that there are external and internal obsessions. External obsessions are called possession in the Bible. In these, evil spirits actually control the body as we see in the Bible where the possessed convulse, act violently, and have no control of their body. As I understand it internal obsessions take place when a person gives their mind over to rejecting God, and inwardly meditates evil against others. All people in order to live receive influx from the presence of angels and demons that are around them. By the quality of love and motivation we entertain in our hearts and minds we choose which side will predominate in our soul. If a person rejects God, and his angels, and obsesses on evil to an extreme degree they put themselves in a position that God’s angels cannot protect them. The reason being is that they become completely external and their internals close; they loss reception of good from angels, but open to evil. They are obsessed with evil and meditate on acting it out, and of course some do. (More can be read about this in Heaven and Hell, 257, or AC 1983).
For the same reason that external possession stopped, overt miracles gradually ceased along the same timeline after the time of Jesus. This is because both possession and miracles compel people to believe or not believe. In normal times (when there is equilibrium in the spiritual world), neither the good nor the evil spirits are allowed to compel. They can influence humanity, but they are not allowed to force people to choose one way or the other. In the time of imbalance, however, evil was forcing people to its will, which took the form of possession at times. It was necessary for miracles to be visibly performed during Jesus’ life in order to help bring people to believe in the divinity of Jesus. The miracles have a good purpose, but they also compel. Miracles were used to convert an external people in an external way. Nevertheless, they were an important beginning. This is what is meant by Jesus’ disapproval of people who are looking for ‘signs and wonders.’ To believe in the divinity of Jesus was the most important of all beliefs for renewing religion on earth. Miracles did not necessarily change people’s hearts because the people did not come to belief from within and make it their own. Overt miracles are a ‘fantastic’ external measure. Miracles were allowed (in New Testament times) in order to compensate for the breach of equilibrium by evil spirits. This is why miracles like those described in the Bible were allowed then but do not occur today.