One may think in spiritual things it is not that important to know who is ‘the greatest’. But this is a useful exercise for it helps us tp examine what is greatness and what are the actions and states that led to this greatness. I am not including Jesus because He is God. Here is what I propose.

I think we are on solid ground to begin with what Jesus said. Jesus said John the Baptist is the greatest man ever born of woman. If the divine one has said it is so then so it is. It is them important to see why John is the greatest, to see the deeds he has done. This will also give us the criteria for the second and third.

John’s job was no less than to re-establish the means of conjunction between heaven and earth. This had to be done for it is a universal principle that the internal (heaven) must have a foundation (earth) upon which to rest, and the connection between them is accomplished by correspondences. The use of the Jews for correspondence had come to an end. They no longer served their purpose as the representative people, and without a church on earth that acknowledged the Lord there is no means for humanity to receive heavenly wisdom. The last sentences of the Old Testament in Malachi are:“Behold, I will send you Elijah the prophet before the coming of the great and dreadful day of the Lord. And he shall turn the heart of the fathers to the children, and the heart of the children to their fathers, lest I come and smite the earth with a curse”. (Malachi 4: 5,6).

What made John above all others is believe is that His time was a time of apocalypse. What most defines an apocalypse is that there is an imbalance between good and evil, and once this starts it will lad to complete abysmal darkness if not reversed. It is essential for mans survival and salvation that there be an equilibrium between good and evil. (There are in depths articles on this blog on the loss of equilibrium). Swedenborg tells that the time before Jesus was born was the darkest the earth had ever been and would ever be. This means that what John helped Jesus overcome was the greatest use a man could ever perform.

John’s whole life seems to have been one of great focus, preparing for the brief, but profound period before Jesus began his public ministry; and he carried out his mission with great intensity. He became well known and was much talked about, long lines of people came to hear him and be baptized by him. He Baptized the people with water, and proclaimed the coming of the Messiah; and he called people to repentance. He was like an Olympic athlete that trains for decades for a great race that takes a short time to run – the was the original ‘spiritual athlete’.

John’s job was no less than to re-establish the means of conjunction between heaven and earth. This had to be done for it is a universal principle that the internal (heaven) must have a foundation (earth) upon which to rest, and the connection between them is accomplished by correspondences. The use of the Jews for correspondence had come to an end. They no longer served their purpose as the representative people, and without a church on earth that acknowledged the Lord there is no means for humanity to receive heavenly wisdom. The last sentences of the Old Testament in Malachi are:“Behold, I will send you Elijah the prophet before the coming of the great and dreadful day of the Lord. And he shall turn the heart of the fathers to the children, and the heart of the children to their fathers, lest I come and smite the earth with a curse”. (Malachi 4: 5,6) (By Elijah is meant John the Baptist for both correspond to the role of Jesus in the Word.)

Now, we all know that in pop culture people are deeply moved and fascinated by super heroes. The single greatest achievement that defines a super hero is that they save the World from destruction. To do so is to redeem Mankind from evil. This is so powerful in the human psyche because deep in our soul we must be able to trust, to have hope, and believe we will be safe. The heart of all redemption is done by Jesus Christ who is the ‘hero of heroes’. It is He who comes and reverses the loss of equilibrium for only He has the divine power to defeat the myriad powers of evil on earth and the spiritual world. But He always uses a human agent to help in His work. It is Jesus alone who achieves the internal of this work, a man like john does the work necessary on earth. For instance, the Baptism of John is said to be ‘by water’, and the baptism of Jesus is by the ‘spirit and fire’. Water represents the external baptism and fire represents the internal.

The greatest thing a human can do is be an essential agent in saving the world, and this John did and is called by Jesus ‘the greatest man ever born of woman’.

I purpose the second greatest human is Emanuel Swedenborg. There are three times in history there was an apocalypse – at the flood in the time of Noah; before and at the Incarnation of Jesus; and at the time of the second coming. There is nothing that compares to how awful these are times are, because this is the only time Man losses internal freedom. Freedom is entirely based on the maintaining equilibrium between good and evil; at the pinnacle of this balance is man’s freedom. He can go either but evil and good cannot compel him. Once the imbalance begins to go toward evil Man has no power to stop it, only the Lord has the power to stop it. Even in these times God follows his own rules of divine order, meaning there has to be a process of how to overcome the problem in the natural and the spiritual world. God corrected it differently each time.

Swedenborg’s role in the second coming was primary to the Lord’s purpose, (similar to John’s primary role but in a different way). The second coming took place at the end of the first universal Christian church. This was because of the decline and corruptions of the Catholic, Protestant and Muslim church at the time. At this time these church’s had become almost entirely external and causing violence in the world. The essence of the second coming is that the Lord revealed and restored the internal sense of the Word. The Lord did the work in the spirit, and Swedenborg was providentially prepared to bring to light by written explication the inner sense of the Word. As the Lord opened the internals for this an understanding of the internal sense also had to be published in physical form on earth by one who had full awareness of it. In this way Swedenborg was the primary agent of the second coming on earth. He is not the second coming; he is an agent of its communication. When there is one or more in full awareness on earth the light more readily spreads to others. There were many others, such as DeCarte, Liebnez, and hundreds of others who came into an enlightened awareness, but Swedenborg was the only one granted by the Lord to be in, and to study the realms of heaven and the wisdom of angels – even while he was on earth. No one in history has ever be given this privilege.

The second coming initiated the enlightenment period in history, which can be seen by the explosion of awareness of God, and an inner relationship with Him. Great writers like DeCarte began to explore their inner relationship with God, and at the same time many began to reject the corrupt dogma of the church. There was not only an explosion of spiritual awareness at this but also of scientific discovery. The second coming is the light of the Lord being made available in its fullness for the understanding and liberty of humanity, and this was received and communicated by many men and woman that shared this light in thousands of creative ways. Swedenborg’s role is primary for two reasons. For the last thirty years of his life, he was given the great gift of being raised into the light of heaven; in this capacity he travelled the realms of heaven so that he could communicate to humanity the wisdom of heaven. Secondly, he was taught by angels from the Lord the internal sense of the Word in enormous detail. He was commissioned by the Lord to publish what he learned, and he did so with unprecedented, tireless dedication.

Here is a quote from Swedenborg explaining the nature of his role: “Since the Lord cannot manifest Himself in Person, and yet has foretold that He would come and establish a New Church, which is the New Jerusalem, it follows that this will be effected by means of a man, who is able not only to receive the doctrines of that into his understanding, but also to publish them by the press. I testify in truth that the Lord manifested Himself to me His servant, and sent me to this office; and that afterwards He opened the sight of my spirit, and so intermitted me into the spiritual world, and has granted me to see the heavens and the hells…from the first day of that calling I have not received anything whatever relating to the doctrines of that church from any angel, but from the Lord alone, while I was reading the Word” (True Christian Religion, n. 779,780).

I purpose that the third greatest human in all history is Noah, because he also is one who was the primary agent in saving the world. The bible reads:

God told Noah to build the ark because the end of most ancient church had come, the people and the church had become external, selfish, and, as the Bible says, ‘wicked’. In the most ancient that was symbolized by the garden of eden there was a direct and close connection to God and the angels. But the people chose to be self-willing and became selfish and began to love evil. There was a loss of charity and the people separated themself from God. So it became necessary that God correct the overabundance of evil, or humanity would be lost in darkness. Noah’s was commission from the Lord to help correct the loss of equilibrium between heaven and hell.

Noah heard God and obeyed God. He performed the incredible task of leading his family and all the animals to start over. Noah all he lead are what are called the ‘remain’ in the Bible, which those who have charity in their hear to the neighbor and love to the Lord, and from these God can start the new church.

There can be no greater use than being the agent that helps God save the world from an impending apocalypse. Now that we are in the New Jerusalem Jesus promised there will never be an apocalypse again. 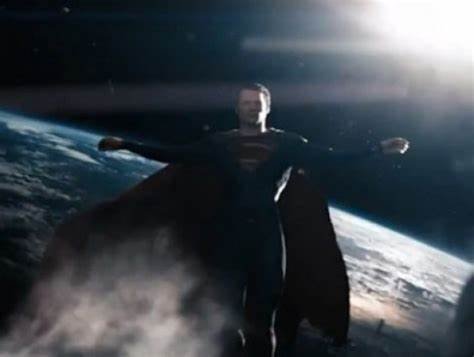 No tags
Previous
Next