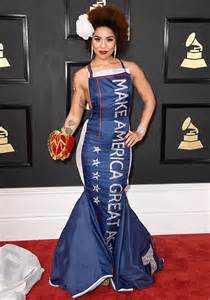 Genuine spirituality comes from union of love and wisdom, from the practice of doing good uses for others and acknowledging good comes from God; and they are to be done together. When the Bible says to be harmless as a dove and wise as a serpent it expresses a spiritual practice that is to be done in union, not separately. This requires humility toward the source, and the integration of the two is the spirituality of it. Yoga means union. To act from only one or the other only is dissociative, and they remain external. For instance those who act from blanket compassion toward immigrants are only being harmless as doves, and there is blindness in this without being discerning. Progressive Christians have long tended to overlook the principle of union in theology, and go all out for the one side of compassion; for instance when I was in a progressive seminary in Berkeley very few believed there was an actual hell. Many felt this way because they believed it was less than compassionate to think God would allow anyone to be in hell, a false belief that completely takes the teeth out of genuine religion. (This subject is discussed in another article). So they subordinate the spiritual reality to their feelings and ideology.

A similar phenomenon happens in a different way on the conservative side of religion. Protestants developed the doctrine of salvation by faith alone from their own prudence, not Gods. This doctrine is the opposite of the principle of union in that it separates faith from charity, when in truth faith (wisdom) and charity (love) are only effective when bonded in union. Faith and charity work together for the health and salvation of our soul, exactly like the heart (love) and wisdom (lungs) work together to keep the body healthy and alive, and cannot function without each other. Salvation is by faith and charity together, and they are bonded in our soul when expressed in useful activities for our self and especially others. The doctrine of salvation by faith alone was also the fabrication of man. During the bitter battle for control with the Catholic Church Luther provided leadership and made many advances that countered the oppressive ways of the Catholic Church; but in doing so he hit upon the Doctrine of Salvation by faith alone to distinguish the protestants from the Catholics. This doctrine caught-on and took the heart and soul out of religion by removing the bride of faith – charity. It started in a different way what was so objected to about the Catholics – put religion on the shoulders of a doctrine of tradition, not from the wisdom of the Word. It still goes on today, fervently held onto by evangelicals, but it has been an untenable doctrine from the beginning, and since the second coming it has been muted and reconciled in many ways so that in practice a lot if its harm has been taken away.

Much of liberal thinking originated in liberation theology, which is based on the idea that ‘God favors the poor and oppressed’. This was first started in South America by Catholic nuns and monks to serve the purpose of the poor and oppressed working people. This served a good purpose for the poor in that situation, but it is a false doctrine and has since been used as ideological tool for coercion, political leverage and power. It also was meant to serve the oppressed but became the oppressor. This is because it is by the will and fabrication of man, not from the divine of the Word. The black community took up the idea and used it in their activism to bring favor to their cause, and later the gay community took it up as part of their ideology. In the hands of man this doctrine of favor leads to selfishness, and power struggles. It is of the natural mind to think that God would favor any particular group or people – not the spiritual mind. It is a falsity because God does not favor the poor, the oppressed, the rich, or anyone. God favors none; and God favors all. God sees what is in the heart of every man and woman, and every nation and religion, and they receive according to the fruit of their soul. I believe it is of the nature of God that perfect justice is always done in the spiritual world. For any group to say that God favors them selves, or another group, spiritually descends into is nothing more than ploy for political leverage.

So the falsifications of both progressive religion and conservative religion can be understood by their mistreatment of the principle of union. This does not mean those who do this are all wrong by any means; these doctrines or beliefs become traditions and people are peer pressured into them to a large degree, but if at some point they make it part of their own will that is where they become culpable according to spiritual principle. It is very valuable to be able to distinguish these problems in thinking so that we make good choices and so we do not throw the baby out with the bath water. This understanding of how religion strays from being genuine helps one to deal with feelings of anger towards religion so that we don’t go so far as to destroy our relationship with God. The misconceptions are of the religion of man, but the internal of religion is always in a pure and holy state – a distinction that is invaluable to contemplate for the sincere seeker.

Progressive, post-modern religion operates in a relativistic, contextual paradigm of thinking. It emphasizes social justice, equality and compassion, and in general gives a low authority to the Word, not understanding that the Word is much more than wisdom literature but is Divine truth from God. They resist anything that smacks of absolute truth and certainty, because these, as they see it, are the source of abusive dogma, bigotry and oppression. They tend to not operate on the whole equation of Gods truth but half the equation. I will give examples of this. 1. By not acknowledging that the Word is divine and tethering oneself to it, the vital of religion is lost. It is good, but not enough to think Jesus is a great teacher, or that the Word is wisdom literature like many other wisdom texts, while in truth it is much more. The Word actually conjoins humanity to heaven for those who approach it sincerely. As I have shown in another blog posts, the Word is distinguished from any other written material by virtue that it has an actual internal sense and a literal sense. 2. Another falsity from looking at half the equation: Progressive religion tends toward a blanket idea of compassion. It doesn’t understand that charity is only charity if it leads to something good. When the Word asks us to be harmless as doves and wise as serpents it means for us to practice the two together for this is where all the growth, action, and fruitful thinking are. In the symbol of the cross we see a horizontal movement, which symbolizes the contextual reaching out to all humanity and situations, and the vertical movement, which symbolizes tethering oneself to God and seeking His good. Together the two movements become the Cross – a symbol of union, a true and essential expression or humility and strength, of service and love, and the divine work of redemption. 3. They tend to relativize truth and religion; this is a great bane of modern thinking. It saps the meaning out of each of the particular religions, making them equal and without depth. This reasoning is immensely popular in liberal thinking, but provides an easy conclusion but a false one. It feels compassionate to make everything equal. Its like the child that has come to know it can make everyone walk on eggshells by saying if you discipline me I will claim abuse. To relativize is to contextualize everything without the higher vertical movement. In the liberal mind it sets up the argument on the terms of PC thinking, which they see as trumping all other thinking. This has pervaded modern thinking and caused a tremendous weakening of America, and has paved the way for evil. It is of the machinations of evil forces. For instance ISIS uses PC culture to enter and dominate its opponent.

From this progressive paradigm came false ideas such as the liberal idea that in heaven men and woman are, or can be androgynous. As an idea and image androgyny is the ugly stepchild of the principle of union. It is a material conception of a spiritual idea, which always lands in falsity. It says that the two sexes enmesh together and become one uni-sex thing; and in the process that the two change their former identity into the new. Whereas the heavenly reality of union is that the two become more distinctly themselves and more empowered in their identity, more beautifully and distinctly a man and woman – while at the same time becoming one in true marriage. Another example is that the ideology of ‘favoring the poor’ separates peoples. Because it is the fabrication of man and used for political advantage it deteriorates into resentment, conflict and violence. In contrast to this democracy and the constitution are examples of the rigorous genius of the principle of union. Democracy is the greatest form of government for both providing freedom to the individual and establishing the process and legal means of working in community with others and society.

The principle of union is like a fountain from which flow growth and all good things. It encompasses the universal pattern of birth and regeneration on earth and in heaven. It is a fountain because it is a paradox; a paradox in which there is a fruitful tension and potential. Approaching the resolution of the paradox requires and develops presence and creativity, intelligence and observation, humility and strength, inner skill and patience, rigor and joy. The paradox itself never completely resolves but accelerates toward an infinite horizon like the unending decimal points of Pi that are real but go on forever. There are no end of practical examples of this; the heavenly union of marriage is one. Here is another truth to contemplate the exemplifies it in the big picture of life: The more people that enter heaven the more complete it becomes; also, the union of body and spirit, of the internal and external self, of the sky and earth, of psychology and religion.

This is the principle that the best of democracy and America is based on and that we are now turning back to in the Trump presidency. Obama and Hillary appealed to the dissociative impulse in people while Trump is facing reality and inspiring people to take responsibility as he has done.

The Enormity and The Nature of Jesus' Battles with the Hells, and the Process by which He had Access to the Hells