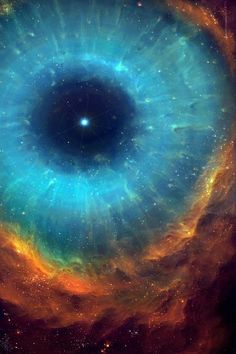 Continuation on the Nature of Over-arching Oneness in the Universe: A study of the Correspondences From the Spiritual World that Help to Understand the Form of the Universe.

This is a continuation of the last article on Over-arching Oneness.

I believe there is a crossing-over point from the spiritual to the natural worlds. That this takes place I think is certain, but how and where? Swedenborg writes about the origin of matter, (from the knowledge of the angels): matter originates from the love and wisdom that radiates from the spiritual sun, and that as this spiritual substance radiates out and slows down in its outer reaches, it ‘cools’ and becomes natural matter. This, in general, sounds consistent with the big bang and I think is an important clue as to how stardust first came to be. The big bang is probably one of the places where there is a crossover from the spiritual to the natural. Because the big bang is from the spiritual sun there is a correspondence from the spiritual sun to the ignition of new suns and to supernovas that occur all the time in the universe. Because the suns correspond to the spiritual sun it is possible that there is a crossover from each sun. This is a very important point that impacts science but science doesn’t consider the spiritual world. Nevertheless science helps greatly in gradually discovering particular points that give great clues from natural principles to that which corresponds to spiritual principles. Scientist say that in doing the math there are two points in which there is an ‘information paradox’; one, in the center of a black hole, and the other in the big bang. I would suggest that these points of information loss are indicators of where there is a crossing over between the natural and spiritual worlds (but there may be others too, because science has probably not discovered other points of paradox.) The igniting of a sun, which is nuclear fusion in its core corresponds to the big bang because the big bang is an ignition and creation, not a destructive explosion. Also, in the spiritual sun, which corresponds to natural suns, is the Holy marriage in the Lord between his divine soul and body. Suns and the Holy fire in the Lord are fountains; from suns proceed light and heat and all the materials and energy of life; from the spiritual sun proceed love and wisdom and all the spiritual gifts of life that fill the souls of people. The purpose of the suns and the correspondence between them is why I think there is a (comparatively) small cross over from the spiritual to the natural suns. Also, as I have written about in this blog, a supernova corresponds to the resurrection of Jesus who is God, and in the resurrection, the amazing wonder of it is, that Jesus brought His body into the heavenly realm by making it divine. That He did this is the greatest cross-over from the natural to the spiritual that will ever be. Now since everything that exists repeats the form of the creator (Jesus is God), we can see that the process of Jesus’ glorification (which culminates in the resurrection) is the blue print, by correspondences, for understanding all processes in the natural world and spiritual world. In the resurrection He became the innermost and renewed the whole of the Grand Man, so everything about the glorification process shows the nature of the universe (if we can correctly piece it together). For instance, (in another article on this blog) I have shown how in a supernova all the higher elements of the periodic table are produced and distributed in the universe, and how this corresponds to the gifts given to all humanity from the divine human in the resurrection.

To review, the above is an over-view showing how the universe is eternally expanding, and it is self-contained; in short it does this by cycling into and out of the spiritual world in various ways, all of which correspond to the human form.

The opposite side of the above is that elements of matter cross over from the natural into the spiritual. Science has identified an ‘information paradox’ in black holes and I believe this is an indication of a primary place where a cross-over takes place. The ‘information gain’  from spiritual substance coming from the big bang and suns is balanced by the information loss in the black holes. The human form is the model for how all this works, so we could then compare the function in this overall picture of the universe to the process of the body constantly taking in fuel and excreting it. (In other words, yes, a black hole corresponds to the anus of the universe.) As I have written about many times before, and Swedenborg proves in many ways, the overall form of the universe is that of the Grand Man, and all the functions, structure, and relations of the universe correspond to that of the human form. Correspondences never fail in the Word, in nature and in the human form; the human form provides sound clues as to the functions in the universe. The receiving parts of the human body, like the eyes, ears, tongue, lungs and skin, and especially the mouth would correspond to where the spiritual enters the natural each in there respective ways. The eliminating parts of the body, the skin, the genitals, and especially the anus would correspond to the natural crossing over into the spiritual. How all this works is a matter for further study into each part and function of the body to see how it works in the universe. I am pointing to a possible map of the overall picture of how the universe looks and functions.

Right now, to get a solid grasp of how the universe works we need to address the question ‘what is outside the expansion of the universe, that is, what is the universe expanding into?’ Understanding and answering this question is central to healing our pernicious habit of thinking in time and space only. Essentially this is it: there is nothing outside of the expansion of the universe; it is not expanding into anything – it is everything. The universe is at once infinite and never ending, and it is truly contained. One could both ‘travel’ endlessly – at the speed of light for eternity – and never reach a border, AND it is self contained; it is self contained in the form of a human. The universe is more than anything a reflection of the nature of God; and this is the nature of God: He is a divine man, infinite, omni-present, and omnipotent, AND, God follows his own laws of divine order! That is a paradox the produces an infinitely connected whole. The universe is the body of God and thus contained in God, yet infinite and ever increasing. In God there is infinite connectedness of all things from the highest to the lowest, and all things follow a process under the guidance of God. The nature of God is union, a union that moves ever more inward to greater and greater light and wisdom forever. Structurally this means there is an external to all things and an internal, and there is a union between the external and internal that has an inwardness that continues into an infinite horizon.

Here is the essential principle that explains how the universe is both infinite and self contained: the higher one elevates in wisdom, the more inward one moves, and this goes on continually toward an infinite horizon. The spiritual world does this because it is based on ‘state of love’ and love and wisdom are by nature ever increasing. The only way the world of time and space can correspond to this is by eternally expanding from all points in the universe, as science has discovered. In math we can make a pale comparison to the decimal point of Pi, (which interesting is for the circumference of a circle); the decimal point goes on forever becoming continually more precise without end. In the Bible it is expressed in the phrases said by the Lord: “I am the alpha and Omega”, and “I draw all things unto myself”. No Angel, no matter how High and wise can ever see the whole of the universe because all humans and angels are finite, some can perceive large parts perhaps, but only God sees the whole. God is infinite; He is the whole.  Thinking in time and space this is impossible to imagine; we have to think in terms of ‘state of being’ and it helps to keep in mind the principle we discussed above, that is, that in the spiritual world the further in the more ‘space’ expands.

This principle is consistent with the nature of time. It is only in the moment that humans have self agency and access to the spiritual and to receive from the divine. Being present in the moment is a spiritual matter; it is a practice of bringing union to our body mind and soul, and at the same time, connects out consciousness to the divine. The past is of the mind’s memory, and the future is of the mind imagination. Only God can know the past and future, because He is infinitely present. It is a universal principle, (part of God’s divine order), that no human angel is allowed to know the future, for this would take away freedom, and freedom is what makes men and angels human. I don’t believe there is any such thing as time travel, because it is not consistent with all the above principles. The fact that time has its meaning and agency in the moment corresponds to ‘space’ expanding the further one goes ‘within’. ‘Knowing the future’ corresponds to wisdom; knowing the future is known as prophecy which only comes from God. Everything the prophets said and did was given to them from the divine to do, that is what makes it prophecy.

The task of the next article on this subject is to explore how this principle corresponds with Einstein’s theories. I believe the greatest clues to the nature of the universe are contained in the glorification process of Jesus, and how this process corresponds to the universe.