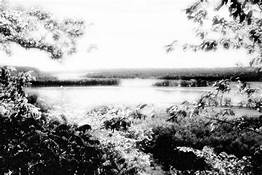 Feeling Into the Song ‘Old Man River’: An Expression of Despair And Yearning For God

I learned to play ‘Old Man River’. One of the care givers at a facility asked me to play it and I didn’t know how, so I learned. It’s been a great song to know. The song expresses deep grief and despair; and, Old man river is, I think, a symbol of God, of God’s presence working in his own time in our world. The singer says of old man river, ‘He don’t say nothin, but he must know somethin’. He’s angry God doesn’t let him self known, and that the singer doesn’t know God better, but deep down the singer feels God does know him. The way he cries-out in the song reminds me of Jesus saying, ‘Why have you foresaken me’, from a human place. The singer says ‘He don’t plant tatters, he don’t plant cotton, but them that plants em are soon forgotten’ – a statement indicating the singer fears God has forgotten them. The singer says ‘I am tired of livin, but I am scared of dying’. This expresses despair, yet he yearns to know what life is for, and what happens when we die. The phrase in the Bible I think that fits this song is ‘The poor in spirit’. The poor in spirit are those who don’t know God well, they may be consumed in difficult circumstances and have a lack of resources around them (whether rich or poor), but who in their heart yearn to know Him. The singer repeats the refrain, ‘Old Man river, He keeps on rollin, just keeps on rollin, along’, as if he wonders at how God is bigger and greater than all, and he feels humble to him even in his despair. The singer seems to feel he is not worthy to know Him. Jesus says, ““Blessed are the poor in spirit, For theirs is the kingdom of heaven. Blessed are those who mourn, For they shall be comforted”. Yearning to God and calling out to Him makes his presence close. The Lord promised he is closest to us when we are most in trial.