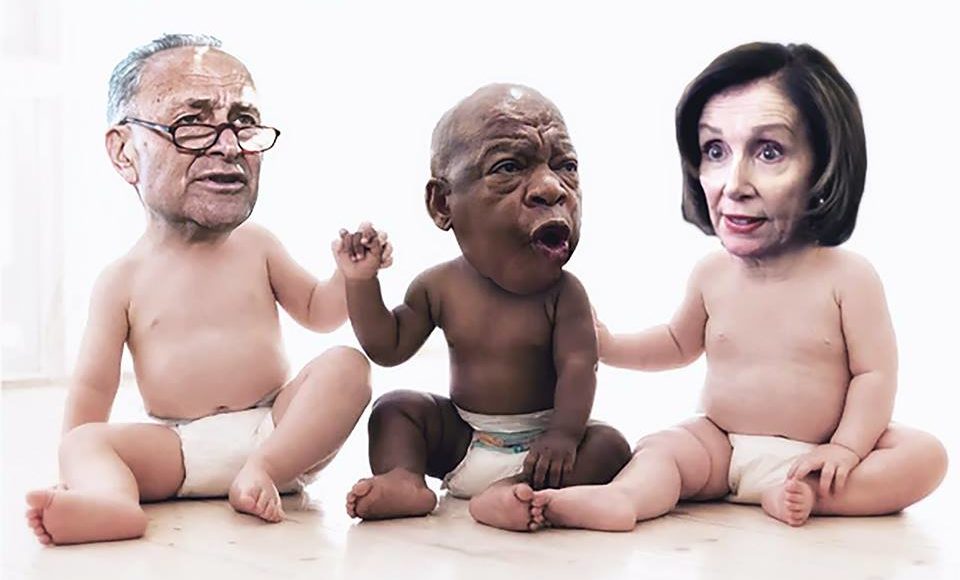 “I will give children to be their princes”. Analysis of Upside Down leaders, Then and Now.

I will give children to be their princes,
And babes shall rule over them.
The people will be oppressed,
Every one by another and every one by his neighbor; The child will be insolent toward the elder,
And the base toward the honorable. (Isaiah 3: 4, 5 NKJ)

This scripture describes upside down leadership which the picture above is a parody of. Leaders are supposed to put the Lord’s love for the people first in their heart, and this gives them wisdom to serve. Leaders in the ancient world like Herod and the Jewish leaders had great external power, but were like kids throwing a fit inside fighting for their own way and power. They put their self first and delight in dominion over others, which is upside down; the self is full of proprium and evil, full of hate, and in a spiritual way eventually insane without submitting to God. Upside down leaders believe in their own prudence and don’t tether them self to the prudence of God. A child sees itself to be omnipotent which is cute because they have innocence, and it is an appropriate compensation for being helpless; so growing up spiritually is about gradually learning to transfer power back to God where it belongs, and this gives a genuine strength that loves others more than our self – because the person retains innocence and gains intelligence (and wisdom is the marriage of innocence and intelligence). But the self-centeredness of upside down leaders buries the innocence in the soul; like a plant that dies in dry, rocky soil; so they look intelligent and seasoned on the outside but have the emotional intelligence of children inside, insolent and oppressive to others.

Isaiah’s words describe the destructive constraints that family roles had become in the ancient world and how each person was ‘doing it’ to the other. The verse quoted above gives a picture of insolent children leading the people with ill intent, which is very apt. The religious leaders obsessively kept the people obedient to the law of the Torah, which was stringent and behavioral. Their use of religion for power furthered the grip of evil on the land. But the leaders themselves were even greater victims of evil for in their spiritual pride most hated the light of Jesus, and intentionally sought to kill the real Messiah. Zealots wanted him for political power, but the leaders were profoundly threatened by Him and wanted Him dead at all costs. Some of the common people had enough innocence in them to respond to Jesus, but the leaders obsession to serve their own purposes extinguished charity in them. There were exceptions, of course. Nicodemus and Joseph of Arimethea spoke up for Him in the trials. Nicodemus secretly came to Jesus seeking answers and guidance in the cover of night. But even he, in his interaction with Jesus, barely understood the teaching Jesus gave him. When Jesus told him that he must be born again, he took it literally, asking, “How can a man be born from the womb a second time?”

To keep the trust of the people, the leaders had to keep up appearances and fulfill their roles according to custom. The leaders and the people were unconscious of how evil was using them, and most leaders fought to their dying breath to maintain power. Evil in the honor shame society of ancient times had manipulated the society to the point the people had no internal conscience, and, therefore, no ability to stop the downward spiral into darkness, and this is why Jesus had to be born. It was the work of Jesus to awaken the fighting spirit deep in the souls of the people so they could find their internal life again.

PART 2: THE MOVIE ‘ARRIVAL’ – A SPRINGBOARD TO SEEING PRINCIPLES OF HEAVEN AND THE BIBLE