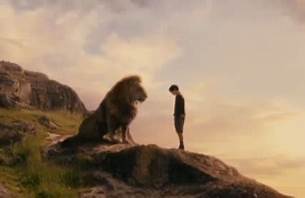 WHY JESUS SAID, “LEAVE JUDGMENT TO ME”: INSIGHT FROM C. S. LEWIS AND SWEDENBORG ON WHY HE SAID THIS

By
Steve Sanchez
0 Comments
0
3257 Views
WHY JESUS SAID, “LEAVE JUDGMENT TO ME”: INSIGHT FROM C. S. LEWIS AND SWEDENBORG ON WHY HE SAID THIS
“There’s only one true faith; faith in the Lord our Savior Jesus Christ. It exists in believing He is God, the God of heaven and earth, that He is one with the Father. Faith is truth. And the truth is Jesus is God. Truth cannot be split or cut in half and maintain its trueness” (Swedenborg).
I believe this statement by Swedenborg is true, and it’s important to see HOW it is true here on earth.
In the spiritual world, the way we believe and love God determines more than anything where we go, even as to the particular society of heaven, (or if we go at all).
Here on earth it is the same except that in the natural world we have an external and internal self in such a way that we can hide, we can de in denial. In the spiritual world you can’t hide like here – we are our love and beliefs, and they are seen by the angels.
In hell they try desperately to hide and deceive, and they live in a fantasy that becomes an insanity, but are seen for what they are by anyone above. Those in hell cannot stand to be seen, and burn with rage, hate, jealousy and vengeance.
On earth the state of our soul is partially conditioned by our place of living, by culture, beliefs, religion and many of these can be false. But here is a very important point to remember – even if a person believes in a religious falsity but does so in good faith – God honors the internal state of love, not the falsity. If the inner love and faith is good, the falsity can later be corrected. This is a big part of why the Lord said, “Leave Judgment to me”. Man can have insight to a persons moral and physical state, but a person’s true spiritual state is only known by the Lord.
This point is made most beautifully and insightfully by C.S. Lewis in his last Narnia book, ‘The Last Battle’. In it there is a prince from the dark empire that worships Tarsheesh, which is basically a demon. The prince serves his king with honor, and fights with honor, Aslan and the Narnians are the prince’s sworn enemies. He pursues the Narnian’s and tries to defeat them. At one point near the end they run through a doorway to escape and find themselves in bright light and a beautiful paradise, and they gradually recognize they are in heaven. The Prince chases them through the door, and is bewildered that he is in light, and, being overwhelmed his sits beneath a tree. That he could see the door at all is a metaphor from the bible where Jesus tells that there is ‘a path and a gate that leads to heaven’. Jesus tells the people ‘do not stumble on this rock’. Those who stumble do so because they cant see it, but those who see it go the right way. They see it because they have spiritual perception.
In the story most of the people could not see the door, but the prince saw it and went thought it, not knowing what he was doing.
Under the tree the Prince is very confused, and then he sees Aslan coming to him. He is terrified at the magnificence of the Lion, but being a man of honor he faces him and says to Aslan, ‘kill him now’, for he sees he has been wrong all his life and he is humbled.
But Aslan tells him, “Welcome, my good and faithful son’. The prince is profoundly mortified and says, ‘But I have been your sworn enemy all my life, and I worshiped Tarsheesh”. Aslan then teaches the Prince that Tarsheesh is a demon, and that he was deceived, but that all his life he acted honorably and yearned to see the real Tarsheesh – and because his heart was true he has came face to face with Aslan.
This is spiritual Beauty.
Nevertheless, even for someone like the prince, whose heart is right but has false believes, they still can not enter heavenly light until they are taught correctly and acknowledge that Jesus the divine human, the one God of heaven. Because their heart is right and good internally the can receive the teaching of the angels.
This story is certainly not a justification for not seeking the Lord, it just shows that the Lord is perfect justice from infinite wisdom. It is a painful thing that so many people and friends can’t embrace and say they love the Lord.
The Lord and the Bible are the way given to us that provide knowledge of and conjunction with heaven, and it is best to follow these.

Why Is it Significant To Explore Deep Issues Concerning the Lord? How Does the Way We Conceive of God and Love Him Effect Our Place in Heaven?