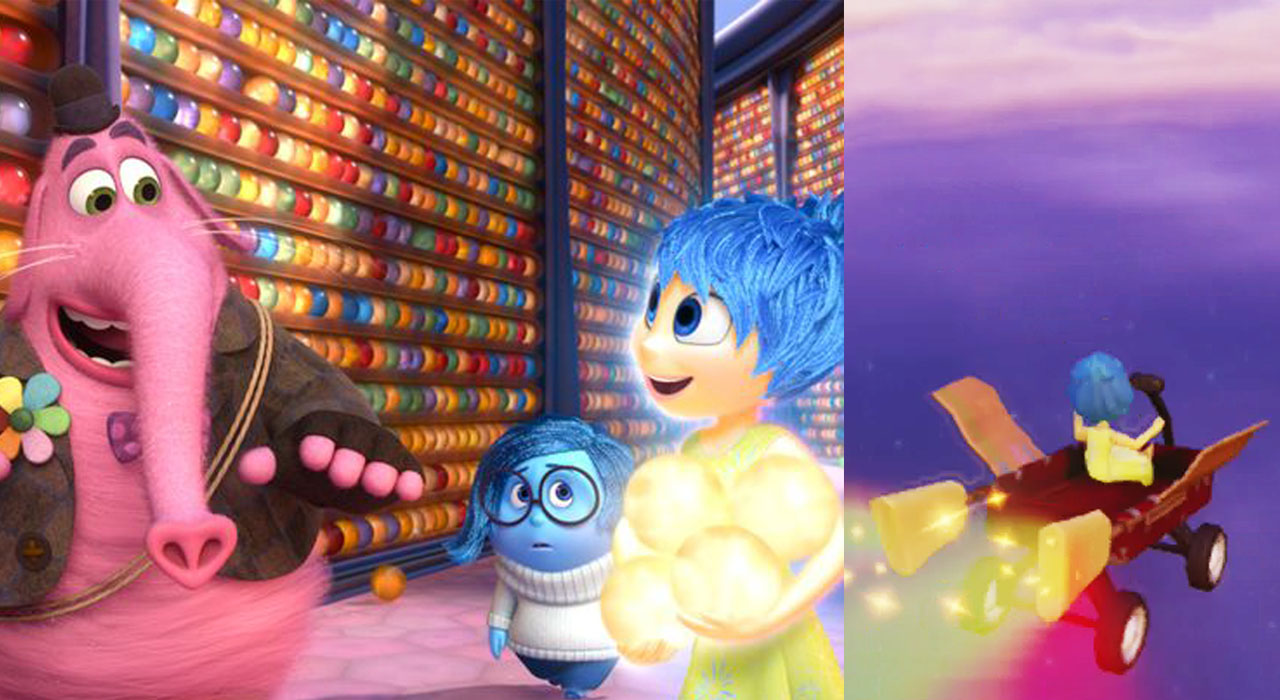 There have been some very good psychological reviews of the movie ‘Inside Out’. It is a great movie and I can’t improve on these, but I thought I would share a personal response to the themes in the movie that moved me a great deal.

In the movie Riley’s core formative identities, such has family island, hockey island, and goof ball island are lost and removed by negative experience. She feels angry, lost, and rejected. She feeds the resentment with rebellion, and justifies the bright idea of running away. She shuts down to her own core loves that bring her agency, and buys in to others negative ideas and feelings. When I first entered the cult of course I didn’t know it was a cult. We practiced healing and psychic work, and these felt like the answer. The cult also provided a secure sense of community and led us on with a great promise of enlightened importance, and the hope of career, and sexual opportunity.

Before I got involved in the cult I was a very good drawer and painter. I gradually became committed to this talent. I mostly drew and painted realistically; I painted landscapes and little stills, and when I became interested I the spirituality of American Indians I painted the faces of great Indians. I took a class at UC Berkeley and the teacher their was very inspiring to me and thought that I was good. He encouraged me to try to paint in an impressionistic way and I quickly took off in doing this. He helped to get a show at the UC extension in SF and I sold two paintings. This was the height of my success in painting, and very confidence building. Shortly after this I first started taking classes at the cult. I had the idea of putting up my paintings there to show them and have them for sale. I was very nervous about doing this, but summoned my courage and went for it. I did it through the leaders mate; but when the leader came in I saw him talking to his mate and when she asked him about it he simply gave a subtle nod of disapproval. That one nod was devastating to me. She asked me to take the paintings down, and after this I stopped painting.

My feelings were already precarious about it, but when this negative feedback came from a supposedly enlightened man I shut it down. All the feelings were still there but I crushed them down. This is like Riley’s island of hokey falling away. All the enthusiasm and creative joy, the challenge and skill of achieving are rejected, but go nowhere, and become inner turmoil. It takes more energy to suppress the feelings than to actually use them. It is very painful and sad.

I had another experience similar to this, but much worse and strange. My marriage was in a shaky place before I entered and was part of the reason I so wanted to find a place to belong. Once I was fully under the wing of the cult they began to influence me to feel that my wife was the kind of person hat couldn’t ‘have’ the teaching – but I was. (This is too long a story to tell in full, but it is all told in the my ‘Spiritual Perversion’). I gradually spent more time at the cult and more away from my wife and daughter, and eventually we got divorced. Many awful manipulated relationships and crisis took place in the cult and I found myself in a very lost place. One day against what the cult people thought, partially as an act of rebellion and partly as an act of desparation, I went to see a prostitute at a message parlor. After being with her I walked the street in a daze and cried convulsively. I felt like I woke from a dream and wondered, “where the hell have I been; is it possible to go back? No, it’s been too long”. The pain and shame was almost unbearable to face. It was if the core memory of my family self had been crushed and forgotten for a time, the pain, anguish, and feeling of loss at remembering my family’s value was overwhelming. It was very, very hard to come back, but I had to. I eventually went back to everyone and sought to express my mistake and make ammends.

I remember standing at the iron gate of my daughters Catholic school, just trying to get a glimpse of her playing, buy too ashamed to try to go in for fear of rejection.

All things can be restored, not as they were, but in some new way, and sometimes loss has to be learned to be lived with. The pain never goes away, but it keeps us within arms reach of our good self.

In the movie sadness has to be incorporated with joy for a sense of wholeness and self agency to return; and then action taken makes our own. This establishes and maintains new core identity. Sadness and Joy need each other and are ultimately directionless without each other. With deep core memory comes intense desire to come back, and the passion to imagine a new path of goodness. Also, in the story above unbeknown to me, (and to people in general) throughout the process God was urging me along, to face and deal with what I had to. He unendingly seeks to guide us back to a heavenly state.

In the movie when Bing Bing sees the loss of the red flying wagon (that still has a little power in it), his sadness is overwhelming and he can’t continue. Joy tries to will him back into action with positive pep talk, but he doesn’t budge. She doesn’t know how to help him. Sadness sits next to him and listens, and by expressing his feelings and memories Bing Bing is heard and seen and comes back. Joy sees this and is shocked; she realizes that sadness did something essential that she couldn’t. She realizes she has been shortchanging sadness and is humbled that sadness has a use perhaps greater than hers.

Joy and Sadness are incorporated into each other, and with union between them are raised to new place of strength and maturity inside. There is a wonderful sacred feeling moment when Joy gives of all the core memories to Sadness, the balls she has been cherishing and carrying the whole time as her duty to protect. The balls turn blue as they had before, but then include gold as they move through to be stored. This is a wonderful metaphor for psychological/spiritual that forms a higher place of strength in the soul. There is something deeper that takes place at the same time. In suffering and going through this our heart is softened and humbled, and with this deep feeling there is an intuitive acknowledgement of God’s presence. Humility makes room for the reception of God in our soul. This acknowledgement and reception of God is spontaneous devotion. When we do this we come into the presence of God by reciprocal desire.

The red wagon is a great allegory for the remains in our psyche. For that story see the article in this blog on Remains.