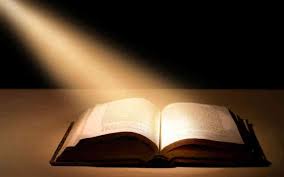 Earth is a Strange anomaly it seems in the universe. It probably wouldn’t surprise a whole lot of people if it were to be found the people of earth are spiritually much less advanced than most aliens. That is exactly what Swedenborg says. The people of earth are very externally oriented and materialistic compared to others in the universe. It is for this very reason that earth is so advanced in science and technology. But in this regard Swedenborg says we are alone in having the science and technology we do. His statement and reasons are quoted below. Of course we can’t know that this is true, but the reasons he gives and the coherency they have with his writing as a whole is very compelling. First I will briefly state here why Swedenborg says we are so unique.

It is a universal principle that the spiritual must always grow out of the natural – and so it is even with the lord. It is so with the Word, and with all things that are birthed – everything that exists! This principle explains the profound reason that earth is unique. God himself needed to have an earth to be born on, an earth in which the Word could be published, an earth where the people had the technology to be able to publish the Word in writing, which is the Bible. The Bible is divine truth from the will of God manifested from the highest heaven to the material world. What is from the divine will is eternal by nature, it cannot be otherwise. In order to exist and persist the Bible had to have its natural form on earth and its divine form in heaven. By the immutable power of divine providence both will exist forever. This doesn’t mean that there couldn’t be earths that are also externally oriented and thus have developed technology, but Swedenborg indicates that this in this earth is unique.

Here are the quotes from Swedenborg.

“I spoke with spirits who were from that earth (another planet), and told them many things about our earth; as that there are sciences here which do not exist elsewhere, such as astronomy, geometry, mechanics, physics, chemistry, medicine, optics, and philosophy; besides arts which also are unknown elsewhere, as the art of ship-building, of casting metals, of writing on paper, and of printing what is written, and thus of communicating it to all in the whole earth, and of preserving it to posterity for thousands of years; and that it has been so done with the Word, which is from the Lord, and that therefore the revealed Word remains unchanged in this earth” (AC 9793).

“But although a human race might by losing contact with the Divine perish upon one planet, an event, however, guarded against by the Lord, it would still exist on other planets. For there are in the universe as many as some hundreds of thousands of planets; on this see my short book ON THE EARTHS IN OUR SOLAR SYSTEM, CALLED PLANETS, AND THE EARTHS IN THE STARRY SKY. I have had word from heaven that the human race on this earth would have perished, so that not a single person would survive to-day, if the Lord had not come into the world and on this earth put on His Humanity and made it Divine. This would also have happened, if the Lord had not placed here a Word, which might serve as a basis and a link for the heaven of angels. On the Word as a link between heaven and men see HEAVEN AND HELL (HH 303-310). The truth of this can only be grasped by those who think in a spiritual fashion, those, that is, who by their acknowledgment of the Divine in the Lord are linked with heaven; these are the only people who can think in a spiritual fashion” (Last Judgment n. 10).

“There are very many societies (of the skin) who constitute the external integuments of the body, with differences from the face to the soles of feet; for there are differences everywhere. I have talked much with them. As regards spiritual life they are such that they allow themselves to be persuaded by others that a thing is so; and when they heard it confirmed from the literal sense of the Word, they altogether believed it, and remained in the opinion, and resolved upon a life, not bad, according to it. Intercourse with them cannot easily be had by others who are not of a similar disposition, for they adhere tenaciously to the opinions they have formed, nor do they suffer themselves to be led away by reasons. There are a great many such from this earth, because our planet is in externals, and also reacts against internals, like the skin” (AC 5554).

“The people of our earth are like the skin in this, that their whole natures are turned outwards to receive impressions from the world. Therefore the impressions of sense are here organized into sciences which do not exist upon any other earth. Therefore also the Word, by which the whole heaven is made, received its literal sense upon this earth; and this literal sense can be turned hither and thither, and is composed of facts of little or no spiritual life, which understood literally by us convey impressions of far different character to the angels, and serve to ultimate, generalize, contain, and suggest the wisdom and spiritual life of the heavens” (AC 9793).

Trump Upholds Ordinary Americans as the New Elites and the Heart of America Responds, While the Left Gets More Extreme - Why?