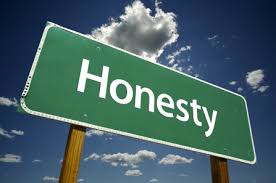 True Leaders, False Leaders, and the Meaning of “Make to Yourselves Friends of the Mammon of Unrighteousness”

Those who’re in good don’t have a zeal for power and control like those in evil because those in good have a conscience and temper their actions, while those in evil do not think of others, but are aggressive to control, to manipulate, even with cruelty – all while trying to look good.
“Make to yourselves friends of the mammon of unrighteousness”; this is the Lord’s counsel to good people to be wise in working with the worldly (evil minded politicians). Most people who have a zeal for power tend to be on the manipulative/evil end, the good don’t have the same need for power, attention, and fame.
The children of light, also known as the ‘salt of the earth’ act for the use of others and the community even above themselves. They believe in divine of Jesus, that all good is from Him, and seek to let themselves be led by Him.
When the Bible awkwardly says ‘children of world are wiser than children of light’; its not literal, it means God uses both for HIS purpose, but those of the world are more zealous and ambitious for self so they are more often in high position. They are used by God to get things done unbeknown to them self. But because they love to rule others and do it for their own glory, not understanding good comes from God, and glory is God’s, they receive no spiritual benefit but inwardly remain dark.
The good tend not to be so ambitious, but learn to lead by serving. Or sometimes God changes the heart of an ambitious person from selfishness to serving the people; they learn to suffer them self to be led by the lord. Schindler is an example, and Trump is the greatest example in modern times. America is meant to be a light to the world from its origin, and is again doing that. This is the work of God’s providence; Trump is merely a servant leader.
Trump is on a roll like no other; he really does have integrity and is a man of his word. The salt of the earth care about results, substance, freedom, community, sovereignty, about God winning – not about phony style.
Trump is the rare gem that has a huge heart for America, people, and God, – AND he is a savvy zealot in handling power! The left is used to soft or hard, and can control and demonize either but not both in union. The real deal has confronted them and its driving them crazy.