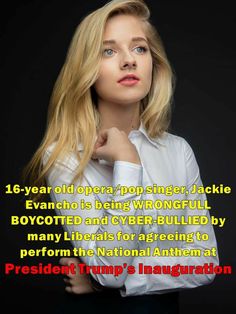 By
Steve Sanchez
0 Comments
0
1354 Views
You see the extreme left acting out what I have been talking about for a long time, that is, FALSE COMPASSION EVENTUALLY LEADS TO VIOLENCE. It does so because false compassion means to live by half the equation of life. Real compassion is to be ‘harmless as a dove, and wise as a serpent’. The union of these two is genuine compassion and genuine wisdom. To separate them makes the mind natural and not spiritual. All spirituality is based on the union of body and spirit, love and wisdom, faith and charity, earth and heaven and so on. It takes an inner skill to exercise this with integrity, strength and humility. To separate compassion and wisdom and any of these others makes the mind natural only, and not spiritual. The extreme left invests in blanket compassion which is to separate. They put ideology before life which is backwards, and why they do such foolish things. On the issue of immigration they justify their view by looking at only the tragedy in some cases of children being separated from parents at the border, and that is all. They look at small, emotional half-truths and leverage them to impose on all. To have moral, intellectual and spiritual integrity you have to look at the whole picture and the particulars. It is essential to honestly look at the CAUSES in the whole situation and the particlars. This brings intelligence. The true seeker follows the truth wherever it leads, not just according to their own ideology.
The reason false compassion leads to violence is because to live by half the equation you have to deny the other half, and this consume one’s mind and energy. The Lord said, ‘you are either for me or against me’, which means NO-ONE gets away with being neutral to God – that is to be lukewarm; it is a repulsive vanity. This is why the extreme left focuses all their rhetoric on emotional appeals, on illegal immigrants instead of our own citizens, why they don’t use wisdom of the constitution, why they give freebies and think it will win people over, why they want to raise taxes to throw money at things, why they refuse to ban or vet terrorists, why in general they want globalism and socialism. They do not have intellectual integrity so they appeal to emotional tactics.
Recently at a progressive church the pastor gave an emotional appeal about the borders; she said, ‘borders are just lines; they are arbitrary human constructs. If we really loved we wouldn’t need that’. This is an emotional half truth. We all know that people, to be psychologically healthy, need to have good borders. We need them to have a sense of self and where not to let others into that space, and those that we choose to be able to come in. It is because we have a strong center and identity that we can keep out harm and have healthy intimacy. It is the same with a nation; we must have well defined borders and a strong center with strong resources before we help others, otherwise we both drown and become weak. To have no respect for borders is the opposite of divine order
Theologically what goes hand in hand with false compassion is the belief that there is no hell. Proggressives believe it is not compassionate to believe there is a hell. This is part of operating on half the equation of life. Now all of this takes place according to degrees. A lot of people know where not to cross the line. For those that take this to an extreme they will justify a lot for the sake of ideology, like antifa types that do actual violence and damage to property, or the antics of Kathy Griffin and Maxine Waters. On the local news channels now they claim that Trump started the cruel practice of separating parents and children when they know damn will he did not, but it was passed by congress and other presidents long ago. Trump fixed it, and like a man of wisdom he is also keeping borders safe. On CNN they actually have a talking head say all Trump voters are nazis who are complicit with a barbaric immigration policy. This is an example of an absurd thing to say that dehumanizes people so that they can feel that their opponents have no rights, and no worthy voice. When you see your opponent this way it is easy to justify violence. But this sort of thing happens in many little ways. My friend said the other day to a friend at the kava bar in Berkeley that it was a good thing that Trump did in Korea. They other guy said ‘you can’t say that here’.
Most people see through all this. I am painting a picture here of how it works to give an idea of the cause of whats going on, and to help people be able to articulate it when someone tries to deny their right to address it.
Here is the worst case scenario of how this can lead to violence. When one doesn’t believe in hell and actively denies it that allows hell to run circles around that person or society. And when we don’t believe in God and deny Him we lose the protection of God and his angels. Some would say that this is not compassionate of God, but they are wrong, because the person did it of their own desire and will. God does everything possible to stop them, but they throw them self into hell.
Fortunately we have a nation that is tethered to God in its origin, and a president now that fights for God in America and instinctively knows how to be in union. This practice brings great joy to God and His angels, and joy and prosperity to our nation.