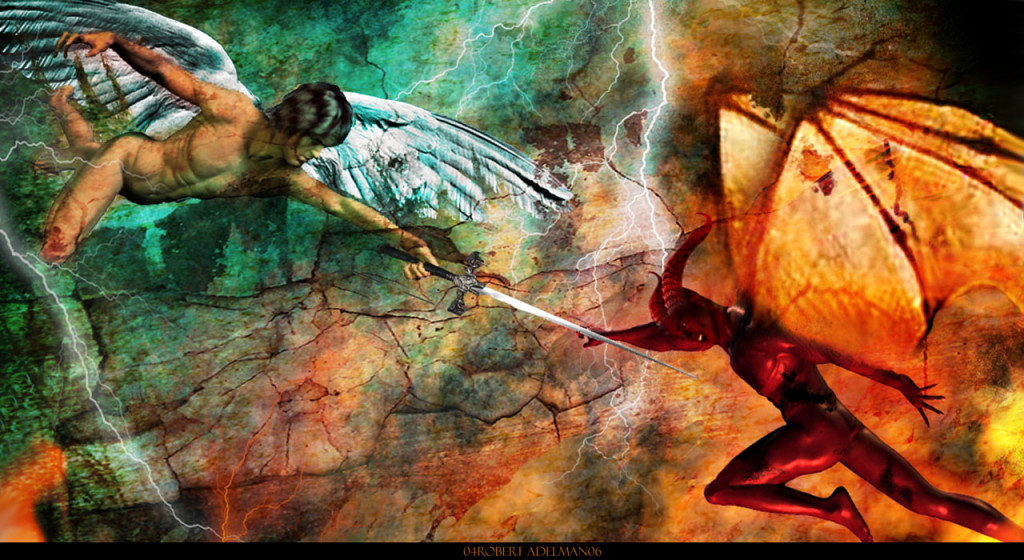 In contemplating equilibrium the question comes up, why must there be a balance between good and evil in life on earth, and, did God create evil? God did not create evil. The existence of evil is inevitable with freedom. This is what the story of the fall is about. It is important to understand that God is never anything less than pure love and wisdom. It is abhorrent to even think that the divine could think, create, or be evil. If God were to do evil for an instant the universe would cease to exist; just as in a sun, once it begins to produce iron in its core it is mere seconds away from exploding. God sustains the whole of the universe every moment by his might alone with the same power it took to create the universe. Understanding that God is never less than love seems to be very elusive for many people, but it is extremely important. In Him is infinite variety, infinite wisdom, and infinite love. God is self-contained, and has no need but one, and that is to be of use to mankind.

Man can only be man, that is, he can only have a self if he is in freedom, for freedom inherently includes the possibility of willing evil – there is no escaping this reality. So as shown in the story of the fall man abused freedom, and it gradually came to be that there is an equilibrium between heaven and hell. Heaven and hell can both influence man, but neither can compel man, for to compel would be to compromise freedom. So evil is caused by man, not God, but God allows it so that man can have life. An important scripture that speaks to the inevitability of equilibrium in the universe and our place in it is this: “Woe unto the world because of offences! for it must needs be that offences come; but woe to that man by whom the offence cometh!” The first rule to receiving God is to resist evil; without strife we cannot appreciate harmony, without ugliness we cannot appreciate beauty, without conflict there is no story. There must be contrast and variety for there to be life, growth, and perception. Contrast and variety provide the vitality in life. If everything were monotone, as in a white-out, or black-out, there would be no perception or individual identity. This is why it is inherent to the life of humanity that it can not be otherwise but that there is good and evil; but the most essential reason there is equilibrium between heaven and hell is that freedom is the fulcrum upon which the life, self-hood, and the salvation of man depends. Freedom is both the means of salvation and the cause of hell. Human freedom stands upon the point of perfect balance between good and evil, and God alone maintains this balance point with his infinite might. If one or the other were to begin to increase in power above the other freedom would be compromised and man’s self-hood would be lost. Man’s freedom is a sacred law of divine order, for humans have not existence without it. Three times in history hell began to over-run heaven; at the time of Noah, the advent of Jesus, and in the second coming. Each time God had a plan and by his might aone corrected it.

It is an important to see that Human salvation completely depends on freedom. In grasping this we can look to a simple truth that we all know and experience, and that is, that to have a friend, or to be in love with someone, we know it must be mutual; both parties must agree to the bond. In the same way the relationship between man and God is reciprocal; it is not possible for humans to bond with God unless we act in freedom from the love from our own will. He is always turned to us, and, as He said, ‘we must turn to Him’. Love and awareness are the heat and light that forge the bond between humans and God.

Nevertheless, the last thing this equilibrium means is that good and evil can be relativized. Good and evil are opposite and utterly abhorrent. This why in the spiritual world heaven and hell are completely separate and cannot mix. But here on earth we are in the midst of good and evil. The truth that they are in equilibrium does not take away from the terrible consequences of evil choices in life. This is what is meant by the statement, ‘woe to that man by whom the offence cometh.’ In the battle between good and evil, it is paramount that we favor the good in our heart. Whether it bears fruit or not, we must still try for God knows our heart and our salvation depends on it.